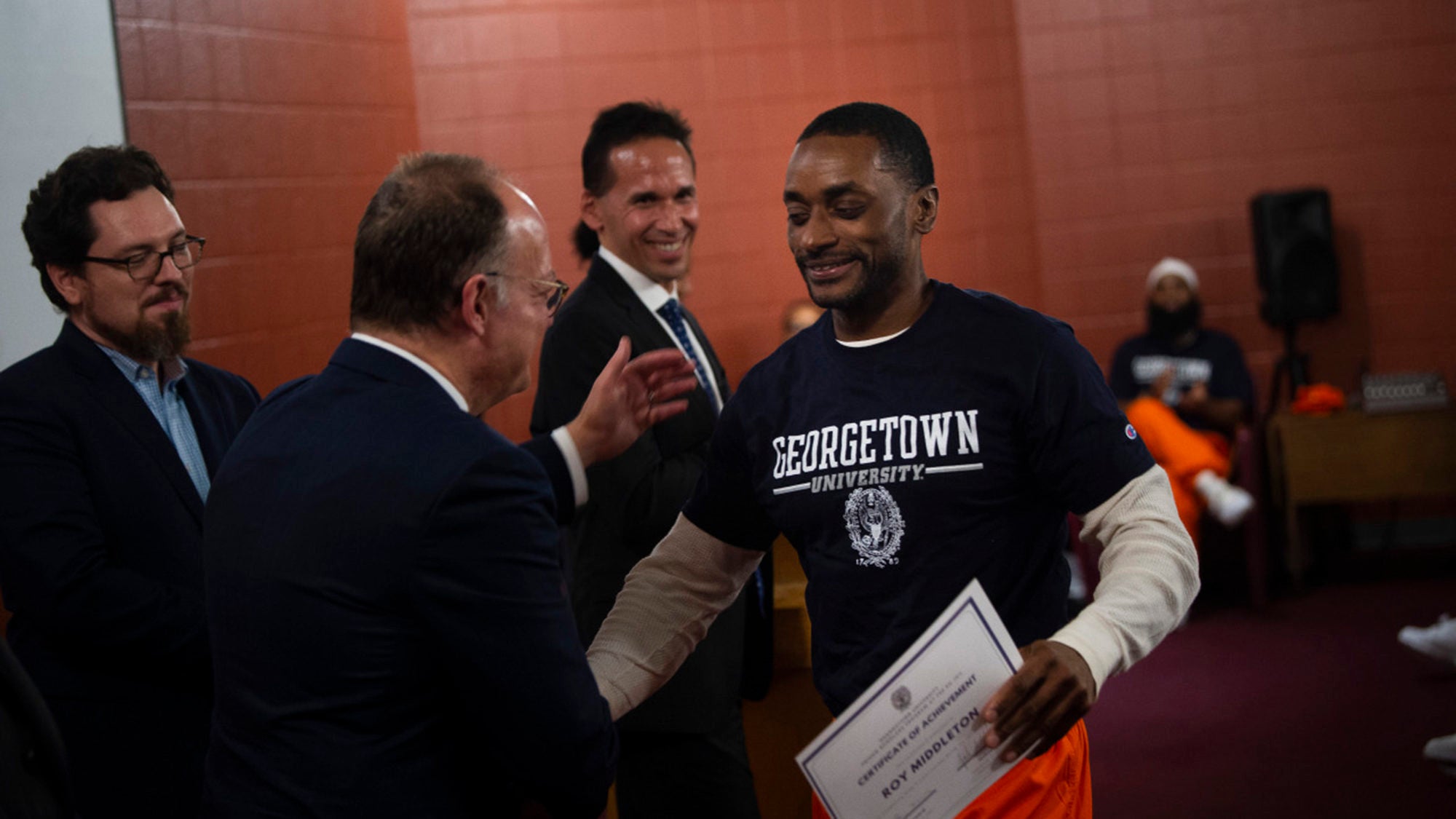 Georgetown’s Prisons and Justice Initiative (PJI) will use a Second Chance Pell grant from the U.S. Department of Education (DOE) to bolster existing programs and launch a new Bachelor of Liberal Arts program at the Patuxent Institution in Maryland.

The grant will provide $6,345 for every full-time student in PJI’s Prison Scholars Program at the DC Jail and will also help the initiative expand to Maryland, with the goal of opening in January 2021.

“Georgetown has been committed to teaching in prisons in one way or another for almost 40 years,” says Joshua Miller, director of education for the Prison Scholars Program. “The new Pell grant, along with our $1 million grant from the Andrew W. Mellon Foundation, will allow us to ensure that commitment for years to come, with a bachelor’s degree and an expanded footprint in Maryland.”

PJI launched the Prison Scholar Program in January 2018 and since the fall 2018 semester provides credit-bearing courses with the support of the School of Continuing Studies to scholars at the DC Jail.

The Vera Institute of Justice, which works with the DOE, notes that a majority of incarcerated people in the Maryland prison system and other area facilities are Pell-eligible, but they’ve been banned from using Pell grants to access postsecondary education since 1994.

“The Second Chance Pell Grant will allow Georgetown to fulfill its mission of both educating and making the world a better place,” says Christopher Celenza, dean of Georgetown College, which provides administrative support for the Prison Scholars Program. “Reaching out to the incarcerated in the hopes that they can learn, acquire needed skills and gain a better life represents one important part of the university’s Jesuit mission.”

The university is one of 67 institutions of higher education to receive a Second Chance Pell grant this year.

“With our Maryland expansion, we will enroll four cohorts of 20 to 25 students, eventually reaching around 80-100 students,” says PJI director Marc Howard. “Thanks to Pell and Mellon Foundation support, we will create a thriving educational community and culture of scholars who embody Georgetown’s values and ideals. Over time, we also hope to expand into additional facilities in Maryland and Virginia.”

According to the Rand Corporation, incarcerated individuals who participate in higher education programs are 43% less likely to return to prison.

Roy Middleton, who went to prison at age 16 and served almost 25 years, took seven of Georgetown’s credit-bearing classes at the DC Jail since the spring 2019 semester and received straight As.

Released in December of 2019, he plans to continue his education to finish his undergraduate degree at the university’s School of Continuing Studies.

“Georgetown’s program has helped me to achieve my academic potential and has inspired me to continue learning and growing, he says. “I’m so fortunate to have been given this opportunity, and it has definitely prepared me well for life on the outside.”

“There are millions of people behind bars in America who would not be incarcerated in most of the world,” Miller says. “This includes generations of should-have-been undergraduates who have never had the chance to be that first-year student in a philosophy class or to write that senior thesis on trade policy.”

“Georgetown is committed to educating the next generation of formerly incarcerated leaders who will help to reverse the policies that trapped them,” he adds. 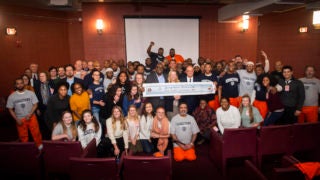