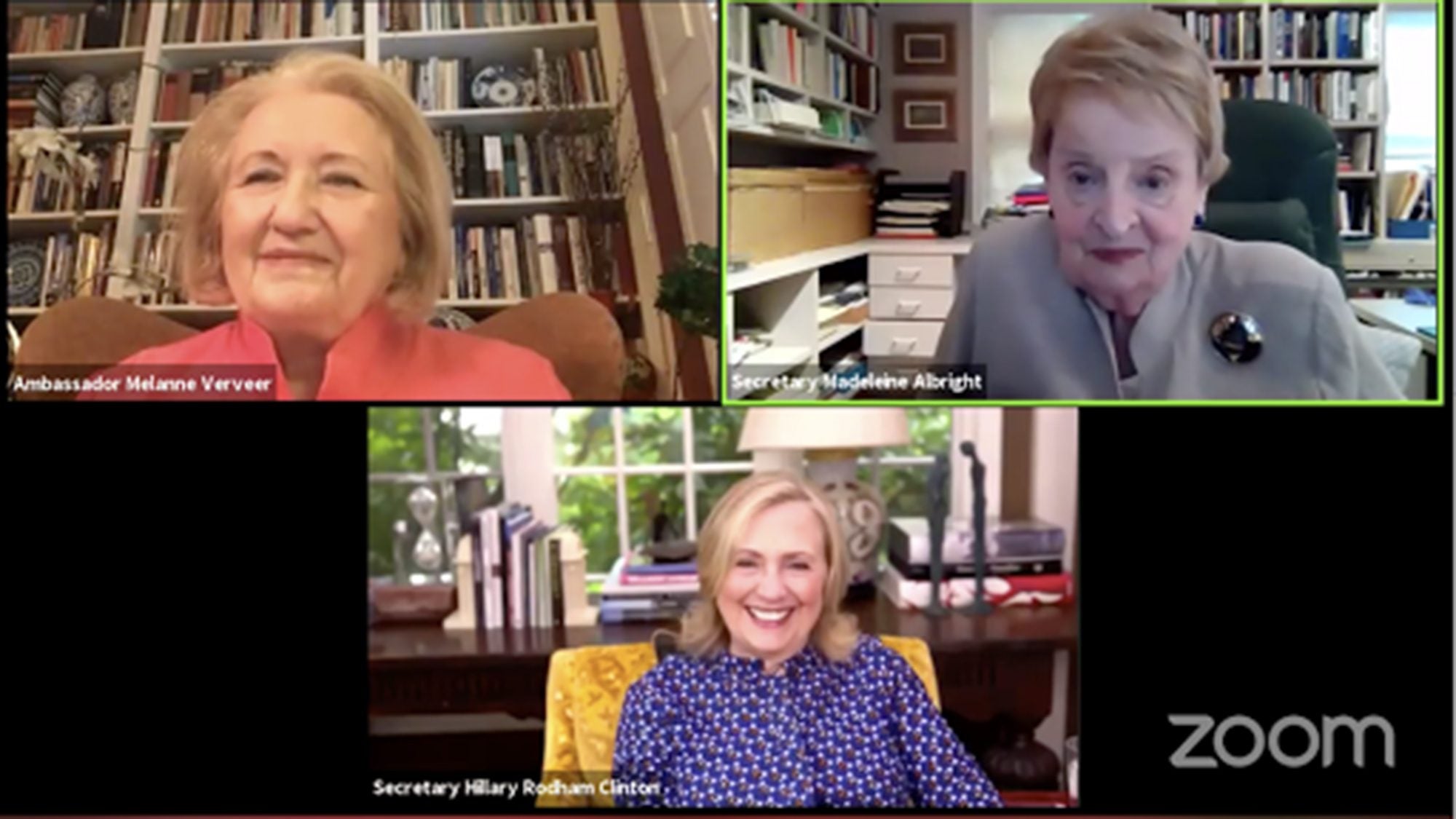 Clinton participated in a virtual university event with Madeleine Albright, also a former secretary of state, to celebrate the 25th anniversary of the United Nations’ Fourth World Conference on Women in Beijing, where Clinton coined the iconic phrase “women’s rights are human rights.”

“One of the things we saw after Beijing were a lot of laws being changed,” she said during the event, hosted by the Georgetown Institute for Women, Peace and Security (GIWPS). “But the culture, the social and religious pressure, did not result in the kind of claiming of rights that women deserve. If women do not have the power to execute on the laws that were changed, then they will not see the kind of progress toward equality that they deserve.”

More than 170,000 people watched the event, which was streamed live on Facebook.

Following the Beijing Conference, Clinton and Albright – now the Michael and Virginia Mortara Endowed Distinguished Professor in the Practice of Diplomacy at Georgetown’s School of Foreign Service – worked closely to fulfill the commitments of the 1995 Beijing Declaration and Platform for Action, the most comprehensive blueprint for women’s equality in history.

“I decided to make women’s issues central to foreign policy not because I am a feminist, but because I know when women are more empowered, the situation is better and it’s in the American national interest,” Albright said.

The event marked the launch of a new Georgetown report that documents serious and persistent challenges for women and girls and proposes a course of action building upon the original Beijing Declaration and Platform for Action.

“While there has been progress over the past 25 years, in no country has the gap closed between men and women in terms of gender equality,” said GIWPS Executive Director Melanne Verveer, who moderated the discussion.

“Beijing+25: Accelerating Progress for Women and Girls,” a collaboration among GIWPS, Clinton, the Rockefeller Foundation and 25 global leaders, finds women have achieved parity in education in large portions of the world and that far fewer mothers die in childbirth.

Between 2008 and 2017, a total of 131 countries passed 274 legal reforms that helped loosen restrictions on where women can work and gave women equal rights on matters of inheritance, family law, and protection against violence.

Every year, 13 percent of women experience sexual or physical violence inflicted by intimate partners, with prevalence rising to 18 percent in fragile and conflict-affected countries, according to the report.

Women in these countries also remain largely excluded from decision-making – in governments, in peace negotiations, and in corporate leadership.

And the report finds that when it comes to paid work, men do nearly double the share of women, while women do nearly three times as much unpaid work as men.

“We live at a watershed moment for women,” Clinton said at yesterday’s event. “Seldom has the world so urgently needed gender equality. It is up to us to demand it.”

Beijing+25 proposes a course of action to leverage multiple actors – from civil society and youth, male allies and traditional authorities, to the business community and multilateral agencies.

It also emphasizes the need for an intersectional approach that elevates traditionally marginalized voices.

“We need to remember that the job of securing women’s rights is not done,” Albright said. “This is not something you fix and it stays fixed. It requires our complete dedication.” 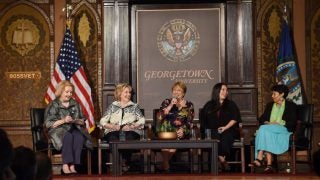 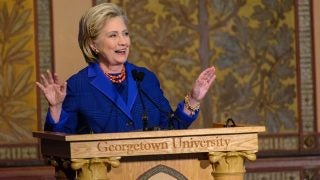 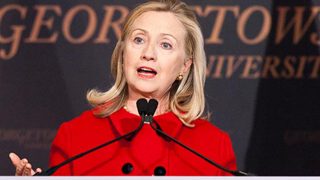