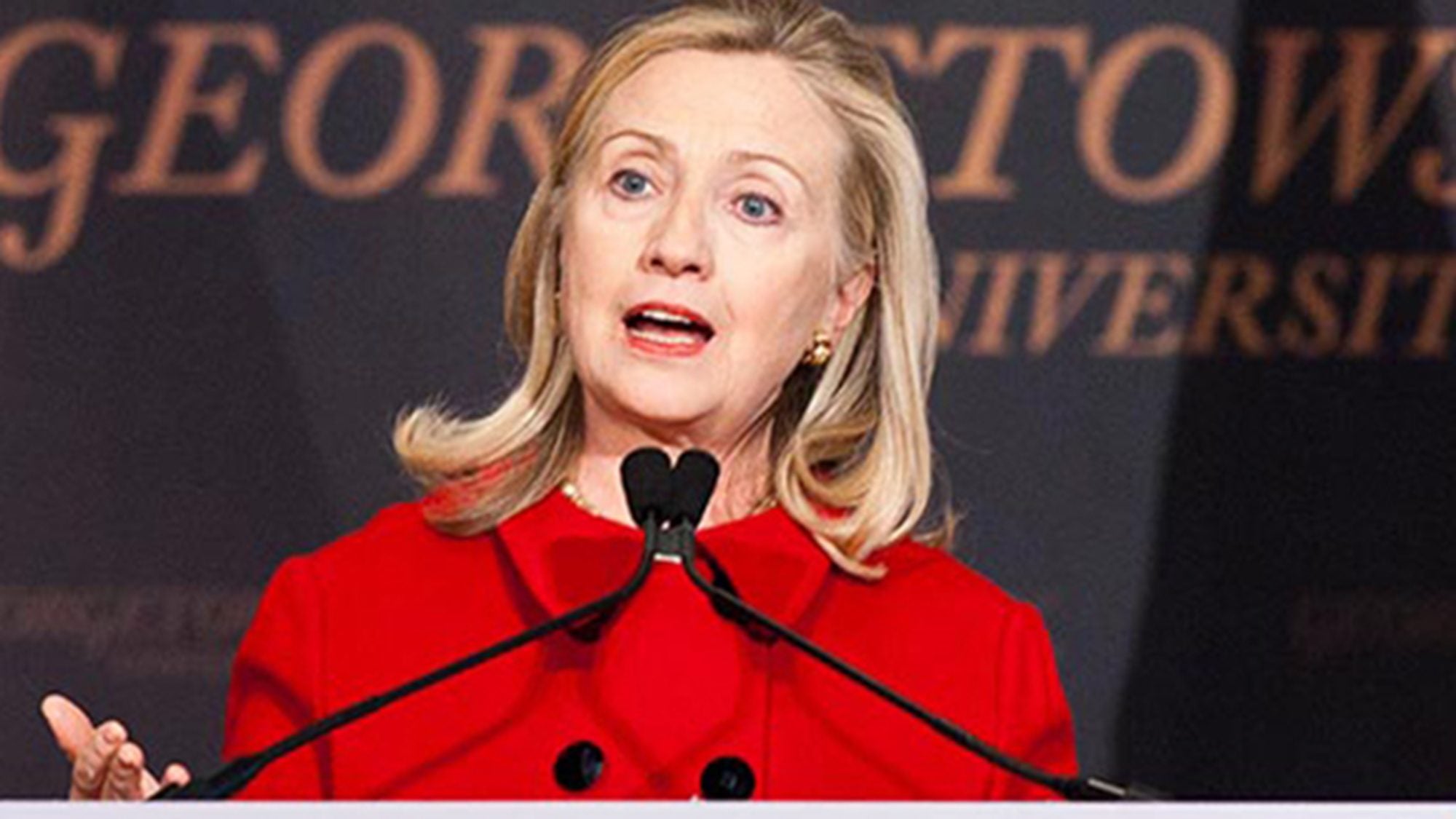 Secretary of State Hillary Clinton comes to Georgetown to launch the U.S. National Action Plan on Women, Peace and Security, the result of a U.N. resolution.

Secretary of State Hillary Clinton came to Georgetown today to launch the U.S. National Action Plan on Women, Peace and Security, the result of a U.N. resolution.

The resolution suggested that each country adapt its own national action plan on women peace and security. President Obama signed an executive order earlier today directing that the plan be implemented.

The plan focuses on protecting women as agents of peace, and involving them in preventing, responding to and resolving conflict.

“For years, many of us have tried to show the world that women are not just victims of war, they are agents of peace,” Clinton told an audience of students, faculty and distinguished guests.

She noted the atrocities against women in various areas of the world.

“Dozens of active conflicts are raging around the world, undermining regional and global stability and ravaging entire populations,” she said.

In Goma, a city in the Democratic Republic of Congo, she said she visited a refugee camp where women were sexually attacked when they went to get wood for cooking, despite the presence of humanitarian relief workers.

“And it struck me as sort of strange,” she said. “Here we had all these people, couldn’t we organize either teams of people to help the women as they went out and to protect them or was there a better way that we could eliminate the problem.”

GETTING THE JOB DONE

She said there is increasing evidence that shows “how women around the world contribute to making and keeping peace and that these contributions lead to better outcomes for entire societies.”

Clinton also said that the action plan was not just about women.

“It cannot be relegated to the margins of international affairs,” she said. “It truly does cut to the heart of our national security and the security of people everywhere.”

Included in the audience were members of Congress, the diplomatic corps, ambassadors and representatives of numerous U.S. agencies and departments.

Atifete Jahyaga, the president of the Republic of Kosovo, and Melanne Verveer, the United States ambassador-at-large for global women’s issues also were in the audience.

Verveer holds a bachelor’s degree and master’s degree in languages and linguistics from Georgetown.

“This great university has such a long history of nurturing diplomats and peacemakers and at least one former president who still bleeds blue and gray,” Clinton noted in the beginning of her speech.

“There are a number of outstanding nongovernmental organizations focusing on the role of women, but there is limited research done in universities on women, conflict, political transitions and humanitarian emergencies,” said SFS Dean Carol Lancaster.

The initiative will bring together partners across the university. The resulting institute will convene leaders, scholars and practitioners who work on the topics of women, peace, security and development.