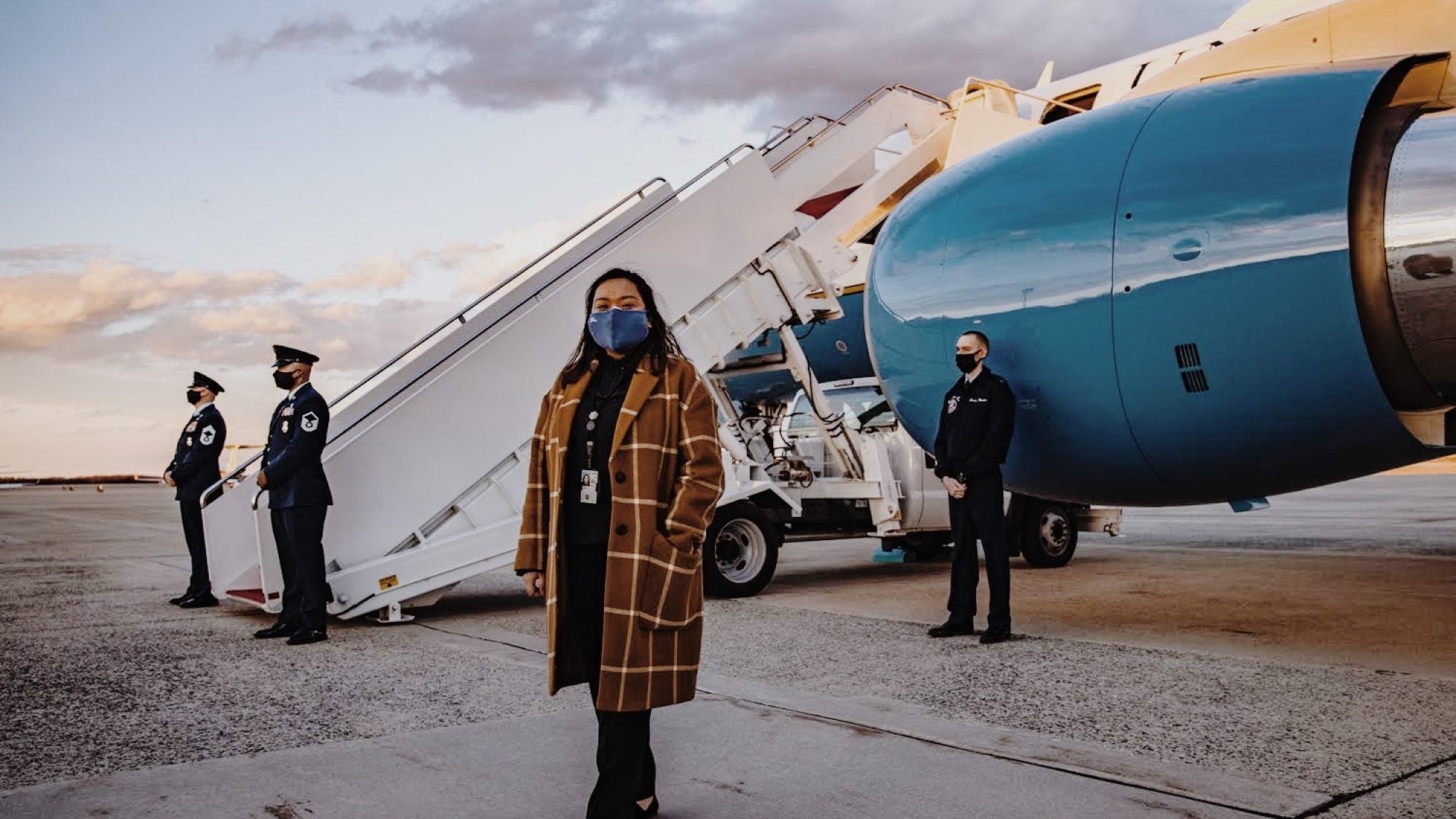 Title: After 10 Internships, This 2020 Alumna Landed a Job at the White House

On a Tuesday in April, Angela Perez (C’20) walks from the Metro to her desk in the White House.

She grabs a Pop-Tart and settles in for a fast-paced morning: finalizing the briefing book for White House Press Secretary Jen Psaki’s 3 p.m. press briefing.

Perez is the press assistant for the White House, a role she was promoted to after working for the Biden presidential campaign in the months following her graduation from Georgetown. By the time Perez graduated, she had 10 internships under her belt — experiences, she says, that prepared her for her current job.

“Being at Georgetown and having high standards and expectations of its students has been very helpful,” she says. “The job can still be overwhelming, but I know that if it weren’t for my past experiences, it would’ve been a lot harder for me to keep up.”

Finding Her Niche at Georgetown

Perez was drawn to Georgetown for its access to political opportunities and DC location. She had grown up interested in politics — she remembers her mom ironing her school uniform in Queens, New York, with CNN on in the background, following presidential races and tracking the names of local government officials — but she didn’t realize she could major in the field until her sophomore year.

Uncertain of her academic path, Perez had reached out to her advising dean in Georgetown College, who recommended she try taking courses that she was interested in that fall semester. After enrolling in journalism and government courses, Perez knew she was on the right path.

She spent the remainder of her college career pursuing internships in public service and communications in New York City, DC and at Georgetown.

“I was like, how many can I gobble up while balancing the course load?” she says.

During her sophomore year, Perez interned for two public servants who represented her hometown’s region: U.S. Rep. Grace Meng and soon-to-be Rep. Alexandria Ocasio-Cortez. The internships peeled back the curtain on politics and unknowingly prepped her for future campaign work, she says.

Perez wrote feature articles for The Hoya, interned at DC-based communications companies and start-ups and served as an intern for Georgetown’s Office of Strategic Communications, gaining experience in writing, staffing events and monitoring media coverage that also informed her future work on the Biden presidential campaign.

For the entirety of her senior year, Perez interned for CBS News’ political unit, helping to cover the 2020 presidential election and often working late nights after class.

“I loved it,” she says. “I loved how everything was a quick turn. I loved how you had to be exacting but really quick. I was fully all in at that point.”

Perez was all in on becoming a political journalist. But she graduated in 2020, at the beginning of the COVID-19 pandemic and during industry layoffs. After applying for an internship on the Biden presidential campaign, Perez would spend the next seven months working for the campaign, where she was quickly promoted to national communications assistant and then to press assistant for the Biden-Harris transition team.

In December of 2020, Perez’s name was listed on the news release announcing President Biden’s communications team. Since January 2021, she’s traveled to Europe on Air Force One with the president and worked closely with his communications team on events, press briefings and policy and initiative rollouts.

“When I look up from my laptop and see the work I’m doing, I still cannot believe that I work here. It feels very surreal.”

An Inside Glimpse at the White House

Perez invites readers on a behind-the-scenes tour of her workday at the White House.

We have a morning call at 7:30 a.m. every day that I take on the Metro. Our press team chats through relevant topics and news for the day and things to flag for Jen [Psaki] and for Jen to flag for the president.”

I drop my stuff off at my desk and head straight to our cafeteria. They have little homemade Pop-Tarts so I get that and a cold brew. I’m back at my desk by 8:05 a.m. checking my email.

8:05 a.m.-9 a.m.: “Until 9 a.m., I’m reacting to a lot of emails and press inquiries. I’m also starting a new document for Jen’s briefing book and emailing folks to send me their talking points for the book.

If I’m sitting in the lower press office that day, reporters can walk in, and I answer their questions.” 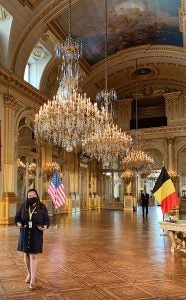 the president, and we get right into prepping for that day’s press briefing. I’m the traffic cop in making sure that whatever should be flagged is flagged, whatever she needs is prepared and printed in the book. And I make sure she has the most updated, most current, most correct talking points in her book. There are always updates.”

Noon: “I’m usually running around during lunch. Yesterday was bad, I bought a Hot Pocket from the vending machine.”

3 p.m.: “During the press briefing, I stay in Jen’s office and take notes. A colleague and I take down all the questions and answers and flag what Jen says she will follow up on.”

4 p.m.: “Jen comes back to her office, and we do a quick debrief. We look at the notes and flag things we need to follow up on. Then the day starts to simmer down, depending on whether there are more events.

I go through any fact sheets and statements that we’re rolling out. There are background calls with reporters that I help manage. And I prepare for what will be most relevant the next day.”

5:30 p.m.: “Our team has a wrap-up meeting. We hammer out what we want to emphasize for tomorrow.”

6:30 p.m.: “I take the Metro home and call my mom [laughs] because I’m an only child and I want to make sure she’s doing okay. I then heat up a Trader Joe’s meal or meet up with Georgetown friends.

Later I open my laptop to do some more work to prep for the next day.”

10:30 p.m.: “Lately I’ve been watching Abbott Elementary, Bridgerton and Severance. I also listen to music while I wash my face and brush my teeth.” 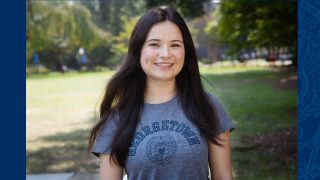 ‘It Was All Very Worth It’: A Snapshot of a Senior’s Four Years at Georgetown 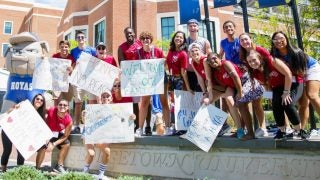 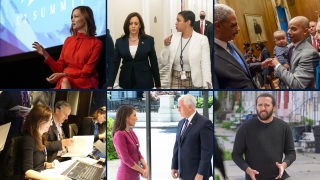