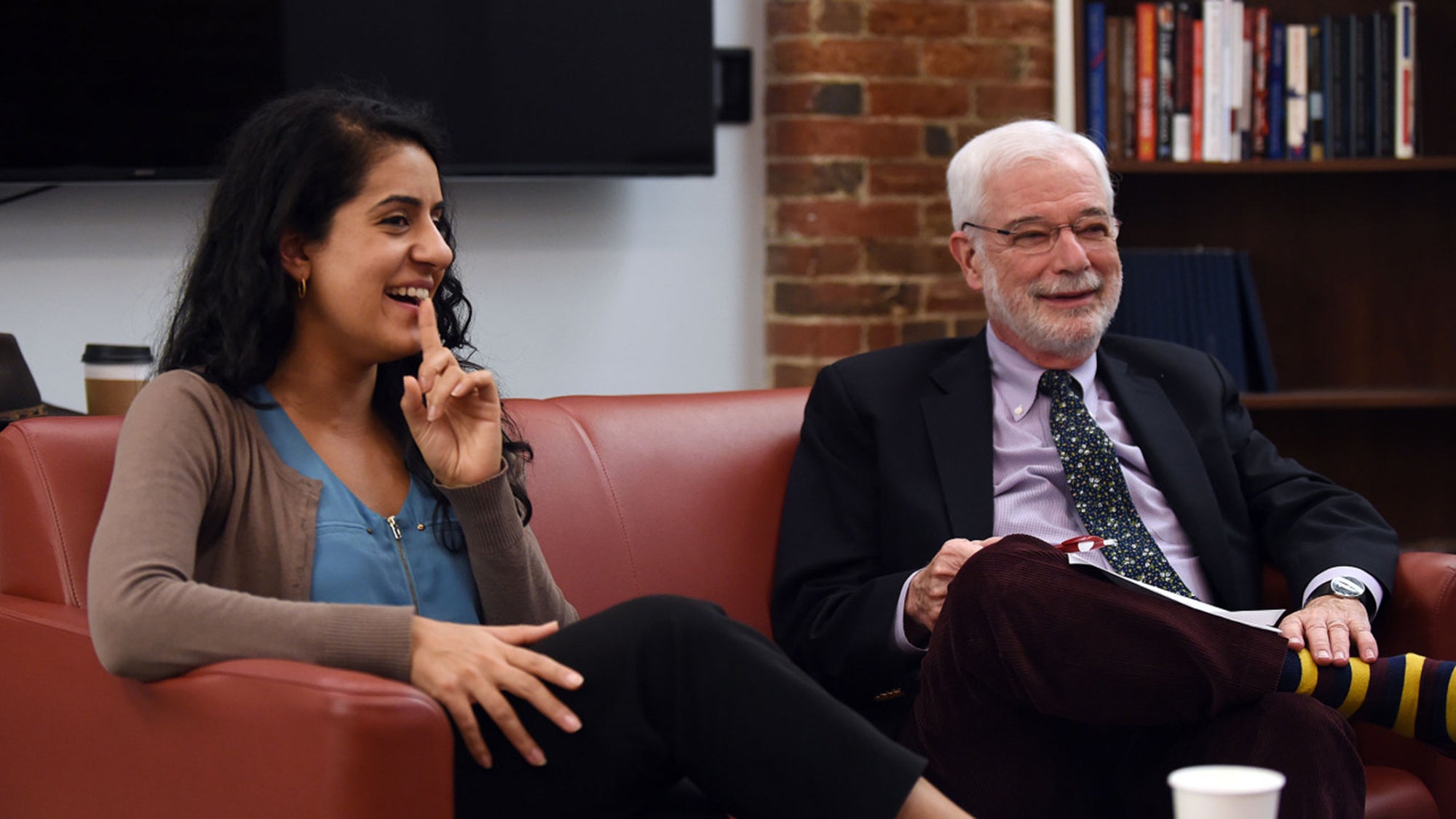 “Any conversation about comedy is always helpful for me on a personal level in terms of how I’m developing my own comedy,” says Renslo, an English major from Los Angeles, “but also in terms of how I understand the larger landscape of comedy because it changes so much and so frequently.”

Georgetown’s Free Speech Project, for which Renslo serves as a research assistant, sponsored the event, which she arranged because she noticed that “a lot of trends where comedy and free speech were intersecting.”

I thought it would be super cool to investigate this on a more academic level,” she says.

Renslo helped arrange to bring Izadi, who writes on pop culture and comedy for The Washington Post’s Style section, to Georgetown.

The sophomore is a member of the Georgetown Improv Association, previously known as the Georgetown Players Improv Troupe, which has produced comedians such as Alison Becker (C’99), Mike Birbiglia (C’00), Nick Kroll (C’01) and John Mulaney (C’04).

The Free Speech Project at Georgetown is an independent, nonpartisan initiative working to assess the condition of free speech in the United States today in education, civil society and government.

The project is directed by Sanford Ungar, a veteran journalist and former college president.

Ungar interviewed Izadi at last night’s workshop about her experience talking with well-known comedians, doing stand-up and the ways in which comedy can define and cross boundaries.

“There’s a history in this country and in other countries of comedy being a space where there are boundaries being pushed against people in power,” says Izadi, who also has covered everything from crime to Congress. “It’s a really powerful art form because you can very easily subvert ideas and get to the core of an issue.”

She talked about presidents being lampooned on Saturday Night Live and how recent reactions to making fun of politicians seem stronger than they used to be and have included threats of legal action.

“When you have a president of the United States saying that about a TV show that kind of sends a little bit of a chill down your spine if you’re thinking about free speech,” Izadi says.

But she adds that she’s not that worried about actual legal action being taken against comedians.

“We’re not locking people up for their speech the way we did with Lenny Bruce,” the Washington Post reporter noted, referring to the stand-up comedian who in the 1950s and 1960s was frequently arrested for obscenity.

While they are no longer jailed, she says comedians are still misinterpreted.

“The goal of these workshops is to expand the constituency for free speech on Georgetown’s campus,” Ungar says. “One of the ways to explain the free speech crisis in this country today is to demonstrate how it affects so many different parts of our lives.” 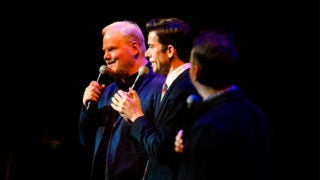 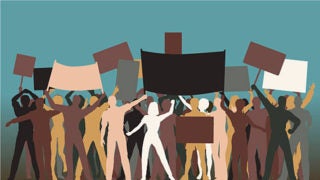