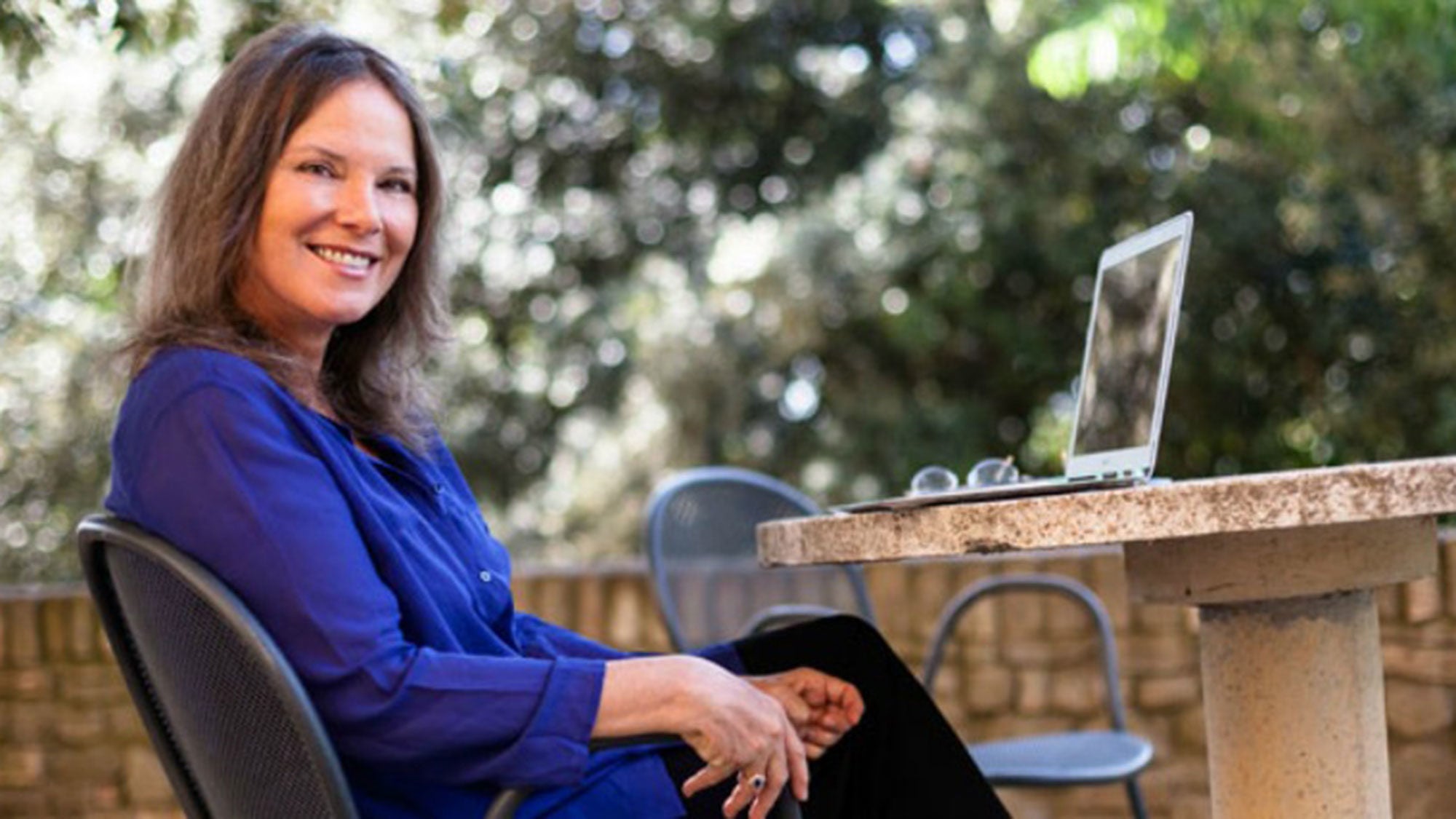 The Academy honors Fellows for their distinguished poetic achievement with a $25,000 stipend. Poets Gwendolyn Brooks and Georgetown alumnus J.D. McClatchy (C’67) also have received the honor.

“For her steady gaze into the abyss and for her crafted house of awakened human heavens where she calls us to live,” said academy chancellor Juan Felipe Herrera, “we celebrate and recognize Carolyn Forché and her heroic career: gathering word-by-word embers … to face and save lives.Beforethey are disappeared.”

Georgetown professor will be recognized during the Academy’s annual poet’s forum on Oct. 25 at the New School in New York.

The poet is also the author of Gathering the Tribes (Yale University Press, 1976), which was selected for the Yale Series of Younger Poets by Stanley Kunitz.

Some of her most recent work includes an anthology, The Poetry of Witness: The Tradition in English: 1500-2001 (W.W. Norton, 2014), that she co-edited with fellow Georgetown English professor Duncan Wu.

“The anthology rereads English language poetry in light of the impress of extremity or warfare, forced exile imprisonment experienced by poets who wrote in the aftermath of these experiences,” says Forché, who is director of Georgetown’s Lannan Center for Poetics and Social Practice.

She’s also working on a memoir, In Another Country, in Another Time, about her years in El Salvador just before the country became fully engulfed in its 12-year civil war.

“I spent some significant time in El Salvador in the late 1970s and finally left in March 1980, one week before the Archbishop [Óscar Romero] was assassinated,” she says.

At the time, Forché was a Guggenheim Fellow translating the works of Central American poet Claribel Alegría. While the latter poet was in exile in Spain for her political writings, Alegría’s relatives invited Forché to El Salvador.

“I became involved in documenting human rights conditions,” she recalls. “It was a period in which the death squads were very active. So there were many harrowing experiences.”

Over the years, Forché has collected other awards, including Lannan and National Endowment for the Arts fellowships and the Charity Randall Citation from the International Poetry Forum.

She also received the Edita and Ira Morris Hiroshima Foundation Award for Peace and Culture for her work on behalf of human rights and the preservation of memory and culture.

In the Lateness of the World is another forthcoming work by Forché.

“I think for me, it’s a book that’s somewhat elegiac. It’s a book about loss,” she says. “A number of poems in it mourn the loss of poets who have died and important people in my life.”

Some of the poetry that will appear in the new book already have appeared in The New Yorker and The Boston Review.

Forché says she finds poetry to be a miraculous medium in which she can lose herself. She also enjoys sharing that view with student poets at the university.

“Different people have articulated … [poetry as] the natural prayer of the human soul,” she says. “I feel very blessed to have this vocation.”