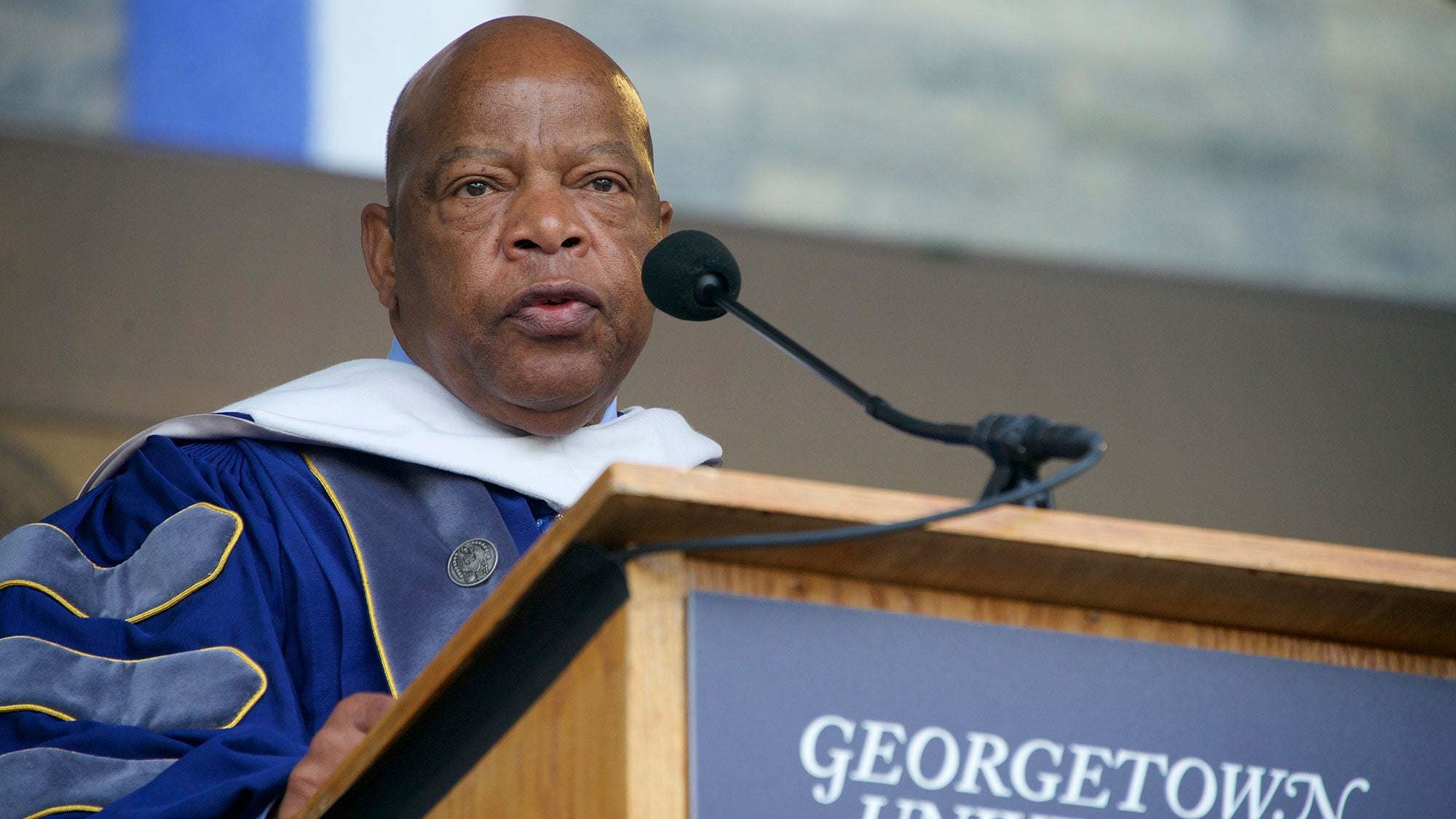 “The extraordinary life and legacy of Congressman John Lewis inspires our shared reflection and renewed action, as we seek to uphold our deepest held values as a university, and as a nation,” says Georgetown President John J. DeGioia. “We are grateful for the moments that he shared with our Georgetown community over the years.”

Lewis, who died July 17 at the age of 80, became active in the civil rights movement at a young age – joining in marches with the Rev. Martin Luther King Jr., serving as a leader of the Student Nonviolent Coordinating Committee (SNCC) and organizing countless sit-ins, voter registration drives and Freedom Rides throughout the segregated South, where he endured brutal beatings at the hands of white supremacists.

“His compassion, his unwavering pursuit of justice and equality and the moral imagination that characterized his remarkable life and career in public service continue to invite us and challenge us to respond to the injustices of our time,” DeGioia adds.

Maria Cancian, dean of the university’s McCourt School of Public Policy, says Georgetown students can take away an important lesson from the life Lewis led.

“Congressman John Lewis stands as an extraordinary and inspirational example of an effective changemaker – working both inside and outside the system, demanding that we expect better of our country and ourselves,” she says.

In 2015, Lewis received an honorary degree from Georgetown and shared remarks with graduates and their families as the McCourt School’s commencement speaker.

“If we want to see a nation, a world at peace with itself, then we must live peaceful lives,” he said. “We don’t need to spend more money, more of our limited resources on bombs, missiles and guns.”

“Use our resources to help those that have been left out and left behind,” he added.“I tell you, in spite of all the difficulties, I’m still hopeful, still optimistic. You must be hopeful. You must be optimistic.” 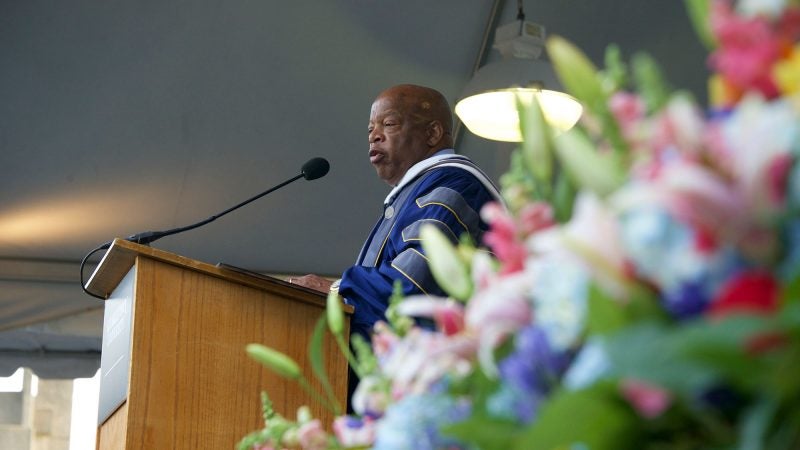 Lewis was the last living member and speaker who was on the dais the day King made his iconic “I Have a Dream” speech during the 1963 March on Washington. In 1965, Lewis led over 600 civil rights protesters across the Edmund Pettus Bridge during the historic “Bloody Sunday” march in Selma, Alabama.

“You may get arrested and go to jail a few times. You may get beaten or bloody, but you’re making a down payment on building the beloved community,” he told a Georgetown audience during a 2017 panel discussion on “Confronting Racism in our Hearts and in Our Nation.”

“John Lewis is proof that one does not have to lose their idealism, their generosity of spirit or their willingness to fight as they grow older,” Chatelain says. “Congressman Lewis’ life was a shining example of what happens when you orient your life toward justice and that ultimately grace and love are the most powerful weapons against racism and hatred.”

Chatelain lamented the loss of a legend at a time when our nation is battling crises.

“My grief over the loss of the congressman is rooted in my deep admiration and respect for his work, as well as a deep sadness over the fact that at the end of his life, he was forced to bear witness to a nation that has hardened its hearts to his beautiful example and has chosen hate over love, time and again, in the election of many of its leaders and in the systematic suppression of the vote,” she says. “I hope that the loss of the congressman will be a moment for those who believe in justice to recommit to the struggle out of appreciation for his life.”

Lewis visited Georgetown numerous times over the past two decades. His visit in 2014 was a result of his connection with Georgetown alumnus Andrew Aydin (G’12).

Aydin, who received his master’s degree in liberal studies from Georgetown’s School of Continuing Studies, began working for Lewis in 2007, serving as the congressman’s policy adviser and digital director until his death last week.

The two not only worked together on Capitol Hill, they also co-authored March, a trilogy of graphic novels that chronicled Lewis’ experience in the civil rights movement.

The idea came about after Aydin wrote his master’s thesis on the 1957 comic book Martin Luther King and the Montgomery Story and the role it played in the early days of the civil rights movement.

“We would stay up late after work on the phone, doing interviews trying to get the books right. Sometimes he would fall asleep on the phone and sometimes I’d fall asleep,” Aydin says. “It was a magical little safe space for us to create.”

In 2016, March: Book Three became the first graphic novel to win the National Book Award, and the book is now used in classrooms, eighth grade and higher, to teach students about the civil rights movement.

Aydin and Lewis published Run: Book One in 2018. The book captures the behind-the-scenes struggle that people of color endured for the right to register, vote and secure equal representation in their elected leaders.

The alumnus plans to continue the series, this time without the writing partner he’ll miss.

“The congressman was just this incredible human being in ways that I don’t think people fully understand,” Aydin reflects. “He was kind and funny, and he liked to play jokes, and he liked to laugh. He really took pleasure in the process and in each victory.” 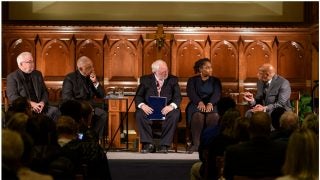 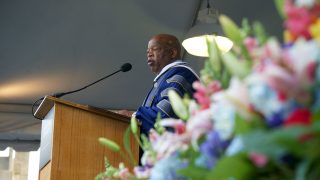