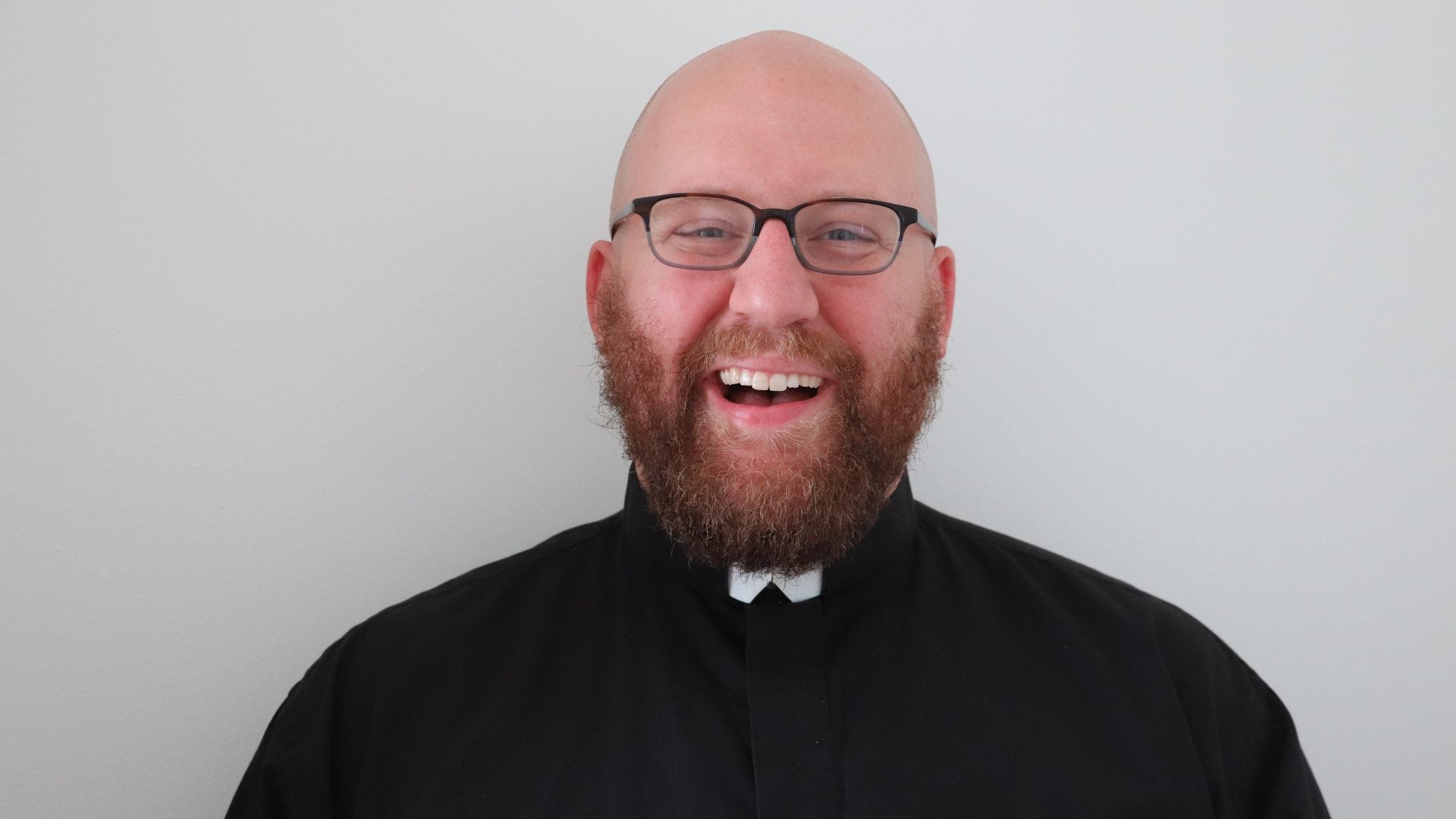 Title: How A Jesuit Brother Found His Groove—and Faith—in Woodworking

Ken Homan, S.J. (G’25), is a Jesuit brother who is pursuing his Ph.D. in U.S. history at Georgetown. As a Jesuit brother, Homan is a member of the Society of Jesus who has made religious vows and supports the mission and ministry of the Society. Jesuit brothers are not ordained as priests and receive similar training and formation required of all Jesuits. In his free time, Homan is a woodworker, which he finds connects to his Jesuit vocation, faith and research. During Jesuit Heritage Month, which celebrates Jesuit education and the arts this year, learn more about Homan’s passion for woodworking — and his newest project with Jack the Bulldog — in this first-person account.

“I grew up at the edge of the middle class in St. Louis. We had to do a lot of projects ourselves that we couldn’t pay somebody else to do.

I remember being eight years old and my dad teaching me to safely use a circular saw. I helped my dad rewire the house when I was 16. I helped replace a section of the fence in our backyard.

I enjoyed those projects, but once I entered the Jesuits is when woodworking really clicked as a hobby and passion.

Homan entered the Midwest Province of the Society of Jesus after his sophomore year of college at Creighton University. He had grown up around Jesuits on the college campuses where his mom worked and was inspired by the Jesuit martyrs who cared for the poor in El Salvador. He felt drawn to apply. The summer before he entered, he worked as a cave tour guide at Wind Cave National Park in South Dakota and built a custom frame to showcase photos from the cave afterward. He was hooked by the hands-on project, a passion the Jesuits supported.

For the first two years in the Jesuit novitiate, we got $50 a month of spending money. I needed to get Christmas presents for my family, and I realized I could make picture frames and a wine rack on $50.

I am a competitive weight lifter and powerlifter as well, and during my theology studies in Boston, the couple who owned the gym asked me to make them a big custom cutting board. When people saw that, they were like, ‘Can I also get one?’ I started to make more.

I recently made my friends a solid cherry dining room table. It’s a joy to be able to make something that is going to last generations.

Homan began his Ph.D. at Georgetown in 2020. His research focuses on the history of the Jesuits and labor in St. Louis, which he finds dovetails with his passion for woodworking.

Woodworking connects many different parts of who I am. I took the vow name St. Joseph [the foster father of Jesus] for St. Joseph the Worker who was a carpenter.

And for me, it’s prayer and a commitment to justice. When you’re working your way through 80- to 320-grit sandpaper, moving the sander in a circular motion for several hours, it’s a good time for quiet and prayer.

A lot of my work for my graduate assistantship and work as a Jesuit is union organizing and worker organizing. For my dissertation research, I’m looking at our relationship as Jesuits to workers. I’m asking questions like who did the Jesuits hire to build buildings in St. Louis? What was our relationship to urban infrastructure there? What is our relationship today? Supporting folks who are in the trades is a passion of mine, and one of my dreams is to open a Jesuit trade school.

Historically, Jesuit brothers did a lot of the blue collar work for the Jesuits. They were the cook, the cleaner, the maintenance man, the electrician. The Jesuits don’t need me to be a maintenance man, but it’s about having a connection to that history and to the people we serve.

Woodworking is a tool, an opportunity, a joy and part of my bigger vocation of being a Jesuit, who serves and works alongside people so they know that there’s someone there with them.

Homan recently began working on a project for Georgetown Athletics to build a doghouse for the university’s mascot, Jack the Bulldog, at men and women’s basketball games. He is partnering with students in the Maker Hub, a collaborative, community space on Georgetown’s main campus for hands-on learning and workshops.

Georgetown’s Athletics Department posted on Twitter recently that they were looking for a woodworker for a project. It turned into a neat opportunity to tell a bit of a different story of the Jesuits. So many folks know Jesuits in classroom or campus ministry spaces. I visit the Maker Hub and get to know the students there. A few of them are making pillows for the doghouse or 3D-printing its main gates, and may not encounter a Jesuit otherwise or someone who’s going to be there and talk about spirituality <laughs>.

As a Jesuit brother, I think we relate differently to people than priests do. I won’t be ordained or perform sacraments, but I’m still part of a religious order. I kind of operate in this middle space. I’ve had students say, ‘Brother Homan is an everyday guy; you can talk to him about anything.’ It creates a different kind of nearness.

I’m not sitting down in the Maker Hub asking, ‘So have you thought about Jesus lately?’ It’s more about meeting students where they’re at and that creates its own avenues and opportunities.

Jack the Bulldog’s doghouse will debut at the Dec. 3 men’s basketball game against South Carolina. Homan plans to attend.

I hope that when students see something built by a Jesuit, it will foster a few more questions about what it means to be a Jesuit, and perhaps spark the interest of a few Jesuit vocations.

But perhaps more importantly, I hope it will get students to ask what vocation means to them more broadly. So much of the messaging they get is about finding a job, hustle-and-grind culture, getting the best paycheck to buy happiness.

If we can encourage students to think about what they’re creating, how they’re sharing gifts with others and finding opportunities to thrive, I think we’ll create a better world.

So my hope with the doghouse is less about it actually being at the game and more about what questions I hope it sparks. That said, if it brings a little joy and school spirit, that’s a pretty darn good thing as well!

“If we can encourage students to think about what they’re creating, how they’re sharing gifts with others and finding opportunities to thrive, I think we’ll create a better world.” 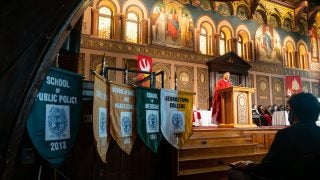 4 Hoyas’ Zigzag Journey of Living the Spirit of Georgetown 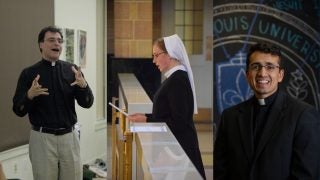 3 Alumni Who Found Their Religious Vocations on the Hilltop