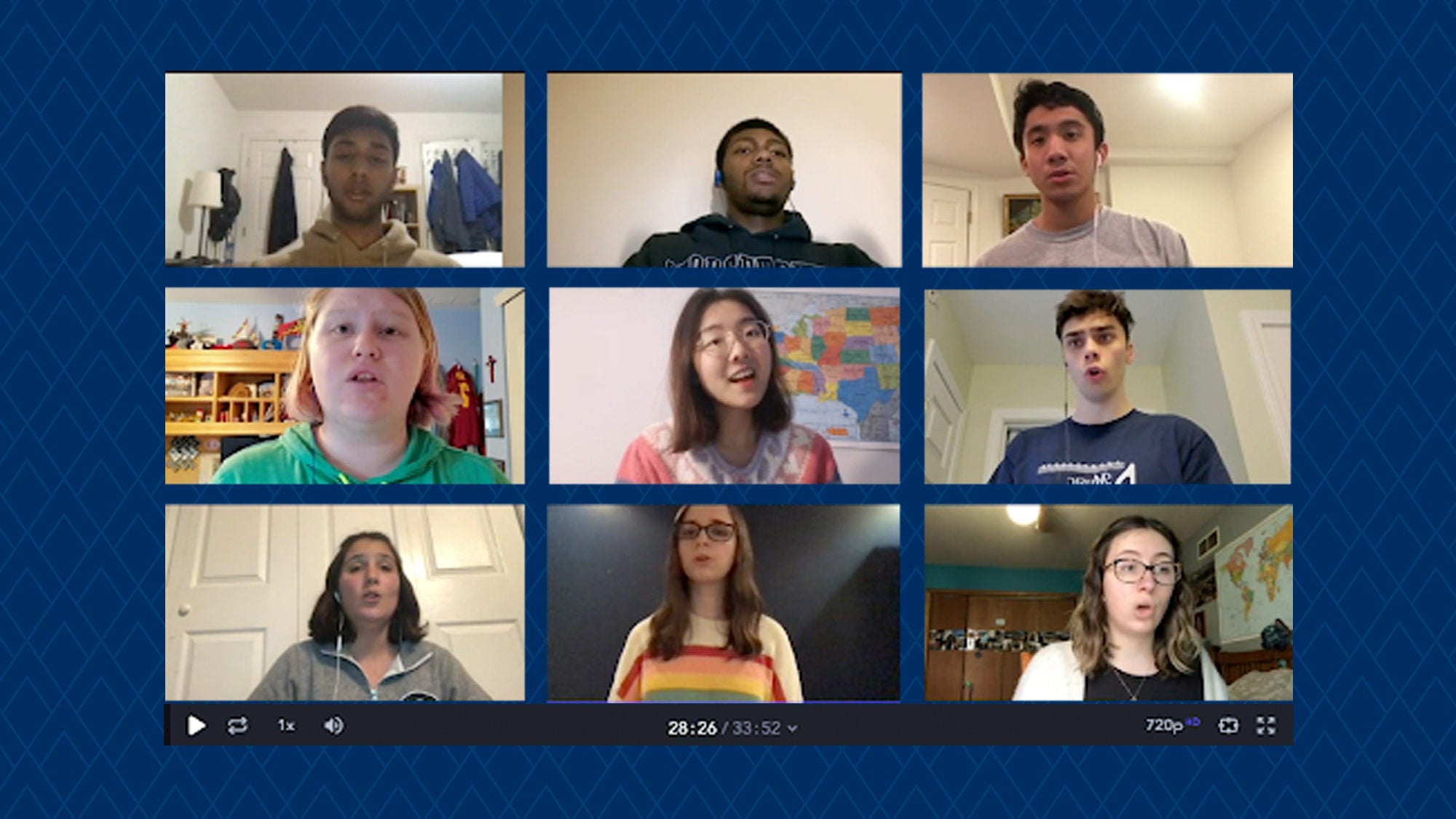 Acknowledging the sacrifice and effort students made to overcome struggles associated with the pandemic, Georgetown conferred them with more than 6,700 degrees online May 16 and 17.

“This is not how we expected to be spending this weekend,” said President John J. DeGioia, speaking alone from his campus office on May 16, “and I look forward to the moment in the future when we can all gather together here on campus to celebrate the commencement of the class of 2020.”

DeGioia also thanked the class for the way it responded to “a heartbreaking disruption in mid-March,” and called that response “a source of consolation and inspiration that you have accepted responsibility for caring for everyone around you.”

‘You Will Make It’

“You will make it in the world,” Alcindor said in her message. “Even with its upheaval – you will be able to do all the things you wanted to do if you put your mind to it.”

“You don’t want to watch a video from a comedian you may or may never have ever heard of on Youtube,” Birbiglia joked. “You were not meant to be at your parents’ house who you are trying to avoid by going to college in the first place.”

Lee told the class to remain cognizant of what the students gained before the campus closed in mid-March because of the COVID-19 crisis.

“Do not let the events of the past few months sour you from the bonds that you have formed, the connections you’ve made and the experience you’ve shared with classmates, faculty and staff here at Georgetown University,” he said.

O’Donnell appeared on the CBS Evening News set with a bottle of hand sanitizer, which she joked is “your new best friend.”

The Class of 2020 also was congratulated with more than 900 messages from family, friends, professors and alumni that now appear on the university’s homepage.

Diplomas on the Way

Provost Robert Groves noted that while Georgetown would be mailing diplomas in the weeks ahead, the online conferral ceremony made their degrees official.

Below are the numbers of degrees conferred by each of Georgetown’s nine schools.

Georgetown College bestowed 753 Bachelor of Arts degrees and 158 Bachelor of Science degrees on its students.

The School of Nursing & Health Studies graduated about 110 Bachelor of science students, 320 Master of Science students and 30 doctoral students.

The School of Foreign Service granted 374 bachelor’s degrees and 435 master’s degrees to its students.

A total of 187 newly minted M.D.s were celebrated during the School of Medicine commencement on May 17, including one MD/Ph.D. and two M.D./M.S.

Georgetown Law celebrated the graduation of more than 1,200 law students on May 17, including 727 J.D.s, 560 LLMs and four Doctor of Juridical Science students.

A total of 62 Georgetown University in Qatar students were granted bachelor’s degrees.