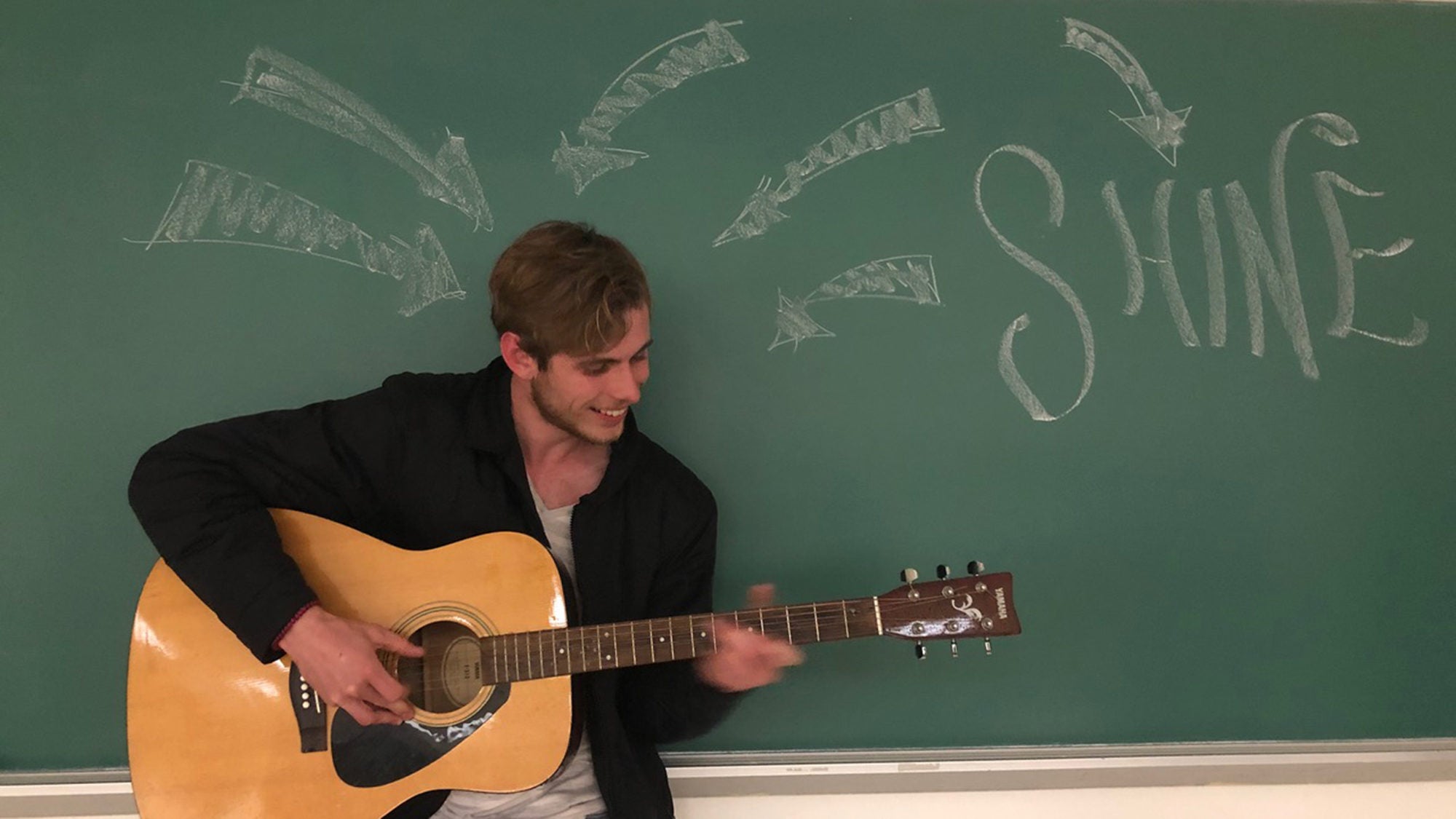 Title: For a Song: Senior Writes Music to Soothe the Soul in Pandemic

Kent Hall (C’20), a singer-songwriter who started playing guitar at age 6, says he coped with the restlessness he felt after coming home this spring to his grandparents’ home with a spurt of songwriting.

In one of the songs – “Tiffany Periphery” – he overlaid his guitar playing and singing with sounds made by objects he found around the house.

“I was just on my own there with no friends around, and I definitely started getting a little bit restless,” says Hall, an indie music, Beatles and Bob Dylan fan. “So I went into the basement, found some wrenches and laid them all out on my carpet and started playing them with a steel socket wrench extension.

He eventually found three wrenches that had the right pitches and added those sounds into the song. Then he added the sounds of a spoon rubbing a peanut butter jar, a jingled desk lamp chain and typing on a 1940s Royal typewriter.

“There’s an accepted structure where you have a chorus and a bridge,” he says. “But to a certain degree, you can just come up with something interesting and just add it to your song.”

He wrote about his creative process on the song for his Writing and Culture course with English professor Kathryn Temple, who later played it for the class.

“Working with students like Kent Hall is one of the joys of teaching at Georgetown,” Temple says. “As the only senior in my freshman writing class, Kent provided a role model of resilience to the freshmen and to me as we moved off campus and pivoted to instructional continuity.”

Hall says he also enjoyed his course on Music in US Prisons and Intro to Ethnomusicology with Benjamin J. Harbert, associate professor of music, as well as an Afro-Cuban drumming course taught by David Murray, an adjunct performing arts department lecturer.

To protect his elderly grandparents at the height of the pandemic, Hall moved from their mutual home in Kennett Square, Pennsylvania, to live with his best friend Sean Hampton (C’20) and his immediate family in San Diego. He continues to write and experiment with songs in California.

“This became a perfect opportunity for me to exercise my skills at editing and mixing things together, and I just got completely hooked on doing it,” says Hall, who was born in Stuttgart, Germany and came to the United States to live permanently in his junior year of high school.

The senior says he now has about 15-20 songs he considers finished and is working on countless others and has a variety of creative processes.

“I think that there’s definitely always an idea before I start,” says Hall, an art major and philosophy minor. “But it always comes about differently. I woke up one morning with a melody stuck in my head for a song, but other times I’ll come up with a lyric first or they will evolve separately.”

Other times he’ll jot down some lyrics and find a melody to go with them.

Hall says he didn’t have friends who played music in high school, but then met “pretty much all” of his friends through music at Georgetown.

“My freshman year, I met my best friend, Sean,” he recalls. “We just started singing Beatles songs. All of a sudden it became a challenge. Like what Beatles songs could we come up with while we’re waiting in line for ice cream.”

With the pandemic, his future is somewhat unclear.

“I’m generally very interested in environmental conservation as well as pursuing my music,” Hall says. “But I really want to take some time to just travel around and see things, see what it’s like to live on the road. Sean and I are hoping to go for a bike backpacking trip across the country.” 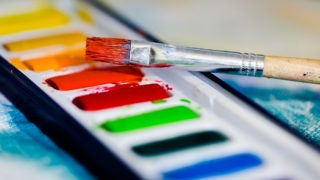 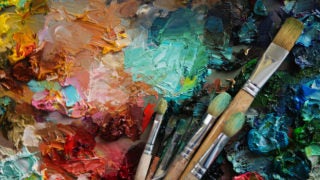 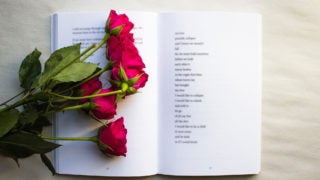