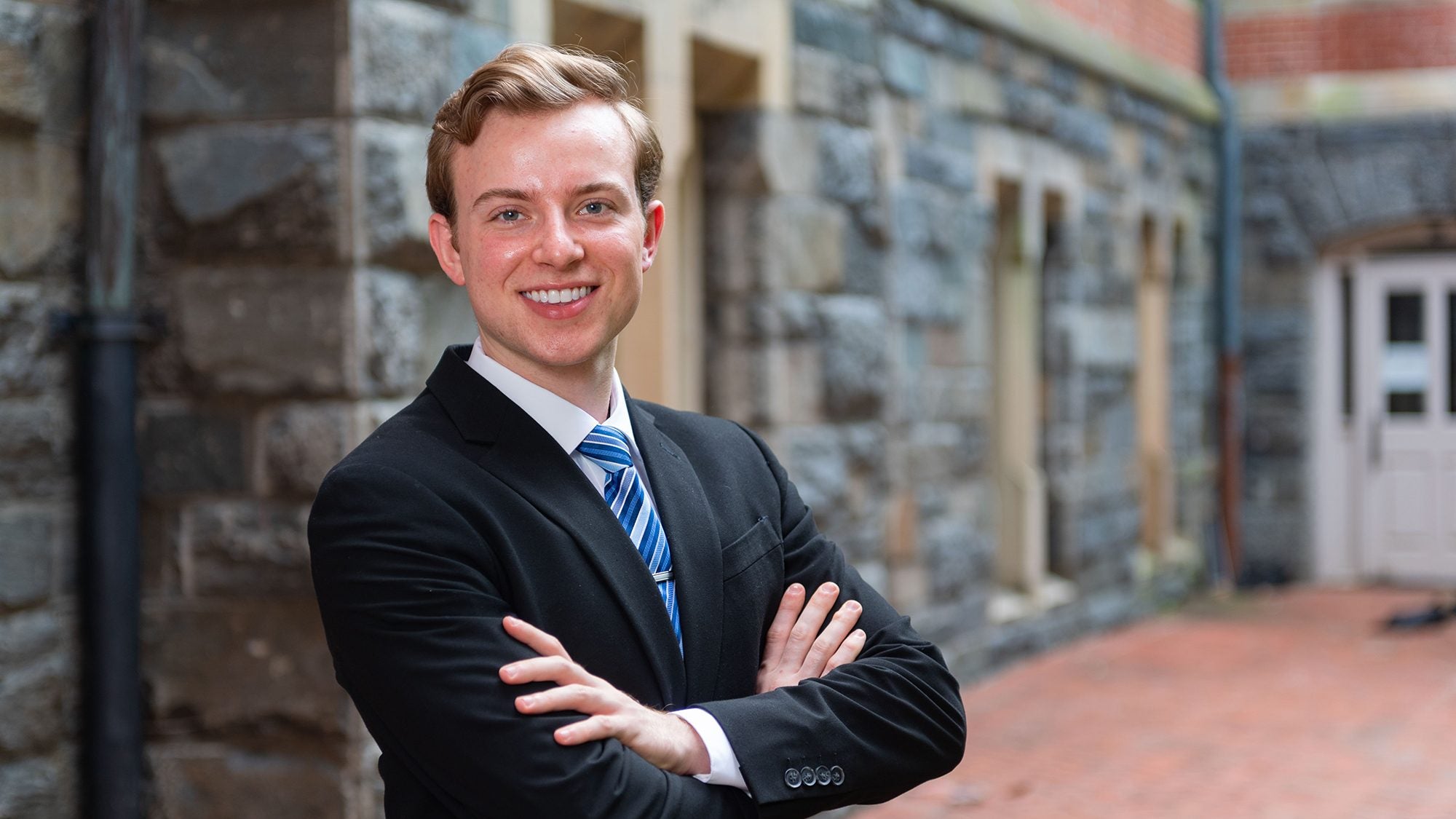 LGBTQ youth advocate Trevor O’Connor (C’20) believes fighting for civil rights in the time of COVID-19 is more important than ever, no matter how it is done.

“A great analogy I’ve heard about advocacy during the current moment is that of a highway,” says O’Connor, an advocate for LGBTQ youth. “There are multiple lanes – frontline protesting, information gathering, research, being a shoulder to lean on, educating family members, donating, etc. – and it doesn’t matter what lane you’re in as long as you’re moving forward.”

A government major and African American studies and sociology minor at Georgetown, the Lufkin, Texas, native believes there is a strong connection between advocating for LGBTQ rights and the Black Lives Matter movement.

“Many of the frontline activists identify as queer, and Black queer people and youth have been at the forefront of almost every major social movement in the United States,” he says. “My research on LGBTQ youth is directly tied to racial justice – they can’t be separated.”

The senior says his dedication to advocating for marginalized groups is driven by his experience of growing up gay in rural East Texas, where he witnessed discrimination against members of the LGBTQ and nonwhite communities.

At the Library of Congress, he served as a residential scholar and research assistant and at the National Center for Transgender Equality, most recently working as a community organizer for Build East Texas, an organization that works to promote better public policies in education, healthcare, infrastructure and economic development.

His government honors thesis, “Leading the Way Inside: An Analysis of the Legislative Style of the LGBTQ Representatives of the United States Congress,” found a strong link between Congress members who identify as LGBTQ and their increased rates of championship for LGBTQ issues.

“I was able to interview members of Congress, calculate census data and sift through over a million tweets to find the ways LGBTQ representatives discuss and act on their identity, something that has little to no previous research,” O’Connor says. “The lack of writing and scholarship on LGBTQ topics in political science demonstrates the need for more research in this area, and reaffirmed my commitment to academia and using research, data, theory, and concepts to push for a better society.” 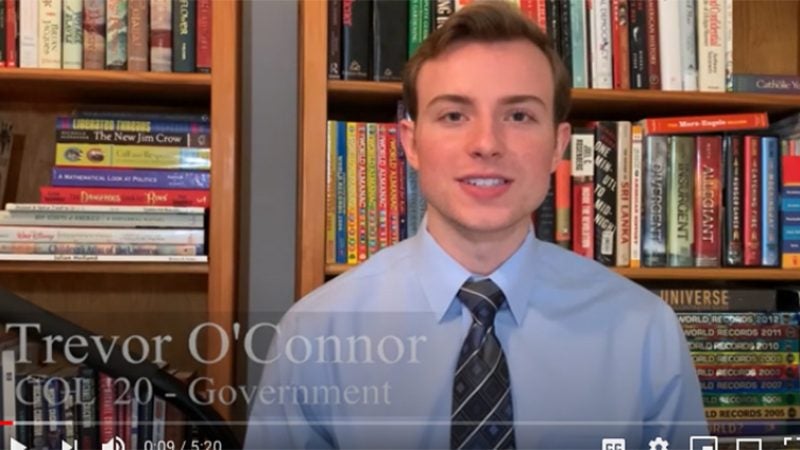 Trevor O’Connor created this video for the Georgetown University Colloquium on Research in the Social Sciences and Humanities.

“Trevor consistently demonstrates the ability to sympathize with those who have different experiences and work with them decisively towards addressing their needs, grievances and hopes,” the professor says. “He possesses the greatest and most fundamental quality that a leader can have – humility.”

O’Connor plans to do public service work for a year and then go to graduate school.

He recently received Georgetown’s Timothy S. Healy Scholarship, which fully funds a one-year master’s program at St. Cross College at the University of Oxford. He also was a 2020 Marshall Scholarship finalist.

The young alumnus plans to use the scholarship to pursue an MSc in Comparative Social Policy or similar social science degree at Oxford in the fall of 2021.

O’Connor’s ultimate goal is to become a law professor to help “shape how we approach LGBTQ youth rights through research, testimony and litigation.”

“What excites me most about legal academia is the combination of theory and practice, as many law professors are able to ‘descend the Ivory tower’ and help the field in a variety of ways,” he says.

The Georgetown graduate admires law professors who produce scholarship in the field of civil rights law, but also testify before Congress, argue in front of courts, advise civil rights organizations, assist campaigns as policy advisors and transition in and out of government at various levels.

“This ability to not only produce research on policy, but help implement it and improve the lives of others is the most rewarding aspect I would envision from this line of work,” he says.

In the meantime, O’Connor has become extremely active in politics on the state and national level.

An election judge for his county in the upcoming Texas primary runoff, he also has participated as a delegate at both the county and state level for the Democratic Party conventions.

He recently was elected to represent Texas Senate District Three – comprising Deep East Texas – on the Permanent Resolutions Committee for the Texas Democratic Convention, and he also got elected as a national delegate for Bernie Sanders to the Democratic National Convention, which he’ll attend virtually in August.

O’Connor says he sees great potential for positive change in places like his hometown and across the country.

He was pleased to hear that the Campus Pride Index and Best Colleges named Georgetown the 2020 Best College for LGBTQ Students in DC.

“As a recent alumnus, I’m proud of Georgetown’s commitment to the flourishing of its LGBTQ students, who are integral pillars of the Georgetown community and its history,” O’Connor says. “As a Jesuit and Catholic institution, Georgetown’s strong commitment to supporting LGBTQ students is affirming to me and so many others that we not only belong, but are critical to the functioning of this academic institution.”

“I hope Georgetown, though still learning, can be a model and flagship to other institutions to support LGBTQ students not in spite of, but because of its religious background.”

For more information about fellowship opportunities, please visit the Georgetown Office of Fellowships, Awards, and Resources or email gufa@georgetown.edu.