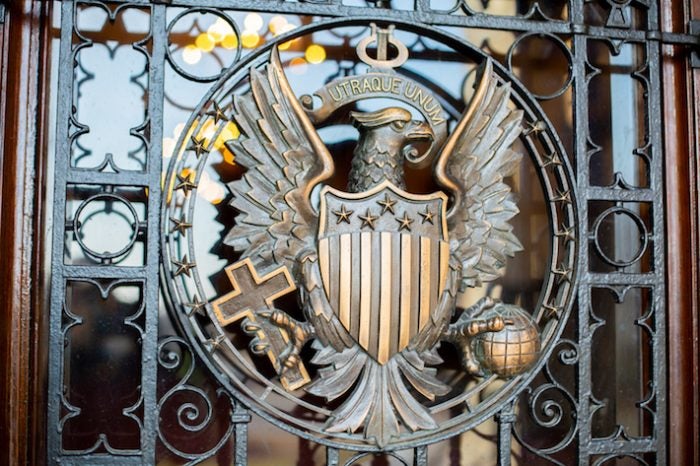 Georgetown signs onto an amicus brief with 64 other universities and one university system board supporting a legal challenge to a recent immigration policy change on the calculation of “unlawful presence.”

Georgetown recently demonstrated its ongoing commitment to its international community by signing onto an amicus brief with 64 other universities and one university system board supporting a legal challenge to a recent immigration policy change on the calculation of “unlawful presence.”

The policy change by the U.S. Citizenship and Immigration Services, (USCIS), states that individuals with F-1, J-1 or M-1 visas who fail to maintain their status begin accruing unlawful presence immediately.

The “friend of the court” brief urges the federal court to grant the plaintiffs’ motion for a preliminary injunction, and contains evidence of how “international students and scholars add immeasurable value to the educational environment of all host institutions,” and “are a key reason why American colleges and universities are the world’s leading destination for higher learning.”

The “new rule will harm international students and scholars, as well as the institutions which host them,” the brief states. Those who accrue more than 180 days of unlawful presence are generally not eligible to apply for a visa, admission or adjustment of status unless eligible for a waiver or other form of relief.

The previous policy began counting unlawful presence the day after USCIS issued a formal finding of a status violation or the day after a judge issues an order of deportation.

The amicus brief was submitted in the case of Guilford College, et al., v. Kirstjen Nielsen in the U.S. District Court for the Middle District of North Carolina.

Most of the universities signing onto the brief are members of the Presidents’ Alliance on Higher Education and Immigration, for which Georgetown President John J. DeGioia serves as a steering committee member.

And it was two exchange students – Julie Fragonas of France and Naoya Johnson of Japan – and an international student, Isobella Goonetillake (C’18) of London, who successfully challenged the wrongful murder conviction of Valentino Dixon, exonerated this past September.