Georgetown professor Dagomar Degroot, author of a new book about how the Dutch dealt with extreme 17th-century climate changes, reflects on the lessons the past has for today’s global warming crisis.

Oct. 28, 2016 – How the Dutch dealt with climate change in the 17th century has important lessons for today’s global warming crisis, according to a new book written by a Georgetown environmental history professor.

Cambridge University Press is expected to publish The Frigid Golden Age: Climate Change, Crisis, and Opportunity in the Early Modern Dutch Republic, by assistant professor of history Dagomar Degroot, in 2017.

Degroot argues that in the “Little Ice Age,” a period of climatic cooling triggered by volcanic eruptions and declining solar activity, one society thrived while most others succumbed. 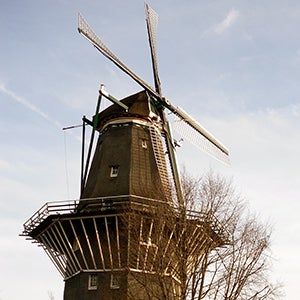 “That society was the Dutch Republic, which enjoyed its so-called “Golden Age” in precisely the chilliest part of the Little Ice Age,” Degroot says. “Studying examples of societal resilience in the face of past climate changes can provide important lessons for the present and the future.”

Degroot says the most important lesson from the past is that even small fluctuations in climate – even half a degree Celsius globally – can have a huge impact on societies.

“You see this in the 17th century, when you have a cooling of about 0.5 to 1 degree Celsius, relative to 21st-century averages, that leads to more cases of simultaneous revolution and state collapse than arguably in all of human history,” says Degroot, who is originally from the Netherlands.

He says that some societies were much more vulnerable to climate changes than others, with the more resilient societies more connected to the rest of the world, and their citizens more ready to aggressively exploit new opportunities opened by such changes.

Degroot, who came to Georgetown last year, notes that the outcome of the 2015 United Nations Climate Change Conference in Paris may well lead to future warming of at least 2.5 to 3 degrees Celsius. 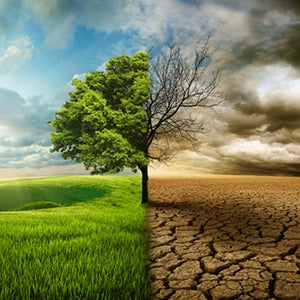 “We’re already locked into a certain amount of climate change in part because a lot of heating has now gone into our oceans, and those take centuries to cool down,” he says. “The question is how much more we’re going to lock in now and for that we need a certain amount of urgency.”

Degroot, also secretary of the International Consortium of Environmental History Organizations (ICEHO), explains that temperatures dropped and global atmospheric circulation changed in the 17th century, during what is now known as the “Little Ice Age.”

The Dutch Republic was resilient, in part because its economy did not rely as much on subsistence agriculture as those of its neighbors.

Degroot says that when the cold caused crops to fail in one area, the Republic could import crops from other places. Another advantage was in warfare because the changes in atmospheric circulation meant that easterly winds prevailed in the North Sea region. 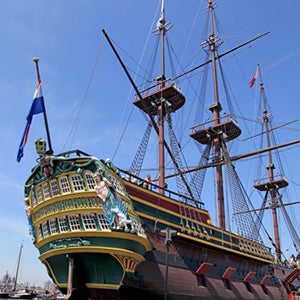 During the Anglo-Dutch Wars of the 17th century, the Dutch thus had the “wind at their backs” in naval engagements, and could, therefore, dictate the course of battle.

He predicts the world will be “radically transformed” by 2100, with more frequent and severe hurricanes, typhoons and cyclones heat waves, droughts and floods.

“Many presently rich countries will probably survive in a warmer climate, but a lot of civilizations will suffer, especially in the developing world,” says Degroot, who is founder of HistoricalClimatology.com and co-founder of the Climate History Network (CHN).

“That’s why climate change is such a huge social justice issue.” The professor has received a number of internal grants from the university, including from the Georgetown Environment Initiative (GEI), which is supporting a talk by on Nov. 15 by world-renowned climatologist Michael E. Mann.

Mann will speak on what past climate changes can tell us about the present and future.

The Dutch also used alternative forms of energy – sails and windmills – when most of the world depended on human and animal muscle power. 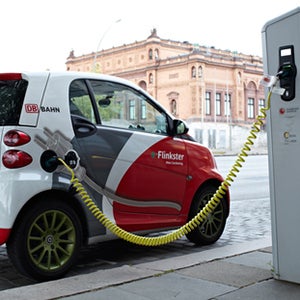 Degroot says he has a “lot of hope” that Americans will start using more and more of these sources, including electric cars, solar panels, wind power and more.

“People are starting to use them on a big scale, and even 10 years ago that would be really difficult to imagine,” he says. “We can actually do something about the problems we face. And we’ve got a binding, international climate change agreement now involving almost every country. I’m optimistic. It’s a quantum leap over where we were just a few years ago.”

The Climate History Network that Degroot co-founded with Sam White of Ohio University is a network of about 200 scholars in history, the sciences, anthropology, archeology and other fields. All of them study past climate changes in some way.

“Many are also interested in trying to glean lessons from the past and apply them to the present and the future,” Degroot explains. “What we try to do for that network is give them news about scholarship that we find exciting, tell them about opportunities in our field, and we are now also organizing events, thanks to funding from Georgetown.”

The Frigid Golden Age is only one of the climate change projects in which Degroot is involved. 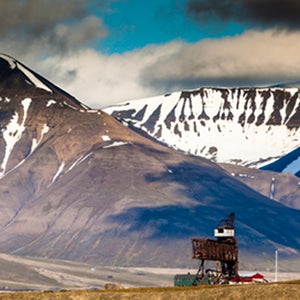 The Georgetown professor will soon head to Svalbard, an archipelago between mainland Norway and the North Pole with archaeologist George Hambrecht of the University of Maryland College Park.

The scholars are going there to determine whether there have been arctic resource wars shaped by preindustrial climate change.

Dutch whalers did much of the hunting. Their success in a cooler arctic contributed to the overall resilience of the Dutch Republic.

But Degroot will also study whether conflict that took place between different groups of whalers can be attributed to climate change. They’ll look at winds and the consistency of sea ice using, among other documents, ship logbooks compiled by whalers. 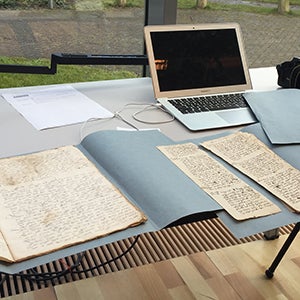 Degroot says this project also relates to the present and future because the Arctic is one of the places where conflict might break out in a warmer world.

“I think it’s safe to assume that if there are a lot of resources there and if there are competing claims by Canada, the United States, Russia and other parties, there is more likely to be violence,” he says.

The professor says he was especially excited to come to Georgetown because of the quality of the history department, which includes John McNeill, one of the world’s foremost environmental historians.

“My colleagues are not only great people, but they’re also doing really cutting-edge research,” Degroot says, “that connects the past to pressing issues in the present and the future. I’m thrilled to be part of that.”

He adds that being in Washington, D.C. is another plus.

“There are so many institutions here, the Smithsonian being just one example,” Degroot notes. “If you want to try and influence public policy this is the place to be.”