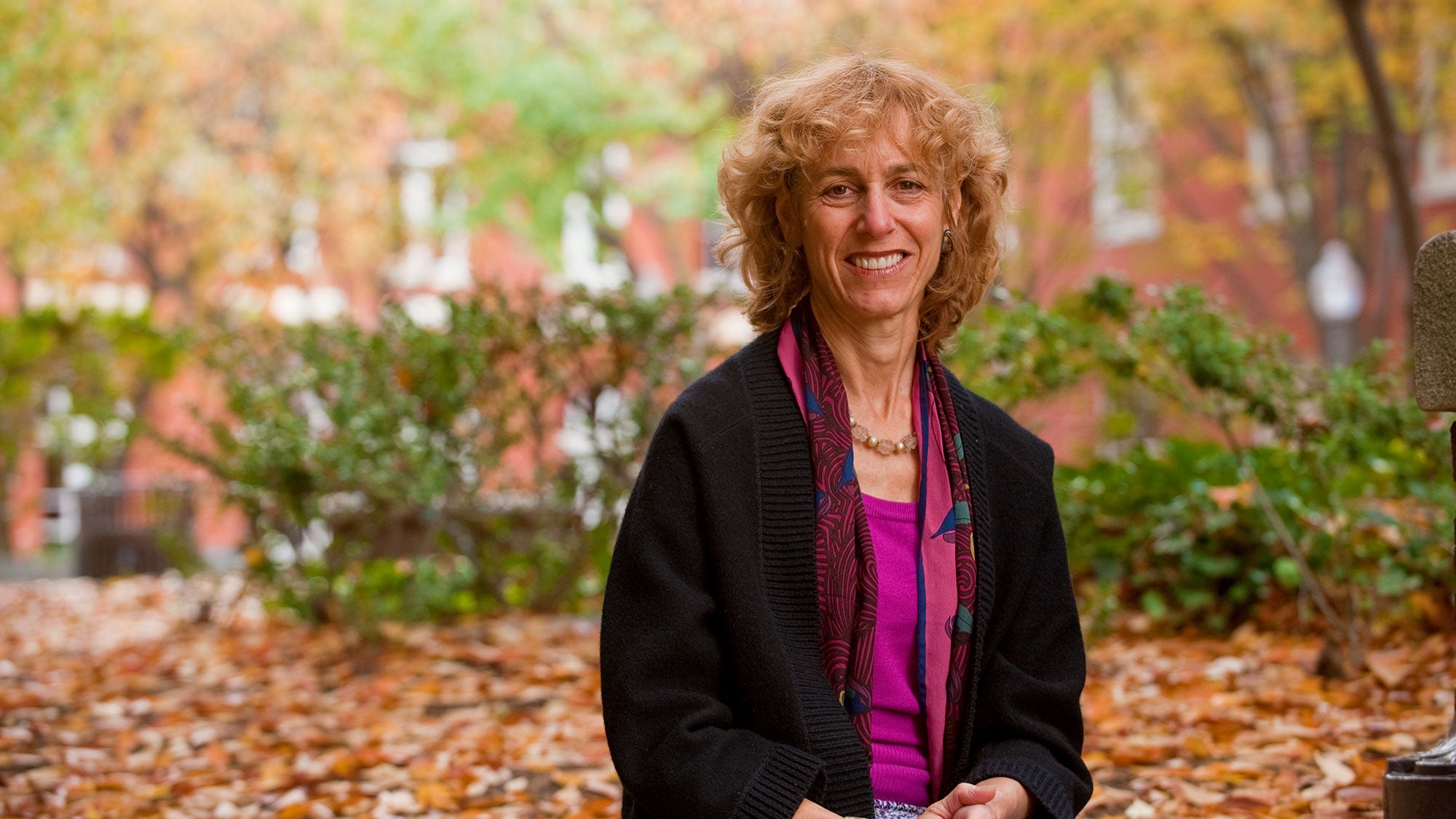 University professor Nancy Sherman says America’s engagement with veterans should go far beyond the standard “thank you for your service,” because of the “moral injury” experienced by the more than 2.6 million who have returned home from the wars in Iraq and Afghanistan.

Sherman, a University Professor of philosophy at Georgetown, describes the moral injury faced by veterans in Afterwar: Healing the Moral Wounds of our Soldiers (Oxford University Press, 2015) as the psychological anguish produced by living through the horrors of war. 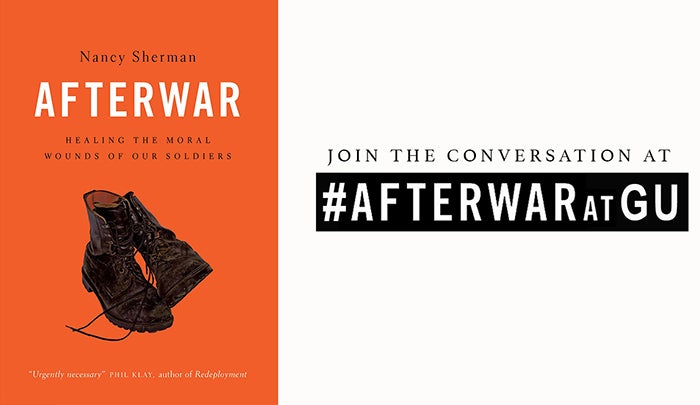 “It’s also about reactive attitudes that express and record how you hold yourself and others accountable,” she says. “There are a lot of people who feel guilt – sometimes inaptly so, but nonetheless real feelings.”

The professor will present a panel discussion and book-signing event on Nov. 16 at 5 p.m.

The panel includes The Tragedy of the American Military author and Atlantic correspondent James Fallows as well as former marine and The New York Times, Pulitzer Prize-winning war correspondent C.J. Chivers and a number of former military leaders.

Sherman, a scholar of ancient philosophy who has expertise in the history of moral philosophy, says veterans often feel guilt or shame for having survived attacks when others did not.

Sherman wrote Afterwar because she observed an extraordinary number of soldiers coming home after nearly 15 years of war and conflict in Afghanistan and Iraq suffering from some of these issues. Some of those soldiers attended Georgetown.

“The book is about ways of engaging with soldiers that tries to start a conversation that is a lot more substantive than ‘thank you for your service,’ ” she says. “I was teaching veterans who had seen multiple deployments in tough environments involving counterinsurgency and population-centric engagements. They still for very complicated reasons are having a hard time transitioning.”

Sherman has written extensively about the psychology associated with veterans, soldiers and the military.

In addition to Afterwar, she’s authored The Untold War: Inside the Hearts, Minds, and Souls of our Soldiers (W.W. Norton, 2010); Stoic Warriors: The Ancient Philosophy Behind the Military Mind (Oxford University Press, 2005); and a number of other books and articles.

She’s also received a Guggenheim Fellowship for her work as well as fellowships from the Woodrow Wilson International Center for Scholars and the National Endowment for the Humanities.

Over the years, Sherman has taught Georgetown courses on The Ethics of Love, Life and War and The Untold War and Stoic Ethics.

Sherman, who serves as a mentor to many of the veterans in her classes, says she wants to continue to break down the military-civilian barriers of understanding for herself, her students and others.

“This is a very veteran-centric environment,” she says.

David Reese who is studying for his doctorate in philosophy at Georgetown, is among the 88 current student veterans – retired, active-duty and reservists ­– on campus. He researches social and political philosophy with a focus on veterans and war issues as well as moral injury.

“The experience of being in the military and going to war can break you off and disconnect you from your relations back home – your friends and family, your romantic relationships, your community,” he explains. “We’ve all heard the phrase ‘break you down’ so we can build you back up again. One of the things you see in basic training is this severing of your connections back home … and building you up in this new [military] community.”

Reese, who received his undergraduate degree from the University of Florida, joined the Army a couple of months after the 9/11 terrorist attacks. He went on to serve in Afghanistan in 2003 and in Iraq in 2004.

By the time he retired from the military in 2006, he decided he wanted to go back to school. He came to Georgetown because of Sherman’s work.

“If we care about veterans and want to help veterans re-integrate to have a full life, we can’t just look at them and approach them once they become veterans,” Reese says. “We have to look at the whole process that turned them into veterans. Not just combat, but the very indoctrination and induction into the military.”