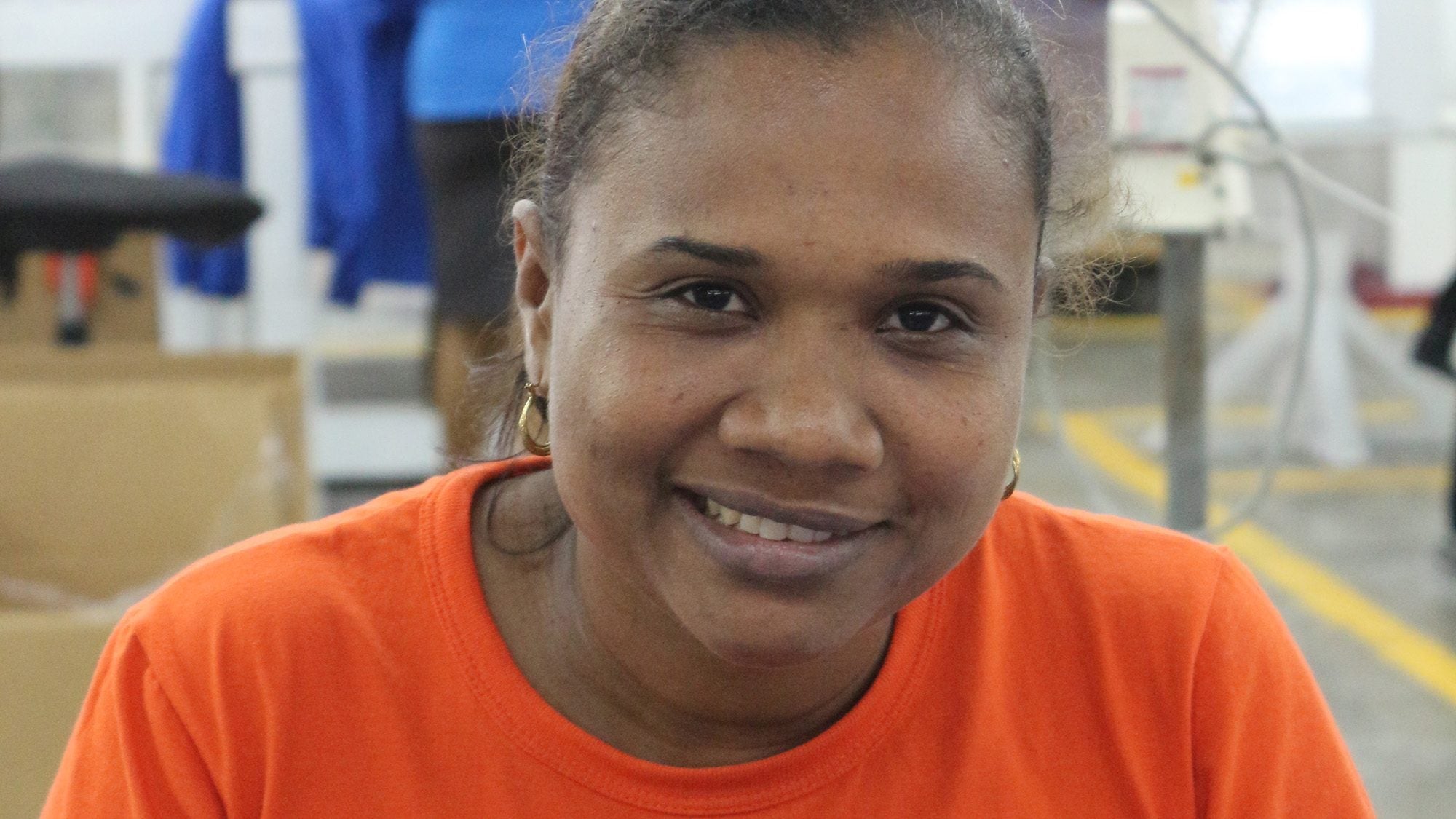 Georgetown’s newest students wear symbols of the university’s Jesuit values during orientation – T-shirts made by a factory in the Dominican Republic that offers workers a living wage.

For the first time, Georgetown’s New Student Orientation (NSO) team ordered its T-shirts – about 1,800 – from the factory, Alta Gracia for incoming students.|This is the fourth year that John Kline, a School of Foreign Service (SFS) professor and Edward Soule, an associate professor at McDonough School of Business, have conducted research on the factory. 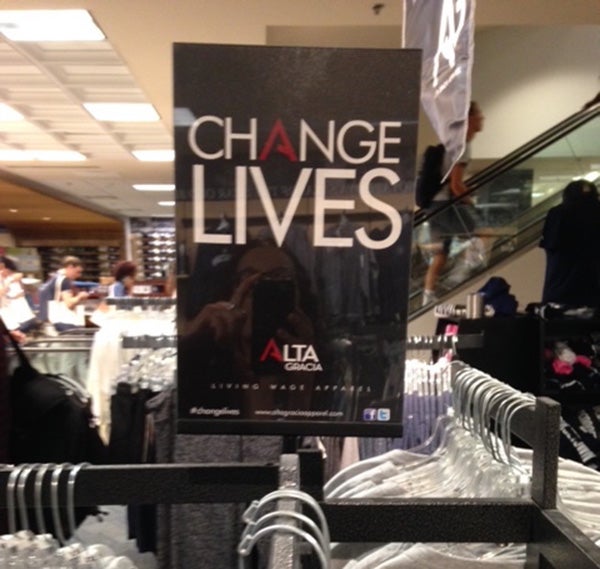 “We predict in our new report that Alta Gracia will break even this year and reach profitability in 2015,” Kline says. “Achieving this goal challenges the industry’s claim that competition makes paying a ‘living wage’ impossible.”

Matilde Heredia Romero works in an Alta Gracia factory in the Dominican Republic. She’s able to raise her four children and afford healthcare thanks to her wages at the factory.After Romero joined Alta Gracia and got health insurance, a required physical examination showed she had cancer.

The support is in keeping with the university’s Jesuit tradition of women and men for others.

“Our university community – animated by a commitment to service – is proud to engage Alta Gracia in a variety of ways, including through the important academic research conducted by professors John Kline and Ed Soule,” says Georgetown President John J. DeGioia. “These efforts provide an important context for us to better understand our responsibilities as a Catholic and Jesuit university.”

Kline notes that student protests at universities against so-called “sweatshops” started a reform movement over 15 years ago.

“As our report shows, far too many sweatshops still exist, so there remains a place for protests against them,” Kline says. “But now, for the first time, there’s a role for positive activism where students can support a company with verifiably good labor conditions.”

The authors want to make the report available to universities nationwide as this new academic year begins.

“Under President DeGioia’s leadership, we have held apparel brands to a high standard of ethical production,” Soule explains. “Because of the support we have received from the university, we are able to issue independent reports on Alta Gracia’s progress. With the continued support of universities, including their students, the project has a high probability of success.”

The report also provides examples of how Alta Gracia has changed workers’ lives for the better.

“Employment at Alta Gracia certainly changed Matilde [Heredia Romero’s] life,” the report explains. “Unemployed four years, she relied on relatives’ assistance to support her four children and could not afford healthcare despite some warning signs.”

After Romero joined Alta Gracia and got health insurance, a required physical examination showed she had cancer.

Without her wages at the factory she would not have been able to have life-saving surgery, finance higher education for her two oldest children and enroll at a university to become a medical technician.

Georgetown’s NSO team is grateful that the university ordered the T-shirts from the factory.

“I believe that these Alta Gracia T-shirts will demonstrate to new students that Georgetown’s campus is full of men and women for others,” says Kelley (C’15), rising senior in the College majoring in neurobiology and a minor in economics. “Our support for companies that provide families with living wages will show new students that our Georgetown community does not end at the front gates but rather reaches far and wide throughout the world.”