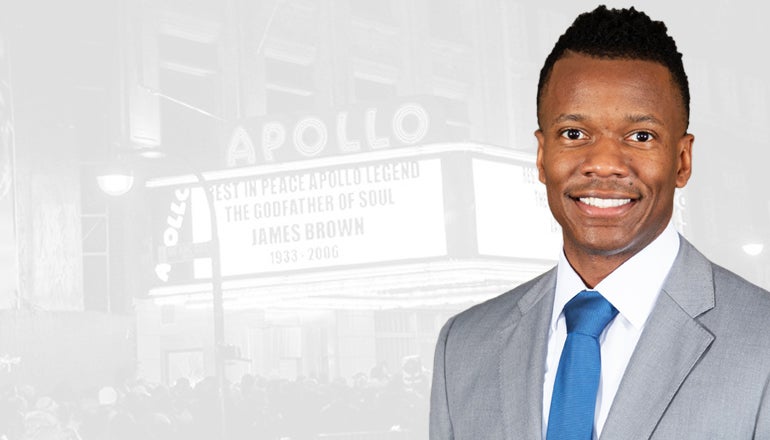 The book, Destructive Desires: Rhythm and Blues Culture and the Politics of Racial Equality (Rutgers University Press, 2019), is Patterson’s second.

Exodus Politics: Civil Rights and Leadership in African American Literature and Culture, which explored how political strategies and ideologies of the civil rights movement undermined the collective enfranchisement of black people, was published in 2013 by University of Virginia Press.

“It became increasingly apparent that from 1970 into the present, many discussions pinned the continued obstructions to equality on black people’s behaviors,” Patterson says of his latest book.

Patterson soon realized that many of these discussions centered around the intimate relationships and family structures of black people.

“What types of behaviors are people typically talking about that don’t fit within society’s idea of normal? Intimate relationships and family issues.” says Patterson, an English major at Georgetown. “And if there’s one form of black culture that is really talking and thinking about intimate relations, it’s rhythm and blues.” 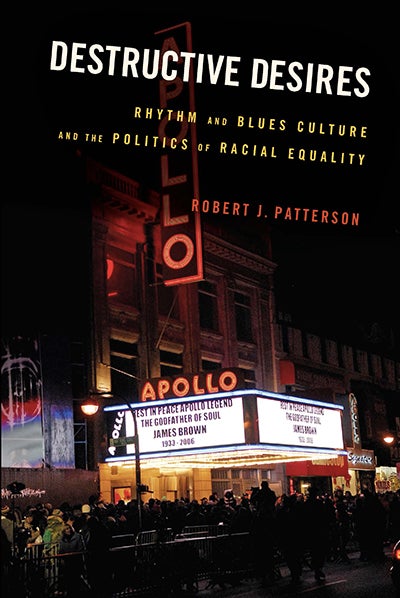 While other academics have written about this R&B era, he notes that the body of literature is not as large as might be expected.

His approach of connecting that culture to the discourse surrounding black inequality, however, is a unique one, he says.

“You have plenty of attention given to jazz and early blues, and then by the late 1980s and 1990s you have a lot of focus on hip-hop. Rhythm and blues becomes this marginalized form of study,” Patterson said. “I wanted to talk about the way R&B thinks about black intimate relations, and how that feeds the conversation about black inequality.”

The title Destructive Desires calls into question the notion that marriage provides the best way for black communities to achieve equality.

“Often those conversations assume that black people’s behaviors, such as a decision to not marry, cause and explain their inequality,” Patterson says. “But my book keeps a keen eye on the structural factors that maintain and perpetuate black inequality. Even when black people marry, their economic status lags behind that of their white counterparts.”

Part of the explanation here pertains to structural inequalities.

The destructive desire is the belief that focusing on behaviors solves inequality while not addressing the larger structural problems.”

Destructive Desires considers the R&B song lyrics as well as how the artists figured in popular culture.

“It’s really more than just the music,” Patterson says “I used Billboard standings, music archives, sociological criticism, film and media criticism, interviews, my own interview with [R&B singer] Adina Howard –it was a range of sources.”

Patterson, who co-edited The Psychic Hold of Slavery: Legacies in American Expressive Culture(Rutgers University Press, 2016) with performing arts department chair Soyica Diggs Colbert, says his new book is an example of a valuable research type that is often overlooked.

“Humanistic inquiry in the arts is so important to how we think about, imagine and respond to social, political and economic challenges,” he said. “I think it speaks to the importance of the public humanities –I hope this book has some crossover appeal, where I can have talks in all kinds of settings and draw in more people.”