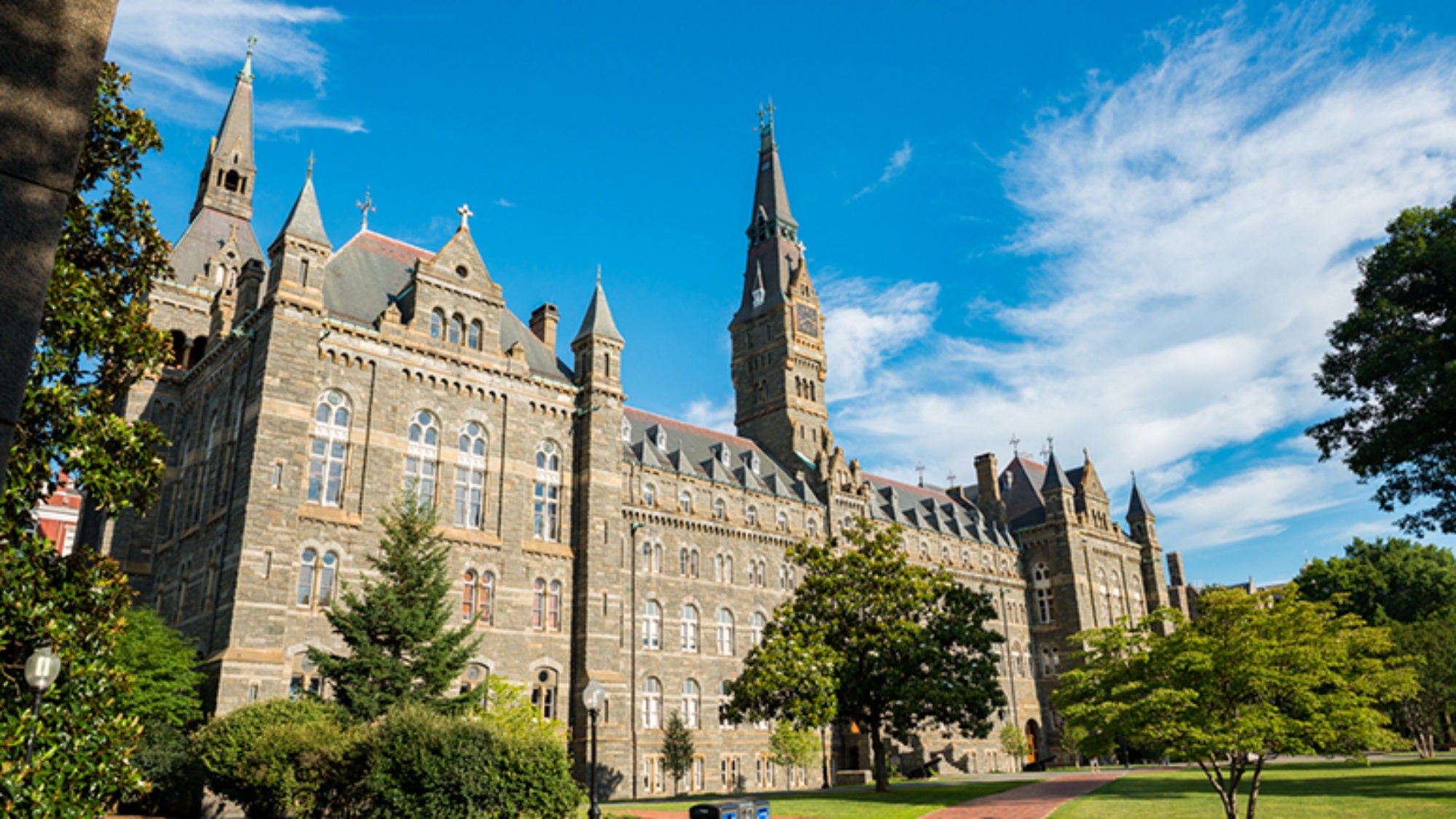 Georgetown uses a $1.5 million grant from the Andrew W. Mellon Foundation to help carry out its commitment to produce scholarship that helps the nation better understand and address its legacies of slavery, racism and discrimination.

The five-year Mellon grant will assist the university in establishing a center for racial justice, hiring faculty experts in the field, supporting postdoctoral and graduate fellows and funding a series of visiting lecturers.

The grant comes after the release this past September of a report containing recommendations from the university’s Working Group on Slavery, Memory, and Reconciliation (SMR), which was charged with reflecting on Georgetown’s historic involvement in the institution of slavery.

A second team, the Working Group on Racial Justice, is working on areas addressed by the grant along with exploring how the university may create a home for researching slavery and its legacies, based on the SMR report and major commitments set by the university.

“The university has made a commitment to elevate and accelerate its efforts to address the persistent, enduring legacy of racism and segregation in the American experience,” says Georgetown Provost Robert Groves, a co-chair of the Working Group on Racial Justice. “This grant from the Mellon Foundation is a notable recognition of the importance of that commitment.”

Georgetown President John J. DeGioia established the Working Group on Racial Justice comprising students, faculty and staff nearly a year ago, charging it with exploring and making recommendations on ways in which the university may best produce research and scholarship.

In his Feb. 4, 2016 address, DeGioia asked the working group to address the academic fields related to African American studies and the underlying issues of racial justice in America.

He also noted that much of the “intellectual, faculty and organizational resources” needed to responsibly pursue these objectives were already available at Georgetown.

Robert Patterson, associate professor of African American studies and affiliate professor of English at the university, serves as co-chair of the working group with School of Foreign Service professor Gwen Mikell and the provost.

He believes the nation’s legacies of slavery, racism and discrimination are directly responsible for housing and education inequalities, income and health disparities and inequities within legal and criminal justice institutions.

“The working group views racial justice as a fundamental component of America’s past and present,” says Patterson.“It’s important to seek creative ways of addressing racial justice through research, community engagement and policy solutions.”

This past June, the university expanded its African American studies program into a department and began offering a major to Georgetown students this fall as a result of commitments set forth by DeGioia last year.

“The Mellon grant allows us to focus on our next major commitments,” says Patterson, now chair of the African American studies department. “We’ve launched nationwide searches for several new posts that will add to the department’s core faculty in the next two years.”

Since March, the working group has examined African American and Africana studies programs across the country and convened faculty and staff listening groups to brainstorm about what the center’s mission should be.

“We’re narrowing down what the focus and framework of the center would be and what ways we can continue to advance the work of the Racial Justice Working Group,” Patterson says.

The grant also will go toward the creation of two five-year Patrick Healy Graduate Fellowships, which will be awarded for the 2017-2018 academic year to graduate students in the humanities.

“Our hope is to become a significant producer of doctoral students from racially and culturally underrepresented groups,” Patterson says.

Groves says the university’s commitment to furthering conversations, research and scholarship in these areas is in keeping with the university’s Jesuit and Catholic tradition of educating women and men for others.

“We seek to integrate into our teaching and research all of the lessons that accrue from our efforts to foster racial justice,” he says. “Following this path in our nation’s capital can heighten the impact Georgetown can have in this journey.”