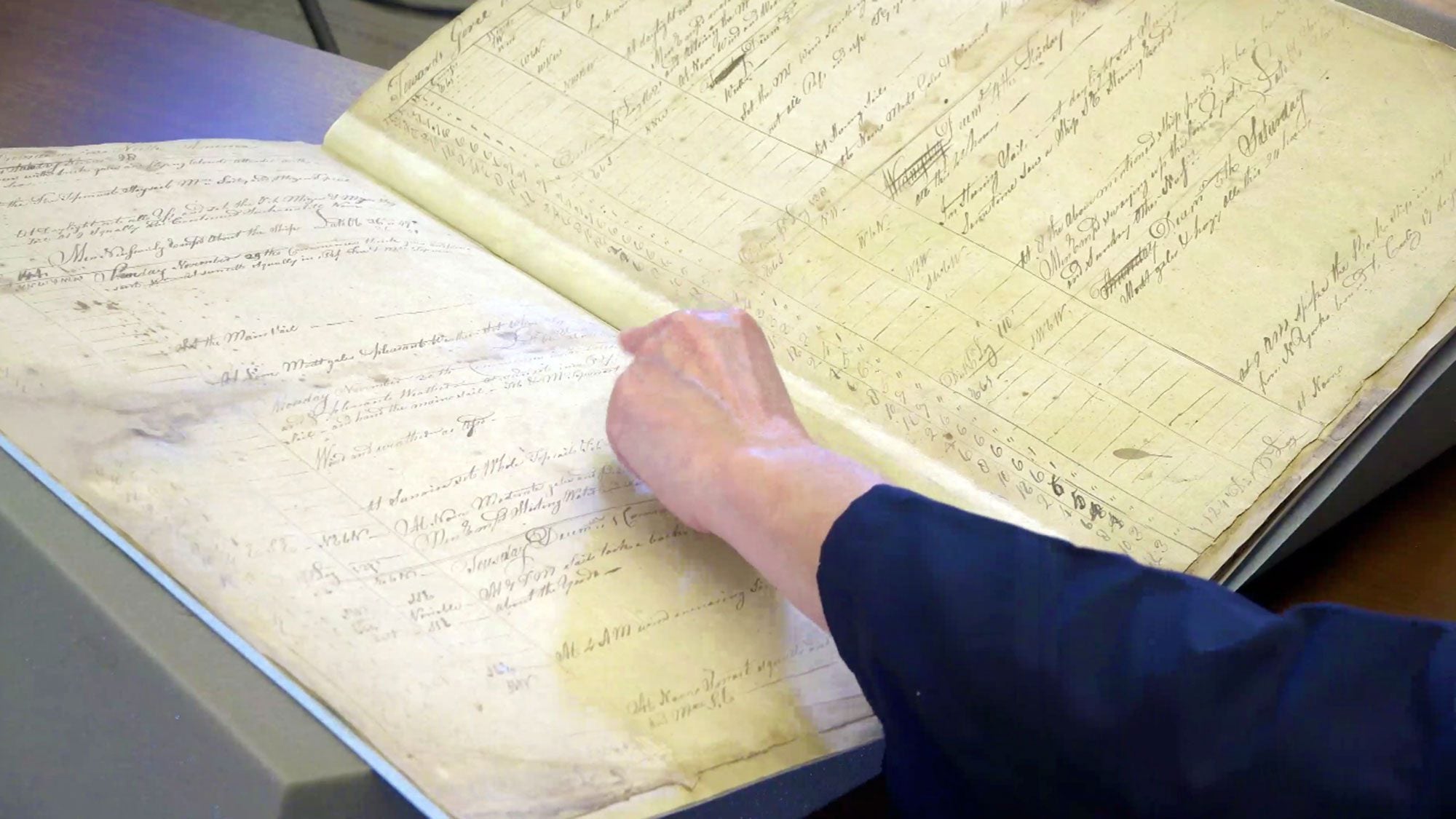 A recent gift to Georgetown University Library, now digitized and made available online, provides poignant and valuable insight into the Atlantic slave trade.

The library recently received a logbook documenting the journey of enslaved Africans on the Mary ship from Providence, Rhode Island, to the west coast of Africa in 1795. It departed Africa with 142 enslaved individuals  and arrived in Georgia on August 19, 1796.

The ship sailed to various ports, including the Senegambia, Windward Coast and Gold Coast – today known as Senegal, The Gambia, Cote d’Ivoire and Ghana.

While the Mary’s shipping records are fairly well-documented, and it merited inclusion in the Trans-Atlantic Slave Database, the logbook is the only original record available from any of its journeys, and thus offers an important view of the day-to-day life on board a slave trading ship.

“Logbooks give a daily record of the routine business dealings, and experiences that took place on board a slave ship, including episodes of resistance and trauma,” Rothman adds.

Rothman is using the logbook in his classes on Atlantic history and the history of slavery, giving Georgetown students the opportunity to see it in person once the library reopens after the pandemic.

But students and researchers may also access the digitized logbook from anywhere in the world. It is one of only a few existing slave ship logbooks that has been scanned and made available for online viewing.

“As historians, we need to find new ways to bring archival materials to life,” Rothman says.

He’s hoping to use the logbook in a digital storytelling project that will allow readers to follow the ship’s journey on a map annotated with information showing the location of specific events along the route.

Another scholarly project underway is a transcription of the logbook by Georgetown graduate student Hillary MacKinlay (G’21), and Yasmine Bouachri (C’21) edited a video of the logbook’s preservation for her Spring 2020 AMST 272: Facing Georgetown’s History class.

Not surprising for a document that’s nearly 225 years old, some of the text is faded or written in difficult-to-read handwriting. A partial transcript of the logbook was published in the 1930s, but MacKinley is preparing a new and more complete transcription.

“I think the process of acquiring and digitizing the logbook and having students involved in the production of projects around it is a great example of Slavery, Memory and Reconciliation in action,” Rothman says. “Georgetown has become an important site for the memory of the history of slavery, and the more dimensions we can add to that, the richer that site of memory will become.”

The gift to the library was facilitated by Jack Pelose (C‘19), a family friend of the donor. Pelose built a crate to safely transport the fragile logbook to Georgetown.

For Years to Come

“Once it arrived, we realized the volume needed the attention of preservation specialists,” says Mary Beth Corrigan, curator of Georgetown’s collections on Slavery, Memory, and Reconciliation in the Library’s Booth Family Center for Special Collections.

“The preservation company took great care in cleaning the logbook,” Corrigan adds. “The logbook is now stored in safe conditions so that it will be available to students and researchers at Georgetown for years to come.”