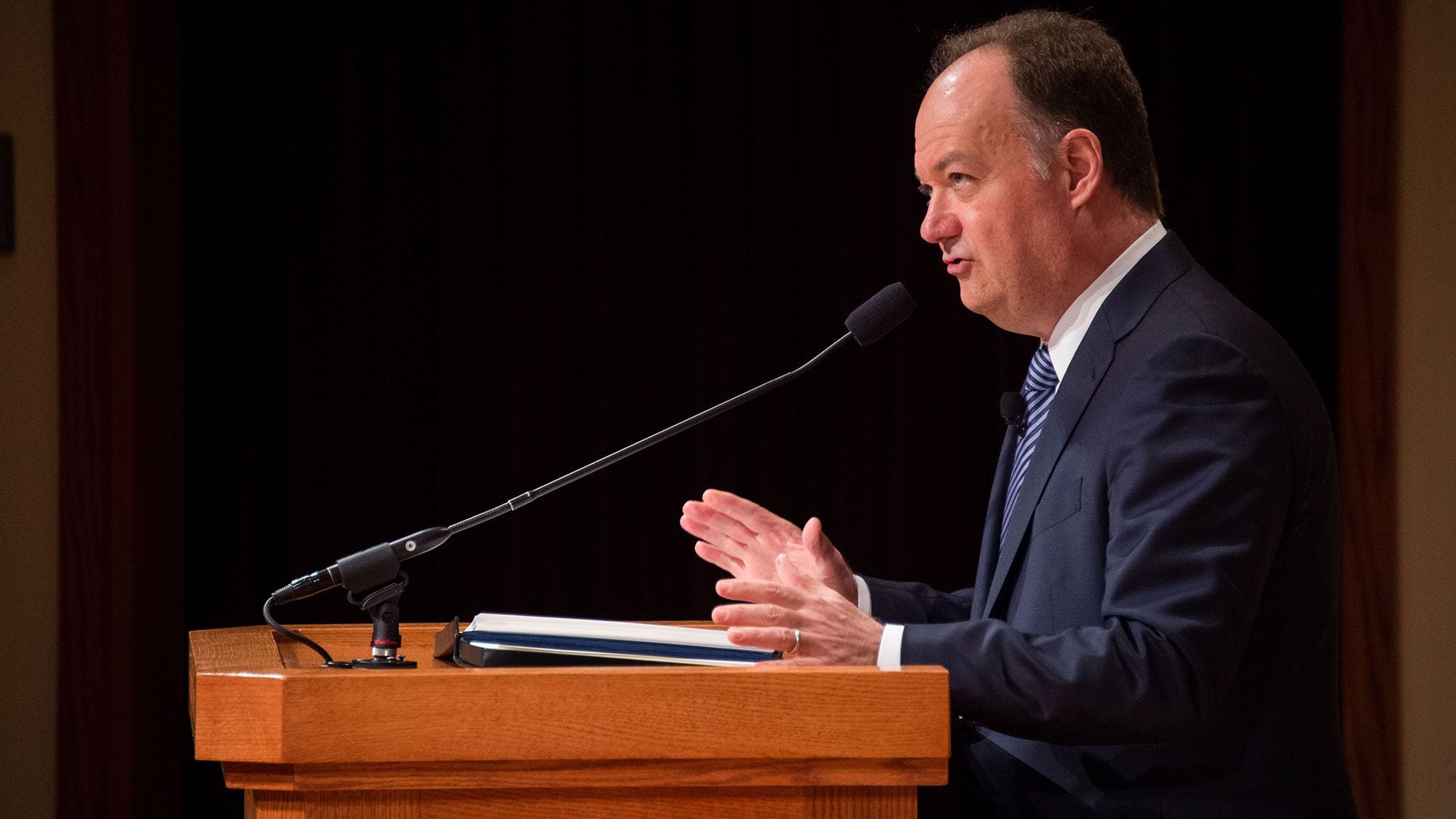 “Not for the first time, hardly, but in the past year and half or so, we have been witness to incidents that shake our confidence in, for many, an assumption that we as a country were overcoming the legacies and their structural groundings – of slavery, subsequent segregation, and systematic racism in so much of our lives,” DeGioia said in his speech on racial injustice. “What we witness must lead us to confront how continual racial injustice within the American context is manifest and how to identify creative responses to it.”

He charged a working group with exploring and recommending how best to implement the following:

Establish a new Research Center focused on racial injustice and the persistent and enduring legacy of racism and segregation in the American experience.

Recruit the number of faculty to support the two commitments above, including the authorization of four immediate recruitments of new faculty in 2016-2017 and four recruitments for the following year above and beyond existing recruitment efforts, as well as create new graduate fellowship and post-doctoral opportunities.

The working group will work collaboratively with the deans, department chairs and faculty on their recommendations in a manner consistent with the university’s shared style of governance.

Georgetown also has committed to establishing a new senior position to support these efforts.

Picking Up the Pace

“I hope in this talk to encourage all of us to pick up the pace – to commit to a more energized effort to address what has been the besetting conflict – evil – of our American society – racial injustice,” DeGioia said. “…For a place like Georgetown, it is of special importance for us to recognize this history – to recognize its implications for our nation and our responsibilities to one another.”

He commended the university’s Working Group on Slavery, Memory, and Reconciliation, whose work recently led to the renaming of buildings originally named for administrators in the 1800s who sold more than 200 slaves to plantations in the Deep South.

Urgency of the Moment

DeGioia also noted that none of his proposalscan occur “without the appropriate participation of our faculties, school executive committees and our formal governance structures.”

“Let me be very clear on one point,” he said. “I commit Georgetown to making these important new investments. … These discussions will not be about whether we do these things, but how best to do them in the urgency of the moment.”