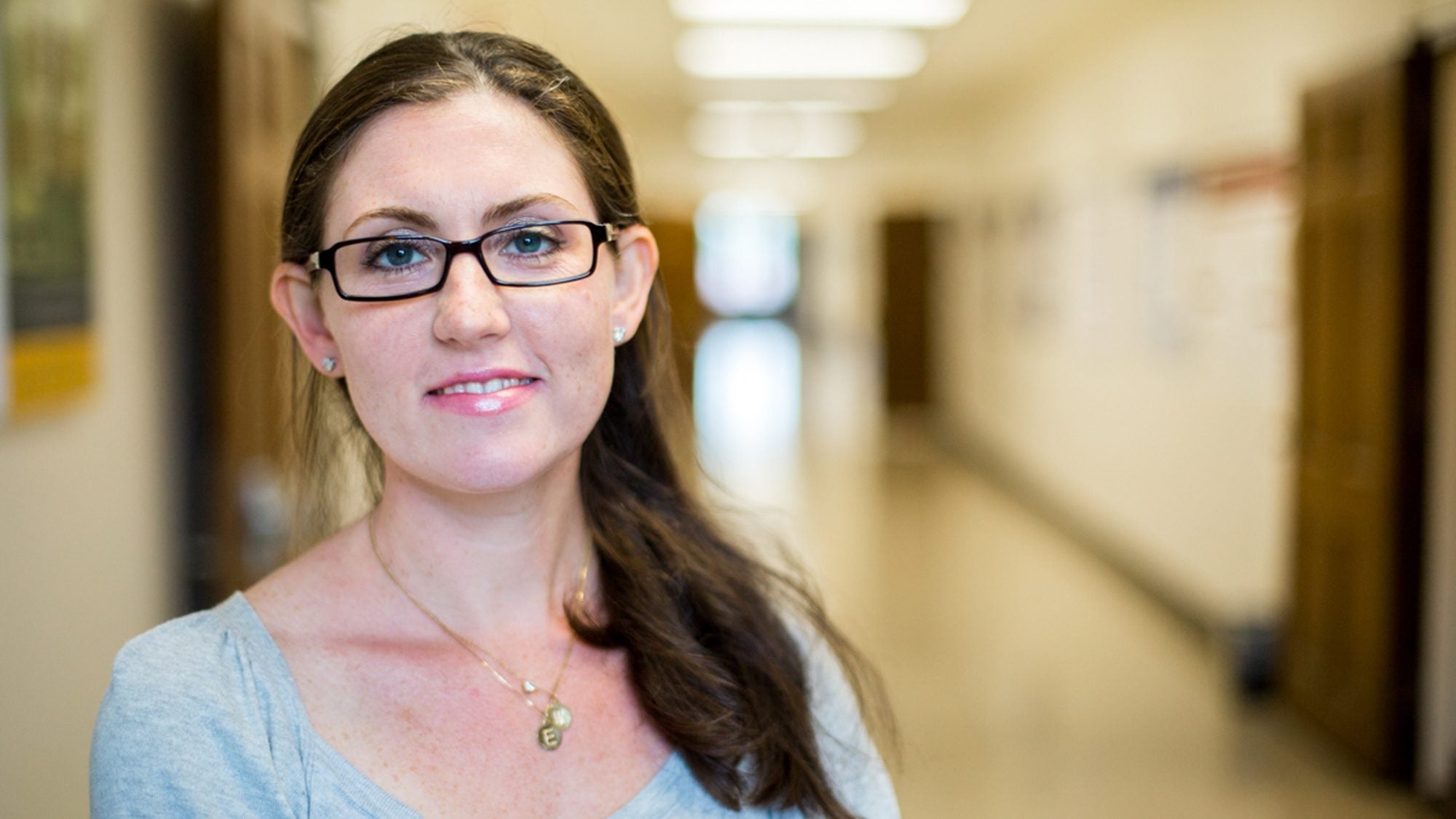 Millions of young American children whose low-income households experience food insecurity face potentially lifelong learning disadvantages that begin with kindergarten, according to a study led by a Georgetown professor.

The peer-reviewed journal Child Development published the study, “Associations Between Household Food Insecurity in Early Childhood and Children’s Kindergarten Skills,” this past spring.

Lead author Anna Johnson, a Georgetown assistant professor of psychology, and alumna Anna Markowitz (G’16), a postdoctoral research associate at the University of Virginia, conducting the study,the first to research the early educational disadvantages that result from growing up in households with food insecurity in the United States.

Johnson and Markowitz useda national database of children in households at or below 185 percent of the Federal Poverty Line and checked the group for food insecurity at three crucial developmental stages – infancy (nine months), toddlerhood (age 2) and preschool (age 4).

“We found that food insecurity when kids are very young – nine months to 2 years – was especially bad, worse than just at preschool,” says Johnson, whose research has implications for public policy interventions. “We think that food insecurity in early childhood – lack of consistent access to food of the quality and quantity needed to fuel a healthy, active life – may interfere with early brain development and development of self-regulatory processes like attention, which has a direct effect on children’s ability to learn.”

She says community food distributions for low-income families with babies and toddlers might address both food insecurity and fears some lawmakers have about how food assistance money is spent.

“There are 15 million children in the U.S. who live with food insecurity,” explains Johnson, the mother of two young children. “Our study shows that eliminating this problem for children under age 5 in low-income homes could significantly improve school and life outcomes for a huge number of students.”

Johnson and Markowitz structured the study to control for maternal depression, which the researchers say can contribute to food insecurity, but other factors may also play a role in young children’s’ developing readiness for kindergarten.

“We don’t know for sure whether the kindergarten cognitive and social issues are due to lack of nutrition or the long-term impact of family stress that both disrupts parents’ ability to provide food and help a child with early cognitive and social development, ” Johnson explains. “That’s something that needs further research.

“Regardless of the reason, we think policymakers should consider multiple approaches to lessen the significant risks of food insecurity of our youngest citizens,” she adds, “including expanding access to and generosity of existing food assistance programs, and making food directly available to families with young children via centers of community life such as schools and libraries.”