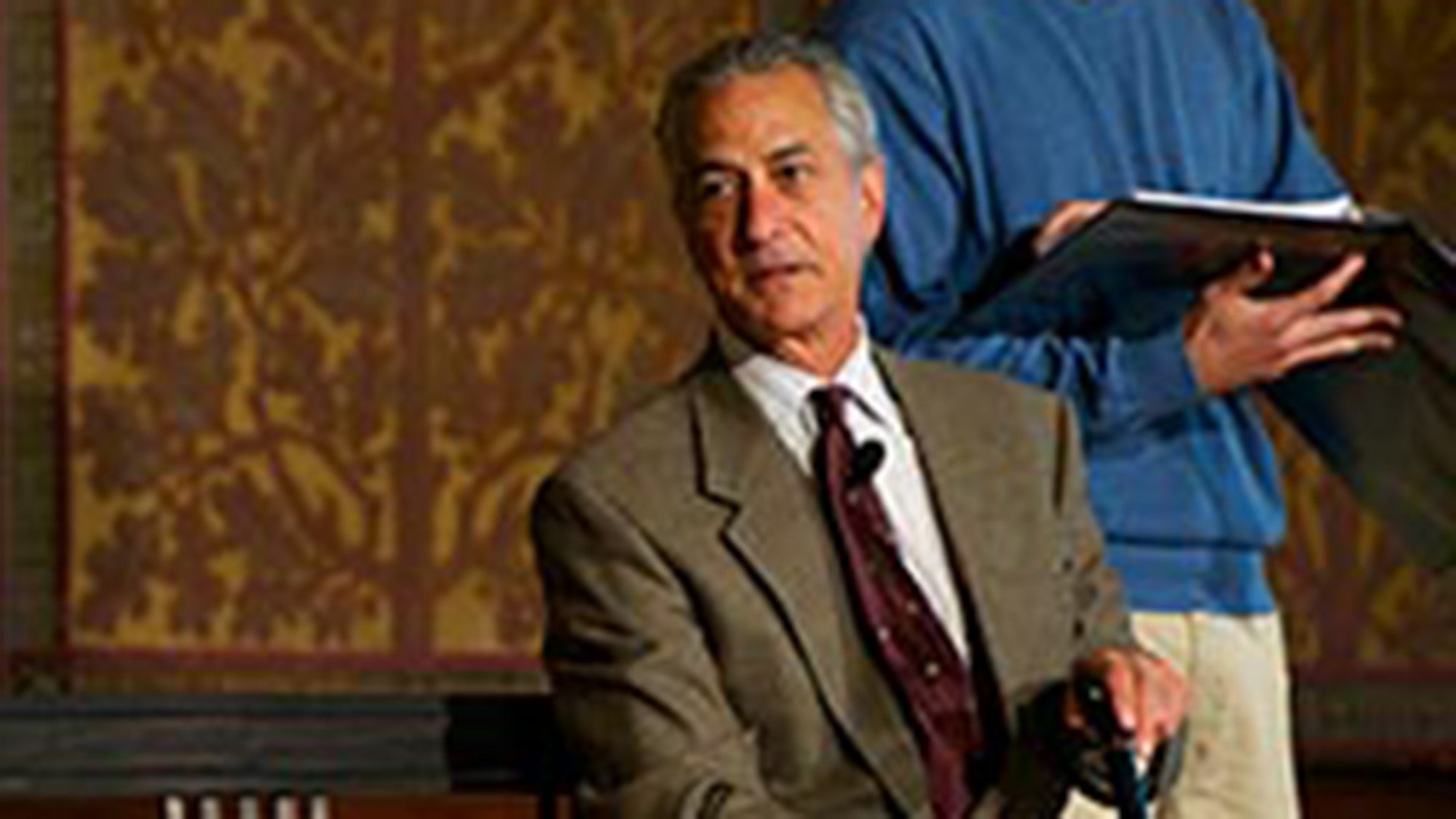 Georgetown honored what would have been the 100th birthday of late university professor and Holocaust witness Jan Karski with a staged reading starring Academy Award-nominated actor David Strathairn Thursday.

Georgetown honored the late university professor and Holocaust witness Jan Karski with a staged reading featuring an Academy Award-winning actor yesterday, which would have been Karski’s 100th birthday.

The Davis Performing Arts Center and the Laboratory for Global Performance and Politics presented the world premier performance of the play Remember This: Walking with Jan Karski, in historic Gaston Hall.

The reading featured actor David Strathairn (pictured above) as Karski and an ensemble of Georgetown students and alumni.

Strathairn was nominated for an Academy Award for his portrayal of Edward R. Murrow in the 2005 film Good Night and Good Luck.

Derek Goldman, professor of theater and performance arts studies in Georgetown College, and Clark Young (C’09) co-wrote and adapted the performance for the stage.

“It’s a life that’s remarkable in so many ways … filled with so many varied chapters, harrowing, humble and heroic and frankly impossible to ever imagine doing any kind of full justice to,” Goldman said before the performance.

He said he and Young were inspired by the commemorative statue of Karski on a bench in front of White-Gravenor Hall and then began thinking about “what young people today, including and perhaps especially students on this campus, have to take away from the example of Karski’s work and life.” 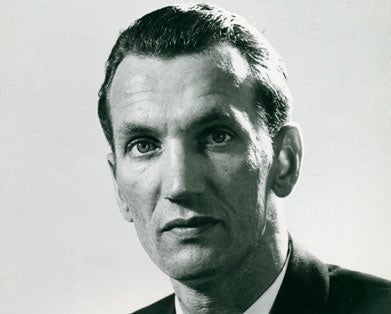 Jan Karski earned a doctorate from Georgetown in 1952 and taught in the political science department for 40 years.

Karski joined the Polish Underground at the age of 25 during World War II after escaping from Soviet capture.

Thanks to his photographic memory and mastery of four languages, he was among the first to provide some of the first eyewitness accounts of the Holocaust to Allied leaders.

He earned a doctorate from Georgetown in 1952 and taught in the political science department for 40 years. Karksi died in July 2000 at the age of 86, but posthumously won a Presidential Medal of Freedom in 2012.

“Jan Karski’s story, his life and his work, is characterized by speaking out against hate and intolerance, by serving as a witness, [and] by setting for all of us – at Georgetown and across the world – an example of what it means to stand for justice,” said Georgetown President John J. DeGioia.

Before the staged reading, the School of Foreign Service hosted a “Responsibility to Protect” panel discussion featuring Robert Egnell, visiting professor in the security studies program; Melanne Verveer, executive director of the Georgetown Institute for Women, Peace and Security; and Anthony Arend, government professor and director of the Master of Science in Foreign Service program.

The panelists talked about the Responsibility to Protect norm, which calls for sovereign states and nations to protect their populations from mass atrocities such as genocide and war crimes.

Developed after the 1994 Rwandan Genocide and the 1995 Srebrenica massacre, the norm was adopted at the 2005 United Nations’ World Summit.

“In many ways, Jan Karski was the pioneer of this principle that is now so much tested in international affairs,” Reardon-Anderson said.

Medal of Freedom to be Awarded Posthumously to Jan Karski