A recent Georgetown study finds that a compound formed after cruciferous vegetables such as broccoli and cabbage are consumed protects rats and mice from lethal doses of radiation. 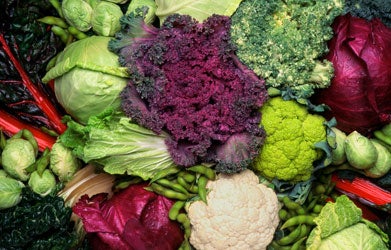 Researchers discovered that a compound formed after cruciferous vegetables are metabolized in the stomach protects the normal tissues of animal models during radiation.

A recent study led by Georgetown researchers revealed that a compound derived from vegetables such as cabbage, cauliflower and broccoli protected rats and mice from lethal doses of radiation and may have a role for humans.

The study, published Oct. 14 in the Proceedings of the National Academy of Sciences (PNAS), suggests that DIM, formed after a compound found in cruciferous vegetables is metabolized in the stomach, may protect normal tissues during radiation therapy for cancer treatment.

The compound already has been shown to be safe for humans when delivered orally.

Dr. Eliot Rosen, the study’s corresponding author, said the study points to a second potential use of the compound.

“In addition to DIM’s potential role in protecting normal tissues in patients receiving radiation therapy for cancer,” he said, “it could also protect individuals from the lethal consequences of a nuclear disaster.”

Rosen is a professor of oncology, biochemistry and cell & molecular biology, and radiation medicine at Georgetown University Medical Center (GUMC) and co-directs the radiobiology and DNA repair program at Lombardi Comprehensive Cancer Center. 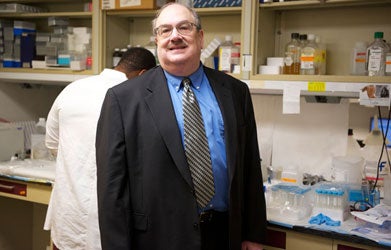 “[DIM] has been studied as a cancer prevention agent for years, but this is the first indication that DIM can also act as a radiation protector,” said Dr. Eliot Rosen, professor of oncology, biochemistry and cell & molecular biology, and radiation medicine.

“The compound has been studied as a cancer prevention agent for years, but this is the first indication that DIM can also act as a radiation protector,” he says.

Radioprotectors are compounds that reduce the development of side effects from radiation when given before or during exposure.

The study’s co-authors, Saijun Fan and Dr. Milton Brown, are co-inventors on a Georgetown patent application related to the usage of DIM and DIM-related compounds as radioprotectors.

The compound also can be found in other cruciferous vegetables (vegetables of the family Cruciferae) such as Brussel sprouts, kale, collard greens and bok choy.

These are typically reduced in patients undergoing radiation treatment for cancer.

This work was supported by U.S. Public Health Service Grants (CA104546 and CA150646), a grant from the Center for Drug Discovery at Georgetown University, and other Georgetown funding.