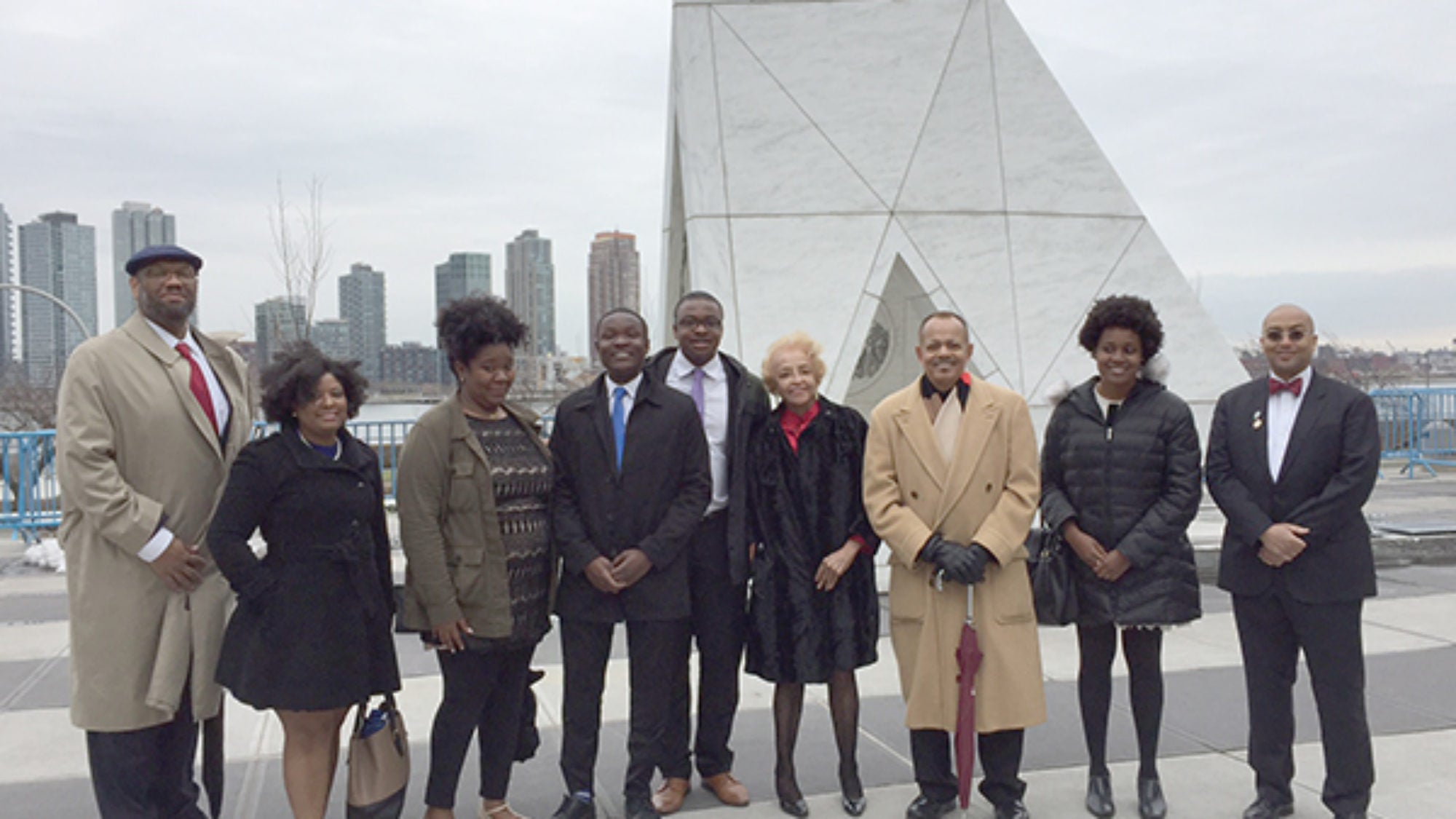 A university delegation accepted an invitation to visit the United Nations to commemorate the International Day of Remembrance of the Victims of Slavery and the Transatlantic Slave Trade as Georgetown explores its own historical relationship to slavery.

“I am haunted by the fact that few countries make a major effort to remember publicly the slave past or the horrors of the slave trade,” Bunch said during his address. “We should all be haunted because not knowing and not remembering the history, the legacy and the contemporary meaning of slavery hurts the living and dishonors the millions who experienced the slave trade and the millions who survived the institution of slavery and the thousands who fought for the abolition of this evil.”

Members of the delegation included three descendants of the 272 enslaved individuals sold in 1838 by the Jesuits of the Maryland Province to benefit Georgetown Jeremy Alexander, of the university’s technology commercialization office; Onita Estes-Hicks, distinguished teaching professor emerita at the State University of New York; and Jada Hawkins, who works for Goldman Sachs.

“Having a Georgetown delegation invited to attend the events at the United Nations helped me remember that our university’s efforts to deal with its history with slavery represents a small part of the vastness of the transatlantic slave trade,” said Benton, whose work has been focused on the slavery, memory and reconciliation initiative at Georgetown.

Benton said alongside the tragedy of slavery, there are signs of the strength found in the human spirit.

“To this day, people often seek to understand the ways in which the humans who were victimized by the slave trade employed forms of resistance and adaptation to survive slavery, win their freedom and fight to create new worlds within emancipated societies,” he said.

The United Nations has marked the International Day of Remembrance of the Victims of Slavery and the Transatlantic Slave Trade for the past 10 years.

In addition to the ceremony, members of Georgetown’s delegation also viewed the United Nation’s permanent memorial to honor victims of slavery and the transatlantic slave trade – The Ark of Return – and attended a cultural and culinary event featuring live music at the headquarters.