Cardinal Donald Wuerl, archbishop of Washington, D.C., opens this semester’s Dahlgren Sacred Lecture Series with reflections of Pope Francis’ collegial approach and use of the 50-year tradition of synodality that he said could reshape pastoral care within the Catholic Church.

– Cardinal Donald Wuerl, archbishop of Washington, D.C., opened this semester’s Dahlgren Sacred Lecture Series at Georgetown with reflections of Pope Francis’ collegial approach and use of the 50-year tradition of synodality that he said could reshape pastoral care within the Catholic Church.

“Ecclesiologically, what Pope Francis has done is to refocus once again on the ministry of the College of Bishops, as was the case in the Second Vatican Council,” Wuerl said during the Sept. 12 lecture, “Pope Francis: Fresh Perspectives on Synodality.”

The Office of Mission and Ministry sponsored the lecture, which was held on campus in Dahlgren Chapel. 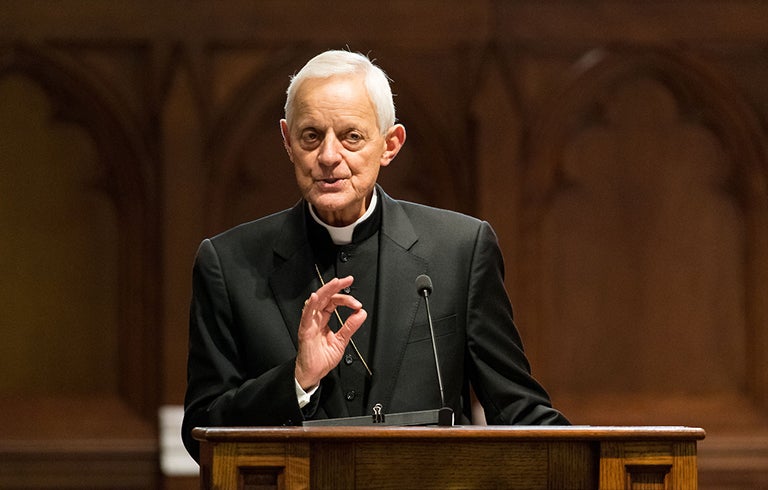 “The word takes on new emphasis today as Pope Francis applies it in order to express the concept of the whole Church, pastors and flock, walking and working together to explore the needed pastoral responses to the challenges of today,” Wuerl said.

Pope Francis held two Synods of Bishops on family issues in 2014 and 2015 with an upcoming synod focusing on youth and vocations October 2018 in Rome.

“With these sacred lectures, we continue a tradition practiced by the early Jesuits who offered lectures outside of the context of the liturgy, with the intent to inform, edify and inspire those seeking to grow in their faith,” Georgetown President John J. DeGioia said during the event.

The sacred lectures delivered by early Jesuits often dealt with scripture and also engaged with issues of morality, prayer, the life of Christ and the challenges individuals encounter in everyday life, DeGioia said.

Rev. Mark Bosco, S.J., vice president of mission and ministry at Georgetown, said having Wuerl as the first speaker of the semester highlights the bond between Georgetown and the Washington, D.C. area Catholic community. 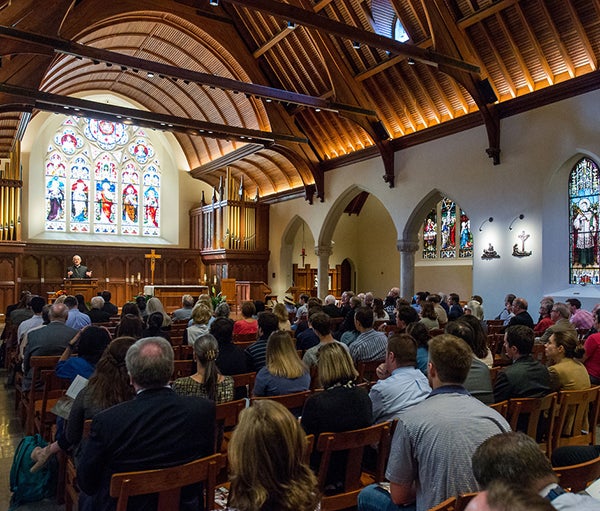 “It was good to hear him speak about the synod as a ‘walking dialogue’ and a collaborative experience of the Church,” Bosco said after the lecture. “Since the upcoming synod is about listening to the young people of the Church, we wanted him to share his thoughts with us as we move forward.”

Over the past three years, Georgetown has welcomed guests delivering lectures on topics related to theology, spirituality and the Jesuit intellectual and spiritual tradition.