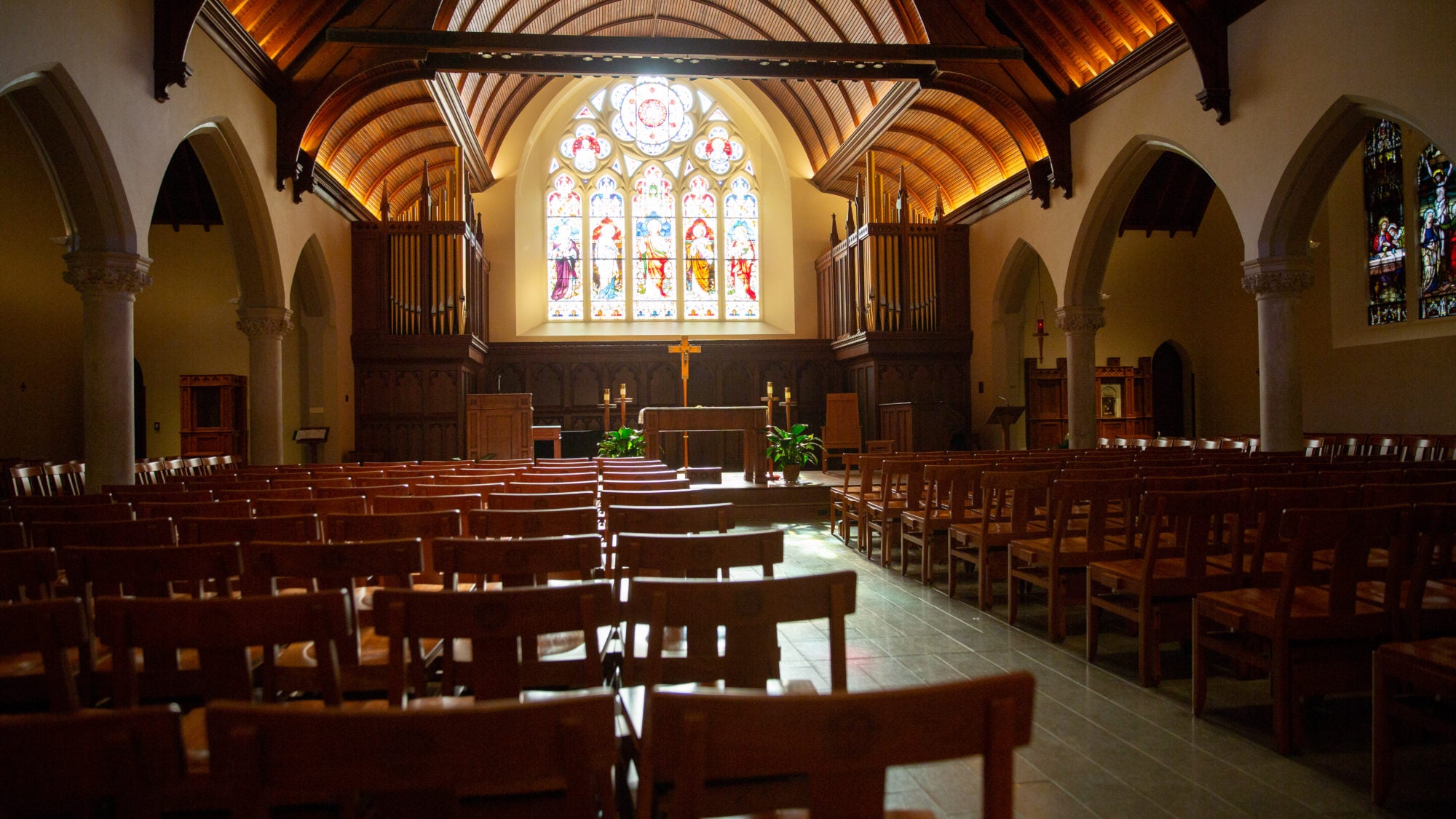 In honor of Jesuit Heritage month, I am reflecting back on my time so far at Georgetown, the nation’s oldest Catholic and Jesuit institution of higher learning. When I first applied to Georgetown, I was a little nervous that it was a religiously-affiliated school. I had grown up Catholic, but I was not excited about the idea of taking courses in the field of theology. Now that I have taken two theology classes, I could not be happier that this is one of the university’s core curriculum requirements. These courses were some of my most interesting at Georgetown and were nothing like the mandatory catechism Sunday classes I took growing up as a child.

A course that almost all freshman take is called Problem of God, and this is an introductory survey of all religions and of the existence of God. Each section of the class is different because each professor puts his own spin on the topic. I found the course so interesting because I had only ever known much about Christianity, and this class allowed me to see into the ideologies of people around the world. I am now taking a course called Latino Church Doing Justice, which has allowed me to delve deeper into the lives and ideas of the peoples of my region of focus, Latin America.

The Jesuit presence is not only felt in the core theology courses, but almost everywhere on campus. Georgetown, as an institution, aims to teach its students key Jesuit values and the care of the whole person. Since coming to Georgetown, I have seen and felt the kindness of my peers and their willingness to help others, which stems back to the university’s ideals and Jesuit connection. My courses instill this same sense of selflessness into me and my peers. I left my freshman year inspired to change the world and to one day chart a career in public service because I want to create a positive difference in the lives of those around me.

Stemming from this value of selflessness are the myriad of community service opportunities found on and off campus. I am personally involved in the Center for Social Justice’s After School Kids Program. In this program, Georgetown students tutor and mentor DC public schools high school students who are affected by the cradle-prison pipeline. This program has opened my eyes and inspired me because the students I work with have so much potential but lack a mentor in their lives. By serving as their mentor and offering them advice on college, I feel empowered and strive to make an even greater difference in ensuring that all students have equal opportunities to achieve success.

Overall, I could not be happier with the University’s Jesuit identity. It is one that is open and accepting to all religions and all people. That is what makes Georgetown so special.