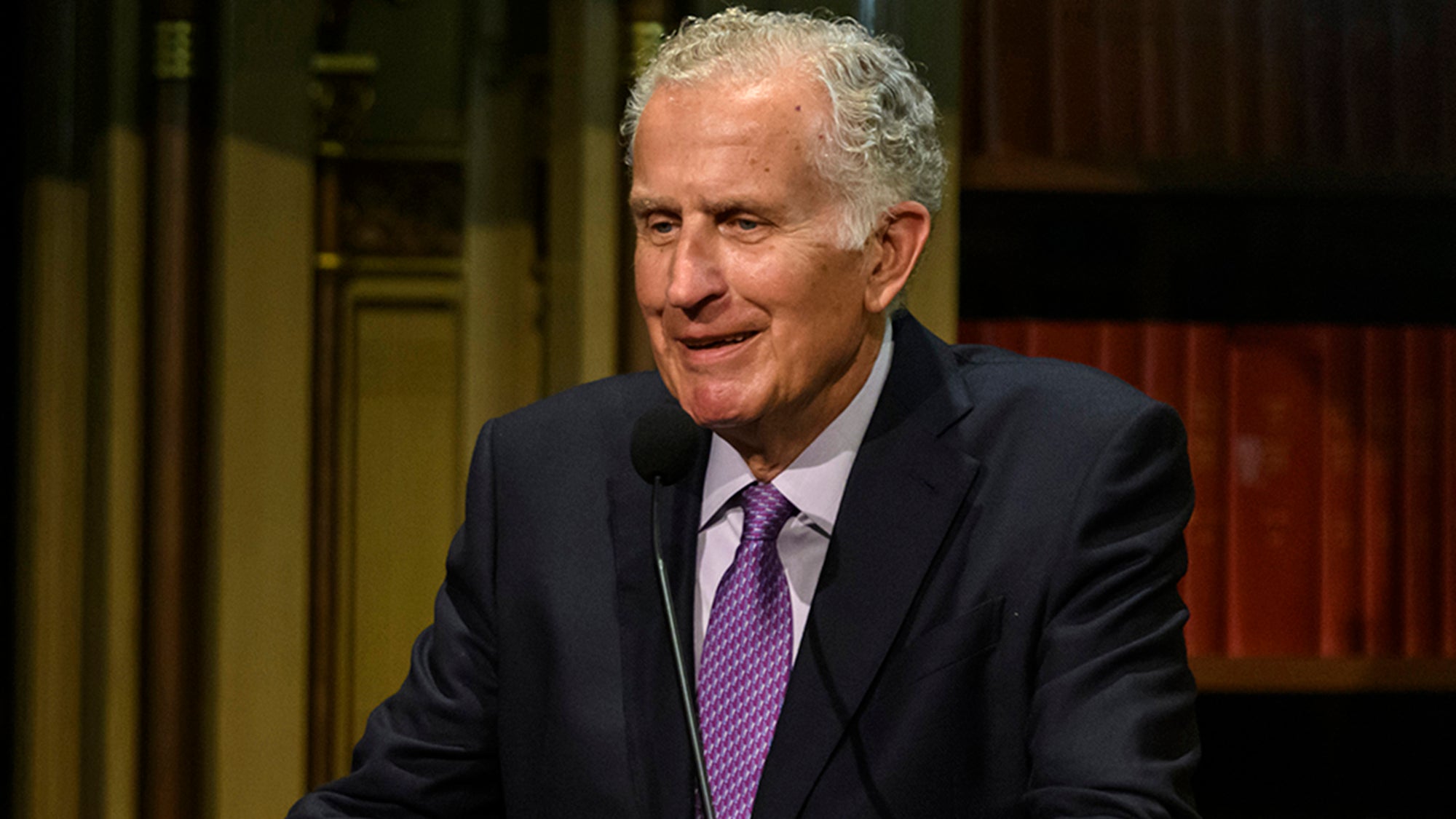 Paul Tagliabue (C’62), former NFL commissioner and a treasured Georgetown supporter, was enshrined into the Pro Football Hall of Fame last week in Canton, Ohio, during the NFL’s Centennial Celebration.

The selection of Tagliabue, a member and former chair of the university’s board of directors, was named last year as one of only 15 players, contributors and coaches nationwide to the Pro Football’s Hall of Fame’s Centennial Class of 2020.

The enshrinement, originally scheduled for August 2020, was delayed due to the COVID-19 pandemic.

Chosen as a contributor among nearly 300 nominees, Tagliabue was lauded by the Hall of Fame for bringing the NFL to “unparalleled heights during his 17-year reign after succeeding Pete Rozelle as league Commissioner.”

“All of you have my everlasting gratitude for everything we accomplished together during my 17 years as commissioner,” said Tagliabue in his Hall of Fame speech.

Tagliabue, who served as NFL commission from 1989 to 2006, expanded the league to 32 teams, established NFL as a global brand with operations in overseas markets and secured $25 billion in TV contracts, among other accomplishments.

“This was the most thorough vetting of candidates in the Hall’s history and it needed to be,” said Rick Gosselin, who was on the Blue Ribbon Panel that selected the group. “Our charge was to scour 100 years of professional football and find the most deserving candidates who have slipped through the cracks.”

Tagliabue has been associated with Georgetown for more than 60 years.

A college basketball star and Rhodes scholar finalist, he began serving on the board of directors in 2006 and was elected chair in 2009, stepping down in 2015 but remaining a vice chair until 2018.

He and his wife, Chandler, have been generous donors to the university for decades, supporting numerous Georgetown programs, efforts and initiatives.

A $5 million gift to the university in 2011 from the Tagliabues provided need-based undergraduate scholarships; scholarships for student-athletes in both men’s and women’s sports programs; programmatic support for the campus LGBTQ (Lesbian, Gay, Bisexual, Transgender, Queer and Questioning) Resource Center; and strategic initiatives funding.

“My experiences at Georgetown shaped my values, stimulated my search for answers and created unimaginable opportunities for me as the grandson of immigrants to America,” Paul Tagliabue said after the gift was announced. “Now it is our responsibility to create similar experiences for future generations of highly motivated students from all walks of life in America and abroad.”

In 2001, the university presented him with the President’s Medal in recognition of his professional achievements, his dedicated service to United Way of America and his facilitation of a partnership between NFL Charities and Georgetown’s Lombardi Comprehensive Cancer Center.