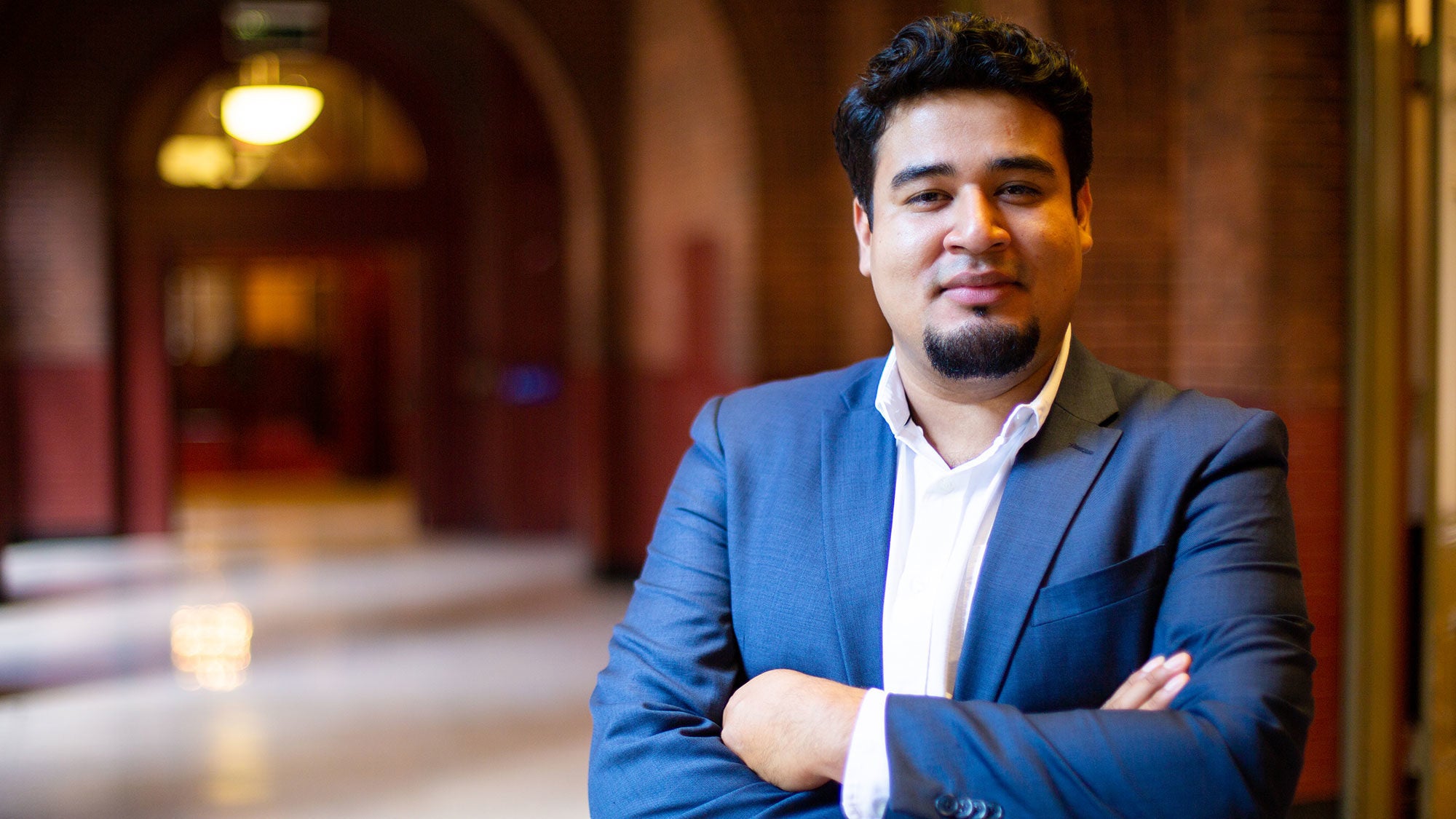 Juan Manuel Menjívar (G’22) explores the rich linguistic abilities of Salvadorans in the United States and in El Salvador and is one of eight Patrick Healy Graduate Fellows this year. The Georgetown fellowship, designed to recruit and retain students underrepresented in doctoral programs, is awarded to four outstanding students who want to pursue careers in academia.

Research: Menjívar researches Spanish sociophonetics, which broadly combines the methods of sociolinguistics and phonetics and the influence of the orthographical system – or visual representation of a language – on pronunciation.

While previous studies have focused on this topic from the perspective of second language acquisition, Menjívar says he plans to study how first-language speakers are influenced.

The doctoral student has long been fascinated with languages and how people interact with one another.

“I began to develop a specific interest in Spanish sociophonetics during my first year at Georgetown,” he says. “Sociophonetic analysis has the potential to give us insight into a person, where they are from, how they identify, and, more importantly, it reveals the ability that all humans possess to adapt their speech according to their surroundings or audience.”

Menjívar hopes to change some of the misconceptions people have about El Salvador through his teaching and research.

“I want to show that the country is rich in history, culture and language,” says the graduate student, who was born in La Paz, El Salvador. “My dream is to open a bilingual English-Spanish school in El Salvador and give linguistics students from the United States the opportunity to teach and conduct research there.”

“I knew Georgetown had one of the best Ph.D. programs for Spanish linguistics, and some of my undergraduate professors spoke very highly of the staff,” Menjívar recalls. “I am currently halfway through the program, and I can say that it has not disappointed. The professors and classes at the Spanish department are amazing, but my favorite thing about the Spanish department is the sense of community that exists amongst peers.”

“Juan Manuel brings a most-needed diversity to our student body, which, from a purely scholarly perspective, results in the production of new epistemologies,” says Víctor Fernández-Mallat, an assistant professor in the Department of Spanish and Portuguese. “Because he is interested in studying the linguistic practices of his own Salvatorian speech community, his contribution to the field is to introduce a new in-group gaze to the way in which we consider these practices.”

“Teaching Spanish language courses has by far been my favorite experience at Georgetown, and it has reinforced my wish to become a professor,” he says. “Knowing that students want to learn Spanish and being able to help them gives me joy.”