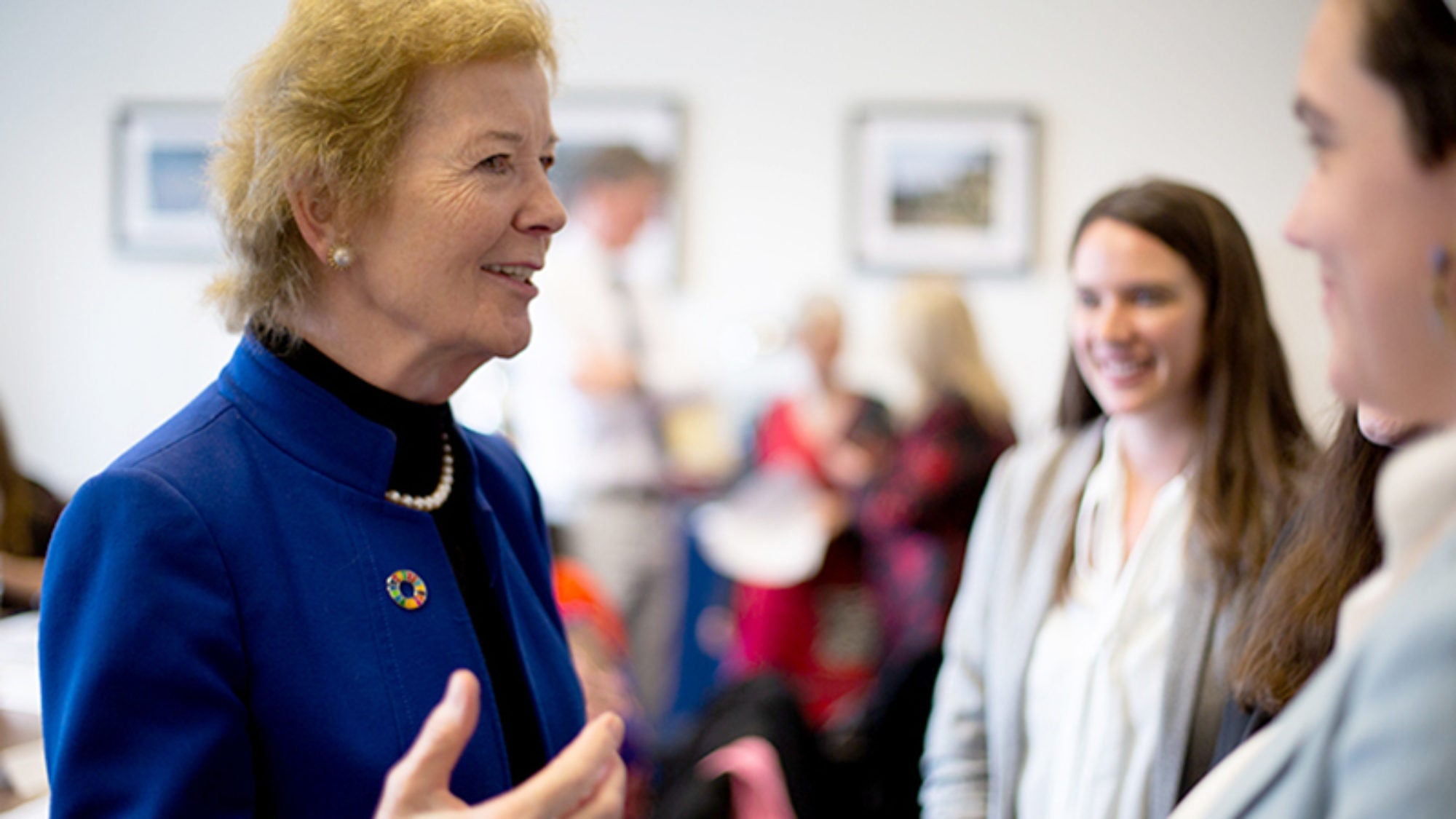 Former Irish President Mary Robinson says climate change is threatening livelihoods across the globe, especially in states impacted by conflict, during a Georgetown workshop that focused on the intersection of the two issues as they relate to gender.

Former Irish President Mary Robinson said climate change is threatening livelihoods across the globe, especiallystates impacted by conflict, during a symposium at Georgetown on the intersection of climate change, conflict and gender.

“Climate change is disrupting livelihoods,” the former head of state said during a March 29 workshop co-sponsored by the Georgetown Institute for Women Peace and Security (GIWPS). “It’s driving people out of their homes, and it’s going to exacerbate and further threaten conflict and fragile states.”

About 25 academics, practitioners and policymakers from a number of countries, including the Democratic Republic of the Congo, Kenya and Costa Rica, came to the symposium, supported by Nicolaus and Christiane Weickart.

“Women are already being displaced and adversely affected by climate change all over the world, and also by conflict,” said Vicki Arroyo, executive director of the Georgetown Climate Center. “So they’re both some of the most vulnerable people, but also, they’re the decision makers often for their families. I think it’s really important to lift up women’s voices, and I think it’s very important to have women at the table because we need all hands on deck.” 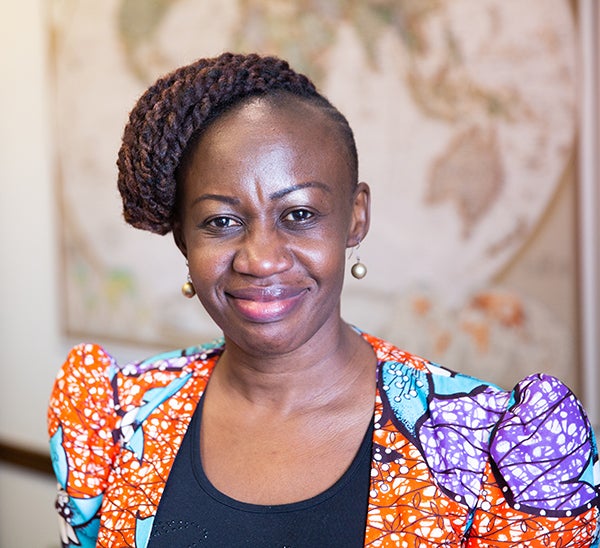 “Coming here to Georgetown University is very important for me, because it gives me a platform to talk to the world … It’s really amazing and interesting to see women and people working on gender from all around the world at the policy level … and for us to come up with some uniform voice on certain issues …”

Arroyo noted the university’s leadership on issues related to the environment and climate, women and security and also migration.

“We have so many pieces of this puzzle, and we’re right here in Washington, DC, where it’s easy to bring together the world and hopefully to inform our national decision-making bodies as well,” said Arroyo, also assistant dean for centers and institutes and a professor from practice at Georgetown Law.

“This applies to the substance of the discussion, as well as to who is in the room,” she explained.