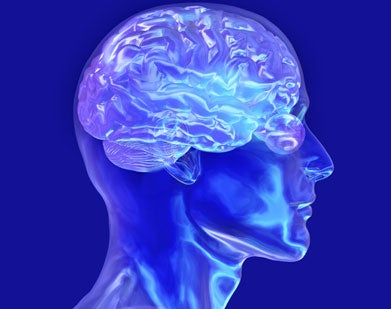 Brain scans of Gulf War veterans revealed anomalies in the nerve fibers that connect to the areas of the brain that process pain and fatigue.

MARCH 20, 2013GEORGETOWN UNIVERSITY MEDICAL CENTER(GUMC) researchers for the first time have discovered that veterans who suffer from “Gulf War Illness” have physical changes in their brains that may account for pain from actions as simple as putting on a shirt.

Brain scans of 31 veterans with the illness, compared to 20 control subjects, revealed anomalies in the bundles of axons, also known as nerve fibers, that connect brain areas involved in the processing and perception of pain and fatigue.

The Georgetown findings, published online today in PLOS ONE, could provide insight into the mysterious medical symptoms reported by Gulf War veterans, the researchers say.

“This provides a completely new perspective on Gulf War Illness,” says Dr. James Baraniuk, the study’s senior investigator and a professor of medicine at GUMC.

GUMC researchers note that bundles of axons, which form the brain white matter, are akin to telephone wires that carry nerve impulses between different parts of the gray matter in the brain.

“While we can’t exactly tell how this tract is affected at the molecular level, the scans tell us these axons are not working in a normal fashion,” Baraniuk says.

This provides a completely new perspective on Gulf War Illness.”

—Dr. James Baraniuk, SENIOR INVESTIGATOR AND A PROFESSOR OF MEDICINE AT GUMC

Although preliminary, “the changes appear distinct from multiple sclerosis, major depression, Alzheimer’s disease and other neurodegenerative diseases,” says the study’s lead author, GUMC researcher Rakib Rayhan. “These novel findings are really exciting because they provide validation for many veterans who have long said that no one believes them.”

According to the Department of Defense, which helped fund the Georgetown study, Gulf War Illness is “characterized by persistent symptoms such as chronic headache, widespread pain, cognitive difficulties, unexplained fatigue, gastrointestinal problems, respiratory symptoms and other abnormalities that are not explained by traditional medical or psychiatric diagnoses.”

Although these veterans were exposed to nerve agents, pesticides and herbicides, among other toxic chemicals, no one has yet definitively linked any single exposure or underlying mechanism to Gulf War Illness.

The GUMC research team used a form of functional magnetic resonance imaging (fMRI) called diffusion tensor imaging. This imaging method examines patterns of water diffusion in the brain to look for changes in the integrity of white matter not seen on regular MRI scans.

The results of study must be replicated, say its authors, but for the first time a potential biomarker for Gulf War Illness may be on the horizon, as well as a possible target for therapy.

“Pain and fatigue are perceptions, just like other sensory input, and Gulf War Illness could be due to extensive damage to the structures that facilitate them,” says Rayhan. “Some of the veterans we studied feel pain when doing something as simple as putting on a shirt. Now we have something to tell them about why their lives have been so greatly affected.”

The Department of Defense Congressionally Directed Medical Research Program provided support for the study with award W81-XWH-09-1-0526. The project also has been funded in whole or in part with federal funds (grant # UL1TR000101, previously UL1RR031975) from the National Center for Advancing Translational Sciences, National Institutes of Health, through the Clinical and Translational Science Awards Program.