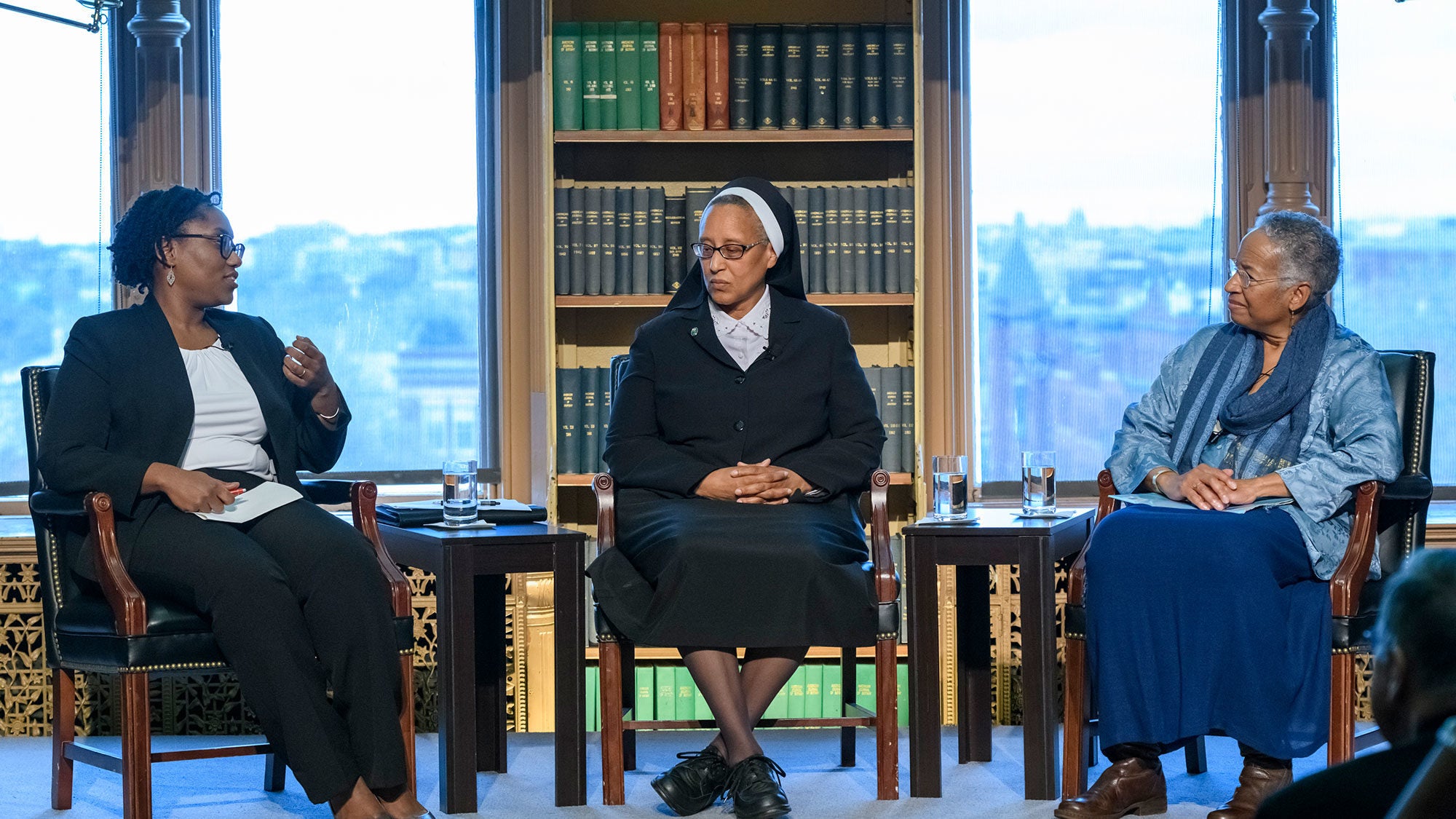 The university honors the legacies of 19th-century pioneer educator and nun Anne Marie Becraft and the first black female religious order in the country, the Oblate Sisters of Providence, during an Emancipation Day event at Georgetown.

Anne Marie Becraft, a free woman of color, founded one of the first schools for black girls in Georgetown in 1820. Eleven years later she became one of the country’s first black nuns with the Oblate Sisters of Providence (OSP) in Baltimore, Maryland, taking the name Sister Mary Aloysius. 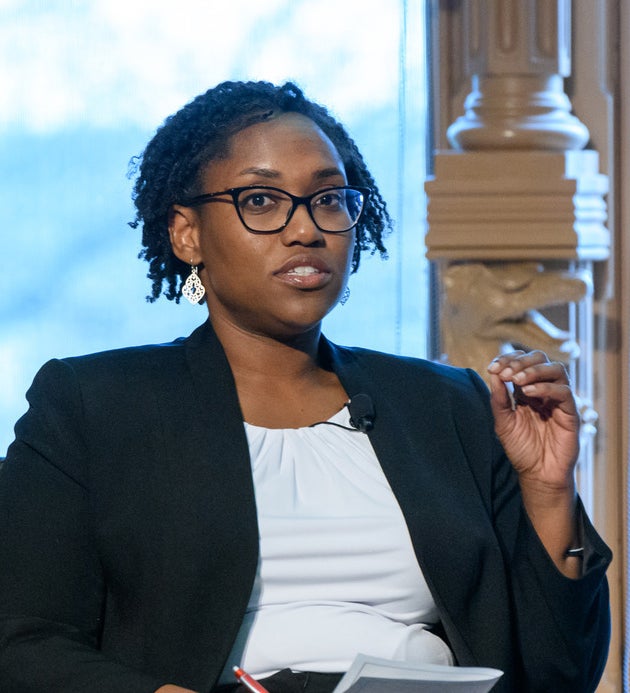 In keeping with the recommendations of Georgetown’s Working Group on Slavery, Memory, and Reconciliation (SMR), the building once named for a priest involved with the 1838 sale of 272 enslaved people by the Maryland Jesuits was rededicated in April 2017 as Anne Marie Becraft Hall.

“I’m struck by some of the ways that the Oblate sisters were, in many ways, doing the work that black women across the country were doing in terms of filling that gap between what the state provided and what people of color needed and between what the Catholic Church said and what they were actually doing to help people of color,” said Chatelain, who also served on the Georgetown working group. “We can understand that history as a place of faith.”

The religious order continues its work in Baltimore, Miami, Buffalo and Costa Rica.

“Their historical experience – their survival as a community of [religious] women … depended on God’s providence and on their exercise of agency on their own behalf,” says Batts Morrow, who wrote Persons of Color and Religious at the Same Time: The Oblate Sisters of Providence, 1828-1860. “At a time when people looked askance at education for black people, the sisters looked at education as vital.” 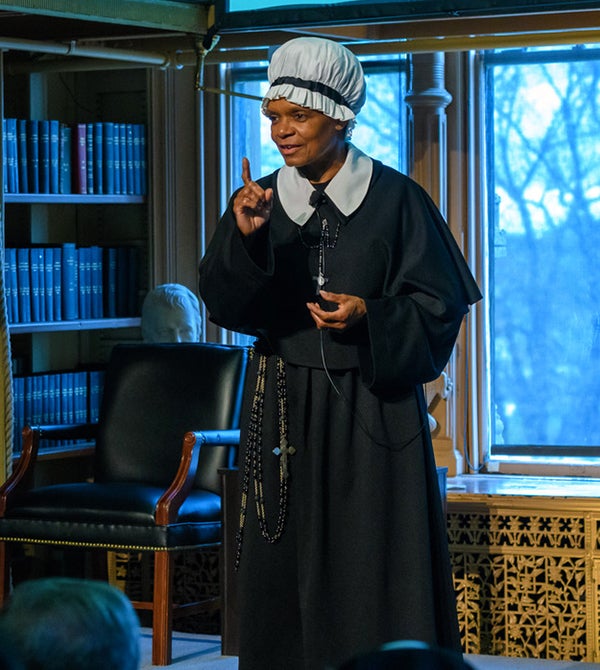 Becraft was only 15 years old when she started a school for black girls not far from the Georgetown University campus in the years before she joined the Oblate Sisters.

“Sister Mary Aloysius was not with the community long … but she had a very sweet disposition, joining with it the firmness necessary to be respected by the students,” Hall said. “Their very example brought them not only more students, but more women who wanted to join them.”

The talk was followed by a storytelling performance about OSP founder Mother Mary Lange.

Later today, Chatelain will participate in a panel discussion exploring the historic ties to slavery of various institutions – including Georgetown – at the National Museum of African American History and Culture as part of Emancipation Day.

Emancipation Day marks the anniversary of President Abraham Lincoln signing an act on April 16, 1862, that ended slavery in the District of Columbia.