Georgetown and other researchers publish a study showing that safe levels of electrical stimulation can enhance your capacity to think more creatively.

– Safe levels of electrical stimulation can enhance your capacity to think more creatively, according to a new study by Georgetown researchers.

The team used Transcranial Direct Current Stimulation (tDCS) to stimulate an area of the brain known to be associated with creativity in combination with giving test subjects verbal cues to think more creatively. 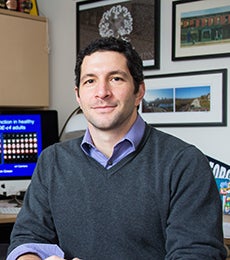 “We found that the individuals who were most able to ramp up activity in a region at the far front of the brain, called the frontopolar cortex, were the ones most able to ramp up the creativity of the connections they formed,” Green explains. “Since ramping up activity in frontopolar cortex appeared to support a natural boost in creative thinking, we predicted that stimulating activity in this brain region would facilitate this boost, allowing people to reach higher creative heights.”

“This work is a departure from traditional research that treats creativity as a static trait,” Green says. “Instead, we focused on creativity as a dynamic state that can change quickly within an individual when they ‘put their thinking cap on.’ ”

“The findings of this study offer the new suggestion that giving individuals a “zap” of electrical stimulation can enhance the brain’s natural thinking cap boost in creativity,” he adds.

The researchers wrote that their results provide “novel evidence” that tDCS enhances the “conscious augmentation of creativity elicited by cognitive intervention, and extends the known boundaries of tDCS enhancement to analogical reasoning, a form of creative intelligence that is a powerful engine for innovation.” 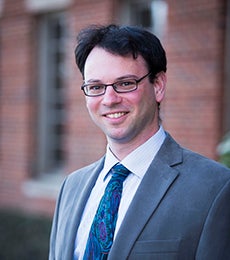 Turkletaub, a GUMC cognitive neurologist, hopes that one day doctors may be able to improve creative analogical reasoning using both cueing and tDCS to help people with brain disorders.

“People with speech and language difficulties often can’t find or produce the words they need,” he explains. “Enhancing creative analogical reasoning might allow them to find alternate ways of expressing their ideas using different words, gestures, or other approaches to convey a similar meaning.”

Green and Turkeltaub say that although their results are promising, “it is important to be cautious about applications of tDCS.”

They say that much remains unknown about exactly how tDCS affects brain function, and early reports of tDCS effects need further replication before researchers can further gauge how substantive these effects are.

“Any effort to use electric current for stimulating the brain outside the laboratory or clinic could be dangerous and should be strongly discouraged,” Green cautioned.