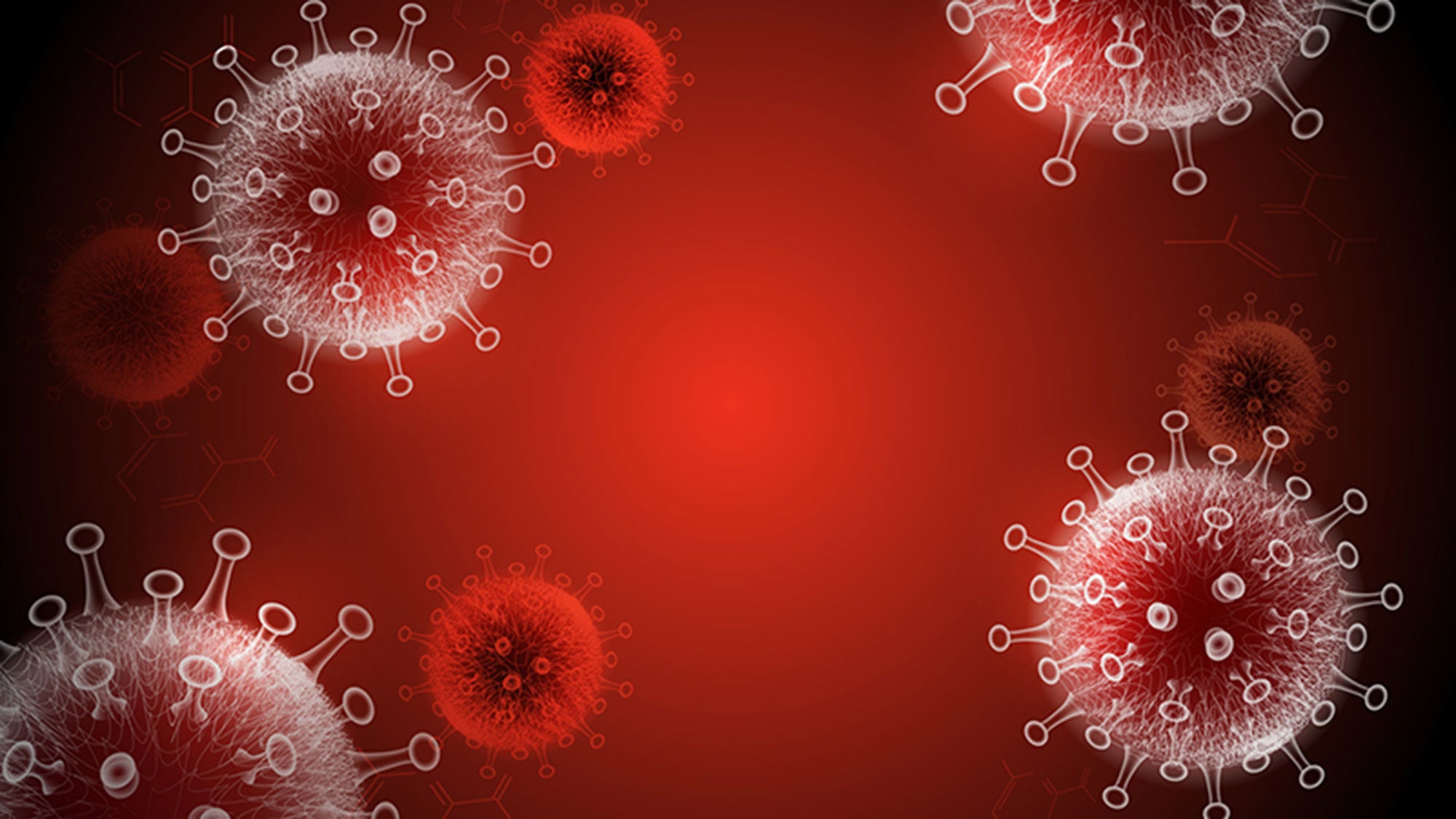 Despite comparisons people are making between the COVID-19 crisis and the devastating flu of the early 1900s, historical epidemiologist Timothy Newfield says the latter was far more widespread and more severe.

Better hygiene, a less severe underlying disease burden and medical and technological advances are on our side compared to global outbreaks of the past, he says, but there’s still much we can learn as COVID-19 continues to worsen around the world. 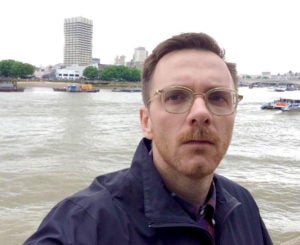 “We need sober epidemiology in order to get through this,” says Newfield, assistant professor of history and biology at Georgetown. “There’s been much media attention on the deaths that are occurring from the virus and even comparisons to the 1917 to 1919 influenza outbreak. There just really are no comparisons when you consider the scale of the two pandemics and look at the actual populations impacted.”

Any number of lives lost is hard to witness, the professor says, but it’s important to provide accurate information that raises awareness instead of fears. Percentages count when analyzing pandemics, he says.

COVID-19, the disease caused by the SARS-CoV-2 virus, spilled over in late November last year and first surfaced in the Wuhan, China. It has since spread to all continents but one. With nearly 780,000 cases worldwide, the disease has killed more than 37,000 people in more than 200 countries and territories.

“The 1917 to 1919 influenza outbreak killed 25 to 50 million out of a population of about 1.8 billion,” Newfield explains. “That’s about 1.3 to 2.7% of the population, who are theoretically exposed, dying. That’s a lot of people. It also has been estimated a third of the world was infected.”

The pandemic known as the Black Death in the mid-14th century is recorded as the most devastating pandemic in history, claiming more than 40 million lives in Europe alone.

“The Black Death was not a strictly European event,” Newfield says. “It is often portrayed as though it was, but Sub-Saharan Africa, Central Asia – and possibly East Asia – were likely also affected,” Newfield says.

“The Black Death matters so much because it killed 40 million people out of a population of about 90 million, or about 45% of the population in Europe,” Newfield explains. “Worse yet, it established itself in Europe, or somewhere nearby, in animal reservoirs and continued to cause large outbreaks into the 19th century – such as the Northern Italian plague of the 17th century and the Provençal Peste a century later.”

The professor says we should be careful about how we refer to pandemics. The 1917-19 influenza outbreak became commonly known as the Spanish Flu only because Spain was the first to report cases to the Western world.

“Spanish Flu should not be used,” he says. No one today, he adds, thinks the Great Influenza started in Iberia. “Geography has no place in a pathogen or epidemic’s name, but unfortunately it typically does.” 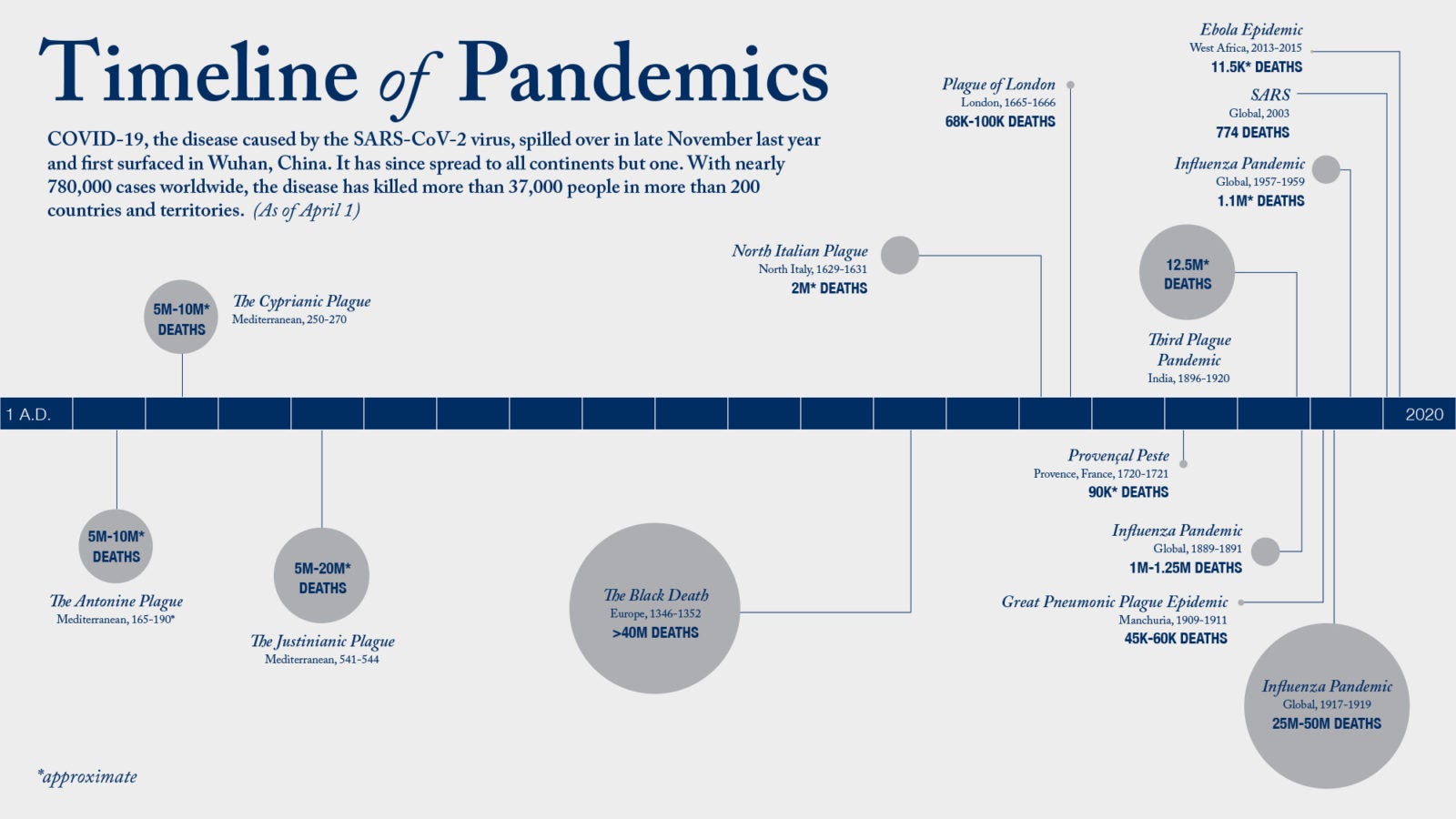 More often, it is a challenge to solidly pinpoint a country or region of origin for pandemic outbreaks, Newfield says.

He says the same goes for the Justinianic Plague, an earlier pandemic of plague that reoccurred between 541 and 750 C.E. and for the origin for smallpox. Both could have emerged much closer to Europe than has long been thought.

While the origins of major infectious diseases are murky, Newfield stresses that a good deal is known about the emergence of COVID-19.

The scholar also notes that most estimates show there has been at least one novel emergent pathogen per year over the last three decades.

“The rate of disease emergence seems to be increasing in line with population growth, expanding agriculture and food production, environmental modification and climate change,” says Newfield, also an environmental historian.

To better understand the threat of disease spillovers and the impact of pandemics, interdisciplinary research is crucial, he adds.

Last year, Newfield and a team of international researchers from a wide range of fields analyzed datasets linked to the Justinianic Plague, which was widely thought to have killed tens of millions of people in the Mediterranean in the matter of a few years.

Their interdisciplinary approach called that thinking into question.

“Most infectious disease scholars rely solely on the types of evidence they are trained to use,” the academic says. “It’s going to take scientists, physicians, historians and more to study the occurrences of past and more recent outbreaks. To figure them out, we must all work together.” 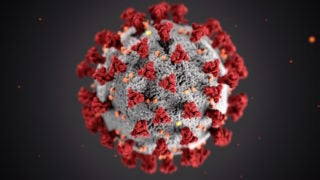