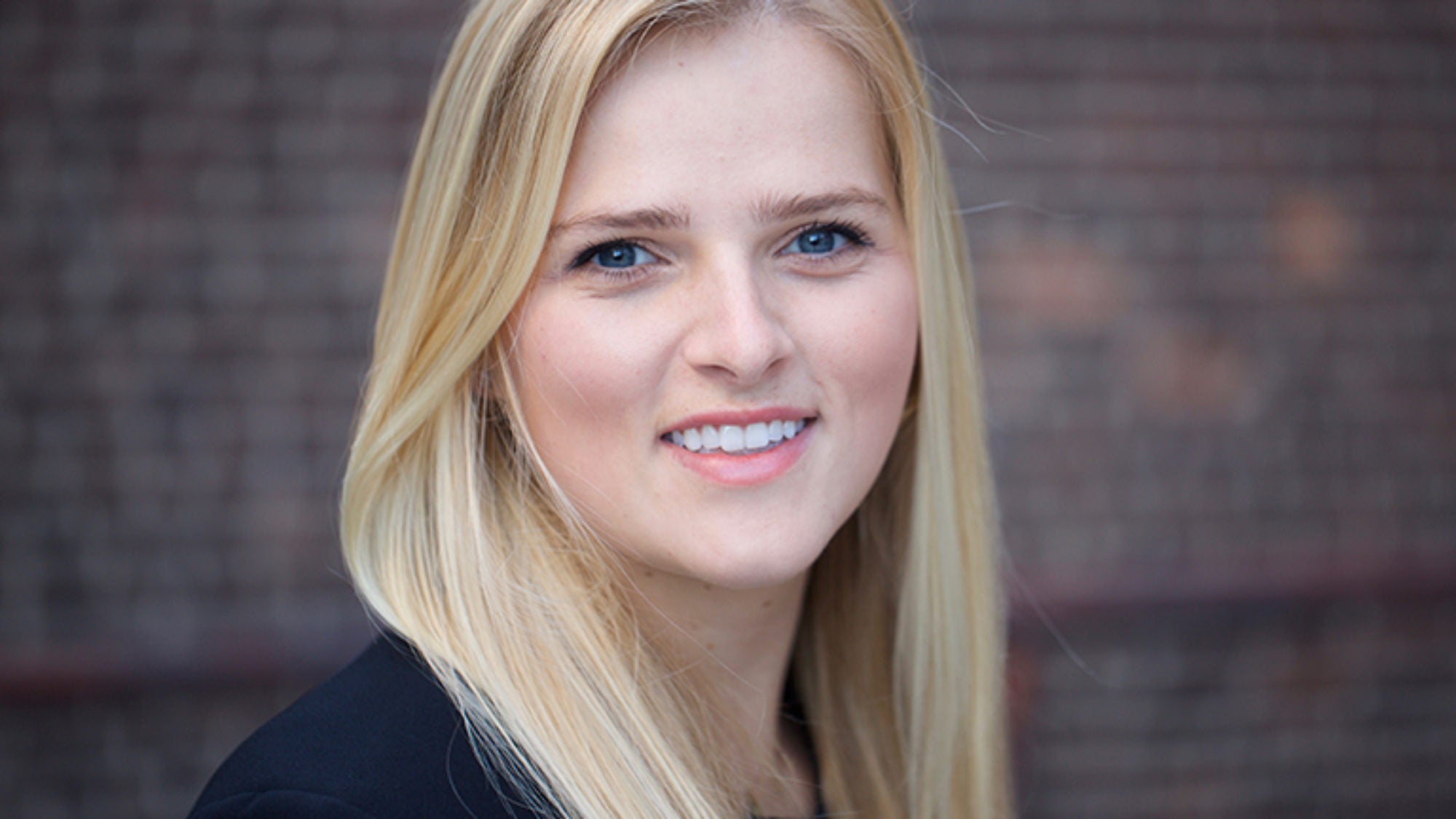 Georgetown alumna Deirdre Collins (C’17), Bermuda’s only 2018 Rhodes Scholar, will pursue an M.Phil in environmental change and management at the University of Oxford. She hopes to work to promote environmental preservation and sustainable development.

Collins, a native of St. George’s, Bermuda, was a biology major at Georgetown.

“On behalf of our entire Georgetown community, I wish to congratulate Deirdre on this extraordinary achievement,” said Georgetown President John J. DeGioia. “We look forward to the many contributions she will make to our global community as she engages more deeply in her studies in environmental science at Oxford.”

Collins excelled in the classroom during her years at Georgetown and impressed her professors from the start.

“She tackled every aspect of the [Foundations of Biology] course with intellectual vigor, mastered the work at hand, and then pushed of her own accord to reach a level of understanding far beyond what we expected,” biology professor Heidi Elmendorf wrote in a recommendation for Collins’ Rhodes candidacy.

Collins eventually served as a research assistant in the Johnson Biosignatures Lab led by Sarah Stewart Johnson, a Rhodes scholar herself and assistant professor of planetary science with the biology department and the Science, Technology and International Affairs program.

The student helped Johnson extract DNA in soil samples from regions of Western Australia thought to be similar to Mars. Such research may one day help solve the question of whether there was ever life on that planet.

During the summer of 2016, Collins was an intern with the Juneau Icefield Research Program operated by the Foundation for Glacier and Environmental Research.

Shee conducted original research on alpine ecology as an intern and went on present her analysis on the topic to the American Geophysical Union – the world’s largest Earth and space science conference.

“The classes I took and the faculty I met at Georgetown were instrumental in helping me to engage in scientific field research,” Collins said. “They inspired me to wholeheartedly dedicate myself to a career in fighting climate change.”

While her classes at Georgetown helped develop her interest in ecology, Collins became interested in the environment at a young age.

“My initial interest in environmental issues came from growing up in Bermuda, a 21-square-mile island that is particularly vulnerable to the effects of increased storm surge, sea level rise, and the rising ocean and air temperatures that accompany climate change,” she said.

Her field work experience helped drive home the immediacy of the climate change threat –the icefield she worked on, for example, is at risk of melting entirely within 150 years.

“I find myself forlorn with nostalgia for a time when coral reefs and glaciers functioned imperviously to human impact –a time I have never experienced,” Collins wrote in her personal statement for the Rhodes. “In each of these instances, I am unfailingly reminded of a time before the Anthropocene, when the Earth’s condition was not contingent on human activity.”

Collins’ dedication to environmental work didn’t end when she graduated. After returning to Bermuda, she became a certified scientific diver with the American Association of Underwater Sciences.

She currently serves as in investment analyst for the New York Green Bank, a $1 billion state-sponsored fund that invests in clean energy. 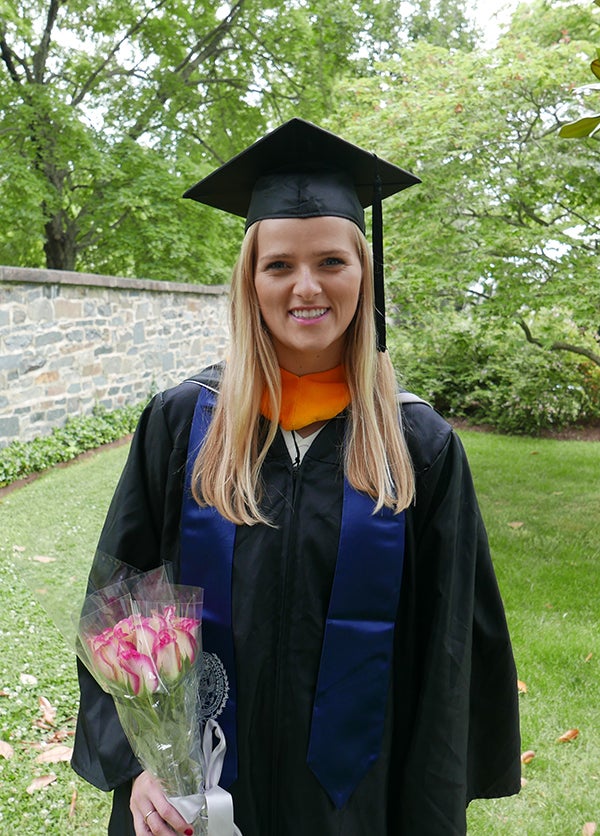 Before graduating from Georgetown last spring, Deirdre Collins conducted undergraduate research, worked on the student newspaper and volunteered through a number of organizations serving the D.C. community.

Collins maintained a diverse set of academic interests and remained active in student life and co-curricular activities throughout her undergraduate career.

She served in multiple editorial positions at the student newspaper, The Hoya, where she sought to develop and maintain effective writing skills.

“I wanted to continue to develop myself as a writer despite my choice to major in biology,” she said. “I knew that writing would always be important and necessary to whatever career path I chose.”

Collins held leadership positions at GlobeMed, a network of students partnering with grassroots organizations to carry out public health projects. She also volunteered with Georgetown’s After School Kids Program.

A French minor, she spent a semester abroad in Lyon, France, where she concentrated in African studies and tutored English on a weekly basis.

“She embraced Georgetown’s mantra of ‘men and women for others,’ ” Elmendorf wrote. “Deirdre is a modern-day Renaissance woman.”

Collins hopes that her Oxford education will help her pursue her dreams of facing one of the world’s greatest challenges head-on.

“I am driven to study climate change as it relates to politics, business economics and climate science because it poses an enormous threat to every continent on the planet,” Collins said. “We have never seen a global issue quite like climate change. The decisions we make today will impact us decades down the line.”

The all-female group of Georgetown finalists this year also included four women from the United States and one from China.