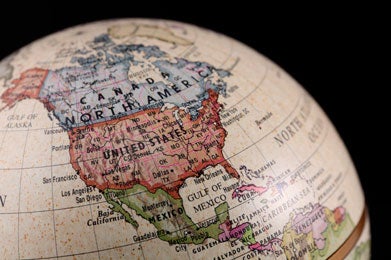 Georgetown’s two-year master’s programs in the School of Foreign Service are top notch, according to recent rankings from Foreign Policy magazine.

Recent rankings from Foreign Policy magazine have identified Georgetown as one of the best places to study international affairs.

“We can be pleased and proud that our work in teaching and research has helped produce this high ranking once again,” said SFS Dean Carol Lancaster.

The oldest school of its kind in the world, SFS is home to the Master of Science in Foreign Service and Master of Arts in Security Studies programs noted in theForeign Policy story that accompanies the rankings.

The school’s many global-related master’s options are spread out among many departments and programs, including economics, government, history, global human development, the Arab studies and more.

Foreign Policy also praised Georgetown’s undergraduate programs for their location in Washington, D.C., and a faculty “full of professionals who know all about the hard work of translating theory into policy.”

“From former Secretary of State Madeleine Albright to fresh-out-of-government former Deputy Assistant Secretary of Defense for the Middle East Colin Kahl,” the magazine said, “[the faculty] is full of professionals who know all about the hard work of translating theory into policy.”

In a separate survey in the foreign affairs magazine, Georgetown placed second in the world in a list of institutions that train the best candidates for positions in the U.S. government.

“We look forward to scaling even greater heights in coming years,” Lancaster said.