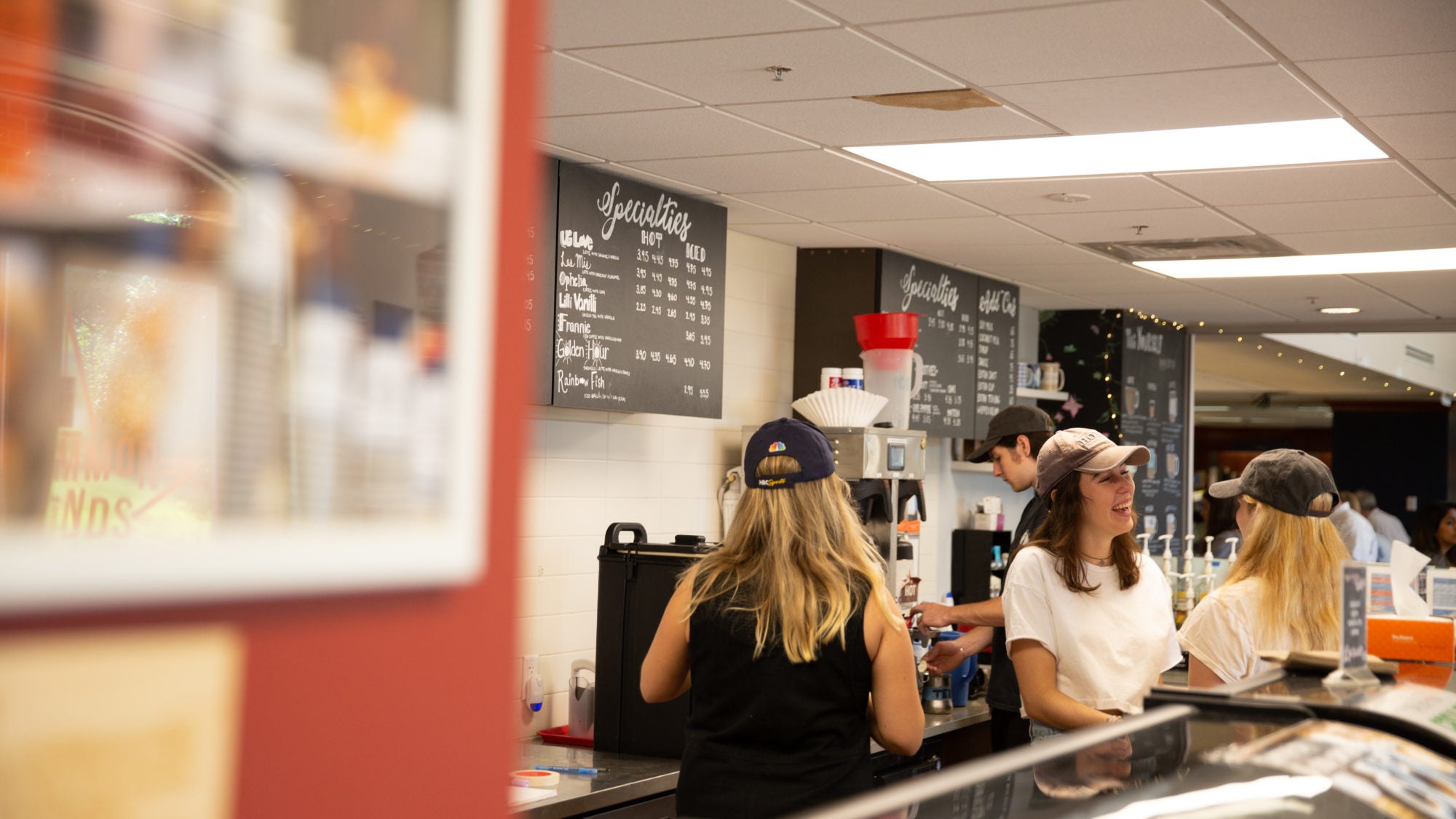 Title: An Insider Look at the Corp

The Corp is the student-run organization on which nearly everyone at Georgetown relies for their coffee and snack fix. From coffee shops to convenience stores, there really is something for everyone to fuel their studying. There are six different locations on campus: Hilltoss, Vital Vittles, Hoya Snaxa, Uncommon Grounds (UG), More Uncommon Grounds (MUG), and Midnight MUG. Here, I’m going to explain what each service is all about, and some of my favorite items from each.

Hilltoss
Located in the Healy Family Student Center, Hilltoss is home to both its salad bar and a coffee bar named Grounded. Although I have never had a salad from here (am I a rabbit?) I do love Grounded’s drinks. They are all named after nature, including national parks, trees, and flowers. My personal favorite is the Sundance – a Nutella hot chocolate!

Vital Vittles
On the other side of campus is Vital Vittles, or Vittles for short. Like a grocery store in miniature, they have everything from toiletries to ice cream to plastic cutlery to Keurig pods. I go there at least four times a week to snag a granola bar between classes or pick up a Dunkin’ Donuts bottled iced coffee. You can’t go wrong with Vittles!

Hoya Snaxa
This is a hit in the Southwest Quad, as it is located directly underneath Kennedy Hall. They are open to 1 am almost every night and they offer basically the same food selection as Vittles – sandwiches, sushi, snacks, coffee, ice cream, etc. Another convenient place to stop when you have a hankering for a particular snack that cannot be satisfied at the dining hall.

Uncommon Grounds
Of the coffee shops on campus, this is my favorite. It is located on the second floor of the bookstore and is great for studying (when you can find a table!). With lots of natural light and doors leading to the Leavey Esplanade, UG has prime study vibes. Everyone that works there knows by now (or should) that my drink of choice is the UG Love – a caramel vanilla latte – sub coconut milk, since I am there every single day. Most of the drinks are art-themed, and they have art created by students hanging on the walls, which they rotate out every few weeks.

More Uncommon Grounds
Since MUG is located in the ICC, where a lot of classes are held during the day and many faculty offices are found, it is usually hoppin’ no matter what time you go. Offering pastries and coffee, it is super easy to run to before class without being too late. Most of the time I run into a professor or one of my friends in the line and we end up chatting while we wait!

Midnight MUG
This is by far the busiest Corp service (or at least it seems that way to me!). It is located on the second floor of the library and, true to its name, it is open way past midnight – 2:30 am to be exact!! No matter what time of day or night you go to the library, someone will be there studying, and you can bet they have a drink from Midnight with them. Their drinks are based off of books, and my personal favorites are the Les Mis (caramel hazelnut latte) and the Old Man and the Tea.