Two Hoyas have been selected as 2023 Schwarzman Scholars, a one-year global affairs fellowship in China for promising young leaders.

Joshua Davis (C’17), a food start-up founder, and Zhicheng (Charlie) Wang (SFS’22), a technology researcher and recent graduate, are among the 151 Schwarzman Scholars who will pursue their master’s at Tsinghua University in Beijing this fall.

The scholarship chooses candidates based on their leadership potential, intellect and strength of character. At Tsinghua University, the scholars will be immersed in Chinese culture, leadership and global affairs to better understand China’s role in the world and network with scholars from around the world.

Wang, who was born in China, plans to leverage the fellowship for a career in international data governance. For Davis, the Schwarzman offers an important stepping stone to creating more equitable food systems.

He moonlighted as a line cook at a José Andrés restaurant and founded a food start-up, where he distributed 20,000 pounds of farm-grown food to chefs furloughed during the pandemic.

For Davis, the Schwarzman Scholarship presents a new global perspective on business, innovation and how to influence behavioral change — insights he hopes to leverage in combating malnutrition and creating more equitable access to healthy food.

“The solution requires several academic and global perspectives,” Davis says. “Learning from Schwarzman Scholars with varying geographic and professional backgrounds is a crucial next step on my journey to become a leader who navigates diverse perspectives to create a healthier planet through delicious food.”

Davis was first bitten by the food bug in Barranquilla, Colombia, where he taught English in a rural, low-income community after graduating from Georgetown in 2017. He saw that students there had little access to healthy food.

A year into working at Deloitte, Davis wanted to explore his own passion for cooking, and got a job as a line cook at Oyamel Cocina Mexicana restaurant in DC. He’d serve up 600-800 plates during dinner service and prep corn tortillas after work until 2 a.m.

After five months, he realized he didn’t want to become a cook. But he did realize something important in the kitchen: His restaurant had access to fresh, high-quality ingredients that most grocery stores — and everyday shoppers — did not.

“In the back of my head was, how can I provide everyday people with access to those same high-quality ingredients to encourage healthier eating?” Davis says. “Because then they can actually taste the way food is supposed to taste.”

A Pivot to Farming and Entrepreneurship

Davis co-founded a hydroponic farm called Bloom in his Washington, DC, apartment, growing heirloom lettuce and tomatoes. He was about to pivot his business to sell food from local farms to Washingtonians when COVID-19 hit. Many of the chefs he had worked with at Oyamel were out of work. So he pivoted again, raising funds through Bloom to buy food from farmers to feed local chefs. He’d load up an old pick-up with 200 pounds of produce on weekends and contracted food service workers as delivery drivers. He raised $20,000.

After 100-hour work weeks, Davis decided to close Bloom, and is now determined to find ways to influence and encourage healthier eating habits as a social entrepreneur.

“As COVID-19 displaced my friends, I realized that the fight for equality requires marching through the streets and the grocery aisle, and that marginalized groups will never be truly free until they have equal access to the freshest foods,” he says.

After his year-long Schwarzman fellowship, Davis will begin his second master’s at Stanford Graduate School of Business.

Wang graduated this year from the Walsh School of Foreign Service (SFS), where he studied international politics with a focus on technology policy. Throughout his four years, he pursued academic, research and professional opportunities that informed a future career in international data governance.

“I have always been inspired by technology’s possibility to give power to the powerless,” he said. “It’s upsetting to see how companies perpetuate the power imbalance. I am determined to change that. Schwarzman Scholars will play a pivotal role to help me get there.”

Wang first became interested in technology governance while interning at Google during the 2020 U.S. elections and then at Fanruan, a data and analytics software company in China. He saw how major tech companies have shifted “power from users to companies” — though he was interested in empowering users through technology long before Google.

Wang left China at age 13 to attend high school in New Zealand. For his senior thesis, he developed a computer program that uses artificial intelligence (AI) to help improve the communication skills of people with autism.

With four other teammates, he designed a program that used artificial intelligence to help people with autism track and monitor their daily emotions. After graduating, he was eager to continue studying technology and governance.

“I wanted to further understand how I can maximize the good of technology while minimizing its negativities,” Wang said.

In the run-up to the U.S. 2020 elections, he analyzed data on voting patterns and voting demographics as a political advertising fellow at Google. With access to vast amounts of data — which, he said, could be used to influence voters — he felt troubled by the lack of regulation.

“I learned that technology plays a huge role in public perception and public mass information distribution that leads to election outcomes in a democracy like the United States,” he said. “Individual users’ constant tradeoff between data privacy concerns and market participation has relentlessly shifted power from users to companies. As somebody who believes in technology’s power for good, these companies’ impact is troubling to me.”

He researched the impact of Google advertising strategies on fundraising and election outcomes in the 2020 Democratic primary elections as a research scholar at Georgetown’s Massive Data Institute. He also researched AI technology, the U.S.-China trade war and data governance policies at Georgetown’s Center for Security and Emerging Technology.

Wang said he believes that cooperation between the U.S. and China can help create international data governance — and he’s eager to connect with policymakers, scholars and professionals in China to study technology policy there.

“The Schwarzman Scholarship will give me the opportunity to better understand China as a Chinese national and the pros and cons of different technology regulation models,” he says. “Inspired by this, I hope to bring together Chinese and American regulators through the connections I build at Schwarzman to solve the problem of a lack of international data oversight.”

Before he leaves for Beijing, Wang is working as a public interest technology summer fellow for Princeton University. After the Schwarzman, Wang plans to attend law school. 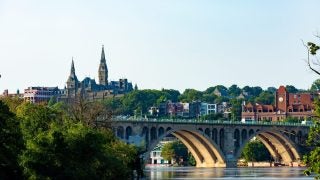 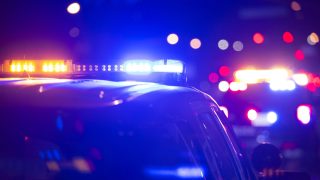 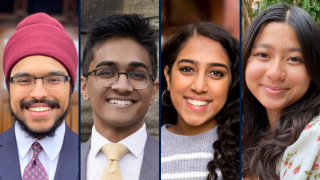