Two of the most prominent women in broadcast news today are Georgetown graduates who became co-host and co-anchor at rival television networks within a month of each other this year. 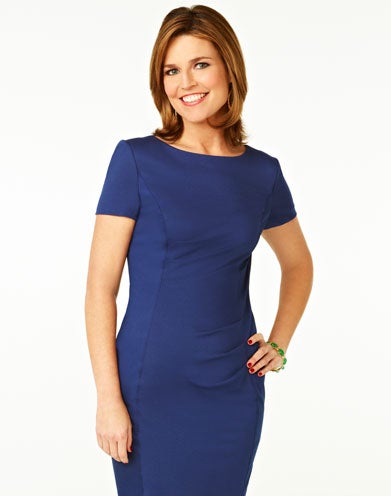 “It was a gamble to quit this television career and start a new path and go to law school full time, because I wasn’t sure I was done with TV,” says “TODAY Show” co-host Savannah Guthrie (L’02) of her decision to attend Georgetown Law.

Norah O’Donnell, who holds a 1995 bachelor’s degree in philosophy and a 2003 master’s in liberal studies from Georgetown, became co-host of “CBS This Morning” in July 2012.

Savannah Guthrie, who graduated from Georgetown Law in 2002, became co-anchor of NBC News’“TODAY Show” in June 2012.

A TV anchor in Arizona and Missouri before coming to Georgetown, she became a freelance reporter for WRC-TV in Washington.

From 2000 to 2002, in addition to studying, she was covering homicides, fires and the Sept. 11 aftermath at the Pentagon.

“It was a gamble to quit this television career and start a new path and go to law school full time, because I wasn’t sure I was done with TV,” Guthrie says. “On the other hand, I felt like it was worth the risk … I thought, well, I’m going to walk down this path and see where it leads me. Of course, I’m thrilled at how it ended up.”

In September 2007, Guthrie was named a national news correspondent at NBC, filing stories for programs such as NBC Nightly News, Today and the cable news channel MSNBC. 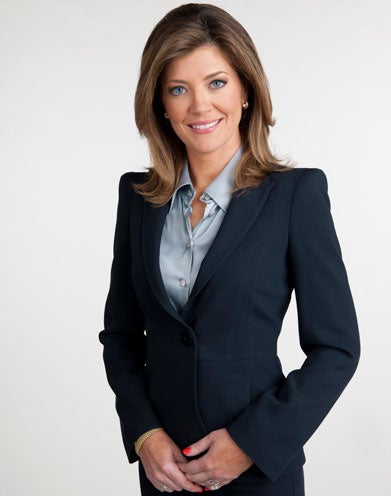 “I never get tired of saying it – morning TV is the crown jewel of broadcast journalism,” says Norah O’Donnell (C’95, G’03), co-host of “CBS This Morning”. “It’s the best job I’ve ever had.”

O’Donnell, who worked her way up from intern to anchor, joined CBS News in June 2011 as the Network’s Chief White House Correspondent. Married to restaurateur Geoff Tracy (C’95), whom she met during her freshman year at Georgetown, the couple has three young children.

“I never get tired of saying it – morning TV is the crown jewel of broadcast journalism,” O’Donnell says. “It’s the best job I’ve ever had.”

Juggling career and family, she recently told Georgetown student Josie Duckett (G’13) what she thinks about Princeton professor Anne-Marie Slaughter’s article in the July/August edition of The Atlantic magazine,“Why Women Still Can’t Have It All.”

O’Donnell told Duckett, who will graduate with a master’s degree in journalism this year, that women can “have it all,” but believes the definition will vary for everyone.

O’Donnell says she doesn’t think that means, “You work outside the home and have a perfect family life, as if that should be the one thing that all women have to achieve.”

Twins Henry and Grace, who are 5, and daughter Riley, 4, keep the couple busy. And she excelled at her job while having three children within 13-and-a half months.

“It certainly was a challenging period in my life,” O’Donnell notes. “I was nervous about going into the office of my boss at the time, NBC’s Tim Russert, and telling him that I was pregnant again after just having had twins.”

“When I went in and told Tim he couldn’t have been more supportive,” she says. “It became a really important moment in my career, realizing that having children was not an impediment, but something that women do all the time.”

Duckett says both O’Donnell and Guthrie are role models to her and many other aspiring journalists.

“They’re sharp, genuine, and calm under pressure,” Duckett says. “These hardworking women prove that taking initiative in the news business pays off. It’s just inspiring to see them in front of millions every morning, knowing they’re Hoyas at heart.”