Title: African American Studies Major to Be Offered This Fall

The Georgetown board of directors approves a new African American studies major, capitalizing on the foundation of the current minor, increasing student interest and the university’s emphasis on interdisciplinary study and racial justice.

The Georgetown board of directors approved a new African American studies major at its winter meeting this week, capitalizing on the foundationof the current minor, increasing student interest and the university’s emphasis on interdisciplinary study and racial justice.

Beginning in the fall of 2016, the major comprises 10 courses and is divided into two concentrations – one on language, literature, arts and culture and the other on history, behavioral science and social inquiry.

“We want the students to have a breadth and depth of knowledge to ensure that they have a balance between the humanities and the social sciences,” says Robert Patterson (C’02), director of the African American Studies Program, which has offered a minor since 2003. “The major also will prepare students with research skills and questions of methodology that we currently don’t offer in the minor. “ 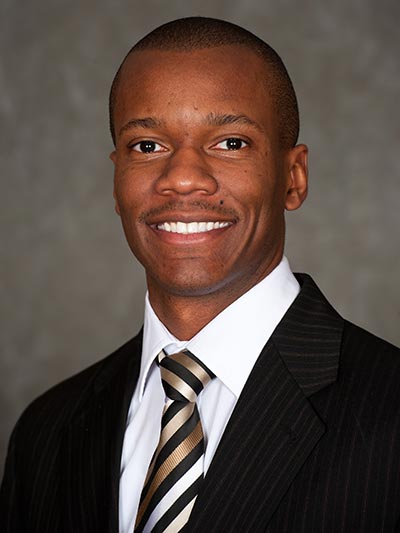 The major will allow students to “examine and explore the cultural, historical, artistic and political contributions that African Americans as well as Africans throughout the diaspora have made to the world,” he says. “This will prepare them to be culturally literate in a increasingly multicultural global environment.”

Courses from several other programs and departments will be employed to satisfy the new major’s requirements, including a sociology department course on DC Neighborhoods, Poverty, and Inequality.

“Such courses provide the tools to theorize solutions to social issues rooted in longstanding and persistent racial divides,” Patterson explains. Other courses offered in the major include Race and Racism, Race, Policy and Administration, Ethics, Race and Morality and more.

The major’s interdisciplinary nature intersects with and builds upon several existing programs and departments at Georgetown, he says, such as American Studies, Women’s and Gender Studies, Literary and Cultural Studies and Justice and Peace Studies.

“This overlap provides students and faculty with the opportunity to engage in cross-disciplinary scholarship and integrate multiple methodologies and theoretical paradigms as they explore the some of the enduring and pressing questions of the field and our society,” Patterson notes.

Interest from a diverse number of students was one of the main impetuses in creating an African American studies major.

A student-led survey, for example, showed that 99.5 percent of students asked were in favor of the move.

In the past seven years, 12 sections of Introduction to African American studies have been offered and the course has been overenrolled three times.

The author of Exodus Politics: Civil Rights and Leadership African American Literature and Culture (University of Virginia Press, 2013), Patterson is now co-editing a book, The Psychic Hold of Slavery, an interdisciplinary collection of scholarly essays that considers why and how slavery still matters.

His essay on the film 12 Years a Slave is in the book, slated for this coming June by Rutgers University Press, as is the conclusion. Soyica Colbert (C’01), associate professor of theater and performance studies as well as African American studies, is a co-editor who wrote an essay for the book on Spike Lee’s film Bamboozled.

The new major was mentioned as part of a series of commitments Georgetown President John J. DeGioia made earlier this month to inform the university’s work to address racial injustice.

“Given our location in Washington and the strengths of our existing schools, we need to ensure that any such unit will provide a home for the full range of disciplines that can contribute to building the field of African American Studies,” DeGioia said. “Indeed, we need every discipline that can contribute insights to the building of this field.”