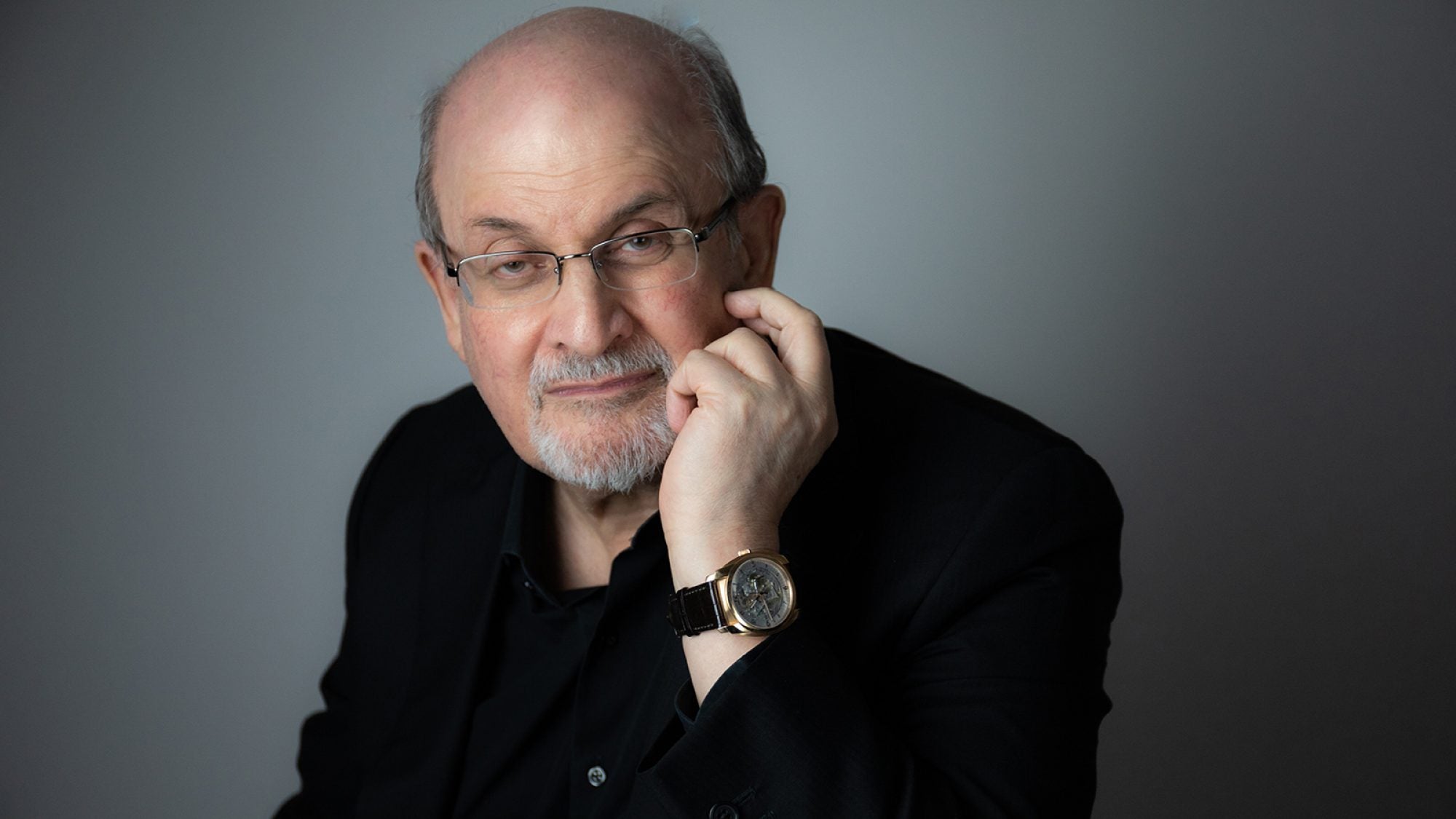 “THIS LAND:” An Evening with Salman Rushdie

Join us for the closing evening of “THIS LAND” the 2021 Lannan Center Symposium. This event will be moderated by BBC’s Razia Iqbal.

About Salman Rushdie
Salman Rushdie is the author of fourteen novels, most recently Quichotte, The Golden House, and Two Years Eight Months and Twenty-Eight Nights. His book Midnight’s Children was awarded the Booker Prize in 1981 and the Best of the Booker in 2008. He is also the author of a book of stories, East, West, and four works of non-fiction – Joseph Anton – A Memoir, Imaginary Homelands, The Jaguar Smile, and Step Across This Line. A Fellow of the British Royal Society of Literature, Rushdie has received, among other honors, the Whitbread Prize for Best Novel (twice), the Writers’ Guild Award, the James Tait Black Prize, and a U.S. National Arts Award. He holds honorary doctorates and fellowships at six European and six American universities, is an Honorary Professor in the Humanities at M.I.T, and University Distinguished Professor at Emory University. Currently, Rushdie is a Distinguished Writer in Residence at New York University.

About Razia Iqbal
Razia Iqbal is a presenter for BBC News: she is one of the main hosts of Newshour, the flagship news and current affairs program on BBC World Service radio, which is broadcast around the world including on more than 400 NPR stations in the U.S. She also regularly presents The World Tonight on the BBC’s national network, Radio 4. Iqbal was the BBC’s arts correspondent for a decade, during which she travelled around the world covering arts and culture for radio and television news. She has been a journalist with the BBC for nearly three decades, has worked as a political reporter, and as a foreign correspondent in Pakistan and Sri Lanka. She covered the 2016 Presidential campaign in the U.S.; the Turkish and German elections and has travelled in India and Pakistan making programs for radio and television.

About “THIS LAND”
“The title of next year’s Lannan Symposium, “THIS LAND,” will for many of us immediately evoke the lyrics of Woodie Guthrie’s best-known song, “This Land is Your Land.” Guthrie was an unabashedly political folk singer, one whose art imagined inclusive and non-proprietary ways of being attached to the land. The Symposium will be an opportunity to think together about a renewed politics of the land and about the role of literary art in building this politics. How can we ensure that this land endures to support future life and flourishing? How can this land be remade for dispossessed indigenous peoples as well as the dispossessors, for new immigrants as well as old, for nonhuman as well as human life, for you and me?”