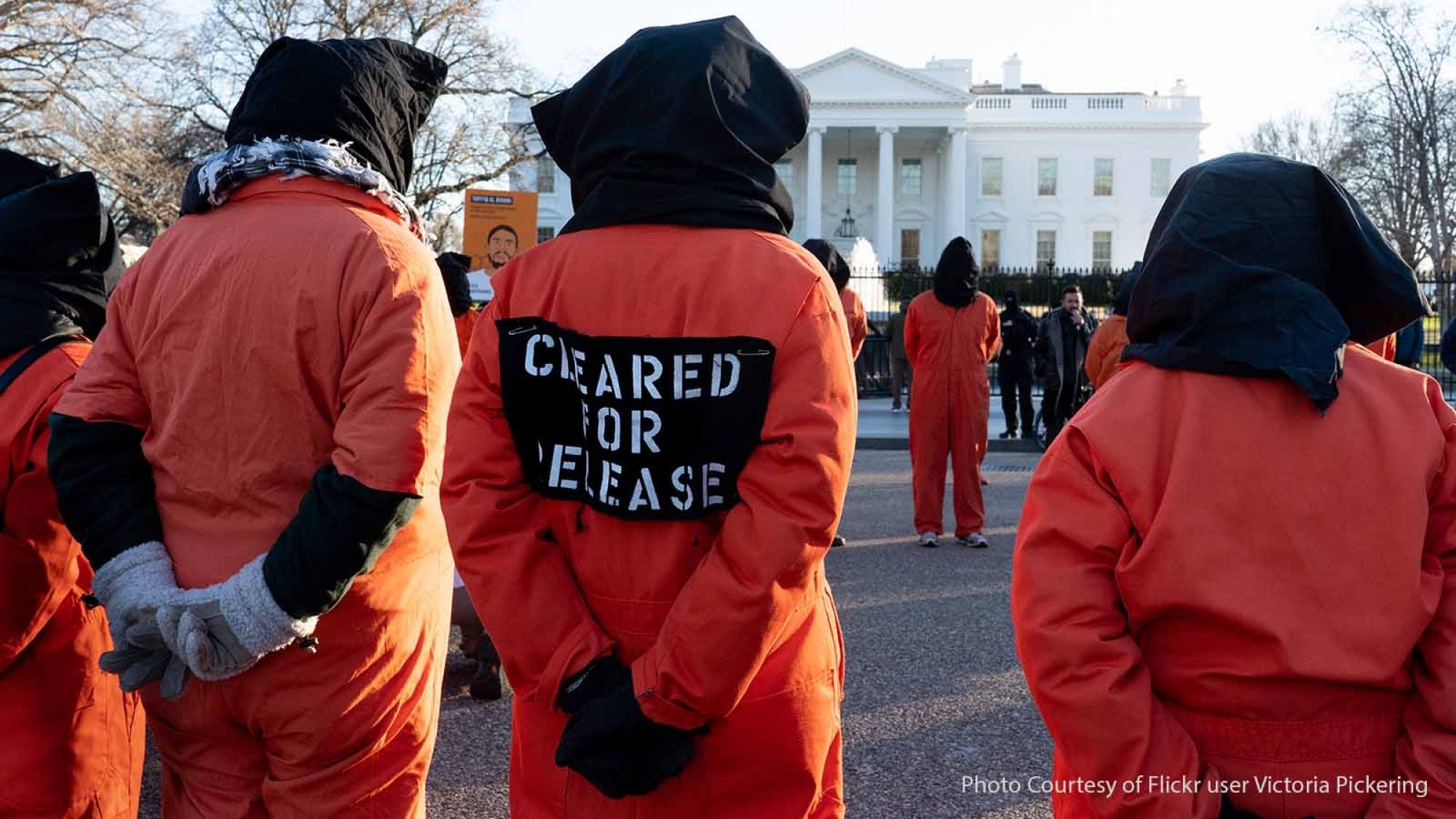 The Ethics and Politics of Guantánamo Bay

Guantánamo Bay detention camp, a United States military prison, has a fraught moral, legal, and political history–a history that Carol Rosenberg has covered since its establishment in 2002 by then-President George W. Bush as part of the War on Terror. Current and former detainees have reported abuse, torture, and detainment without fair trial, leading many human rights organizations to advocate for the camp to be closed on moral and legal grounds. Former President Barack Obama made closure of Guantánamo Bay a campaign promise in 2008, but his administration met significant bipartisan political opposition and was ultimately unsuccessful. President Donald Trump, by contrast, signed an executive order in January 2018 to keep the camp open indefinitely.

Carol Rosenberg is the world’s only full-time Guantánamo Bay reporter. She began reporting on the detention camp in January 2002 and was there when the first prisoners arrived. In this conversation, she will be joined by John Kirby, a military and diplomatic analyst for CNN and retired rear admiral in the United States Navy who served as Pentagon press secretary and then as spokesperson for the United States Department of State from 2015 to 2017. Together they will engage on a range of topics, particularly the moral challenges of Guantánamo Bay, the barriers to closing, and the political costs to keeping it open. The conversation will be set within the context of the lead-up to the 2020 election and the opposing platforms of the two candidates on the topic. Berkley Center Managing Director Michael Kessler will provide an introduction and Karen J. Greenberg, director of the Center on National Security at Fordham University, will moderate the discussion.

This event is part of the Berkley Center for Religion, Peace, and World Affairs collaboration with the Pulitzer Center on Crisis Reporting.

The Zoom Webinar link and instructions to join the call will be sent via email at 10:00 a.m. EDT on September 16 to anyone who has filled out the RSVP form. This event will be recorded and posted to the event page after the event date. Please RSVP to receive an email notification once it is posted.