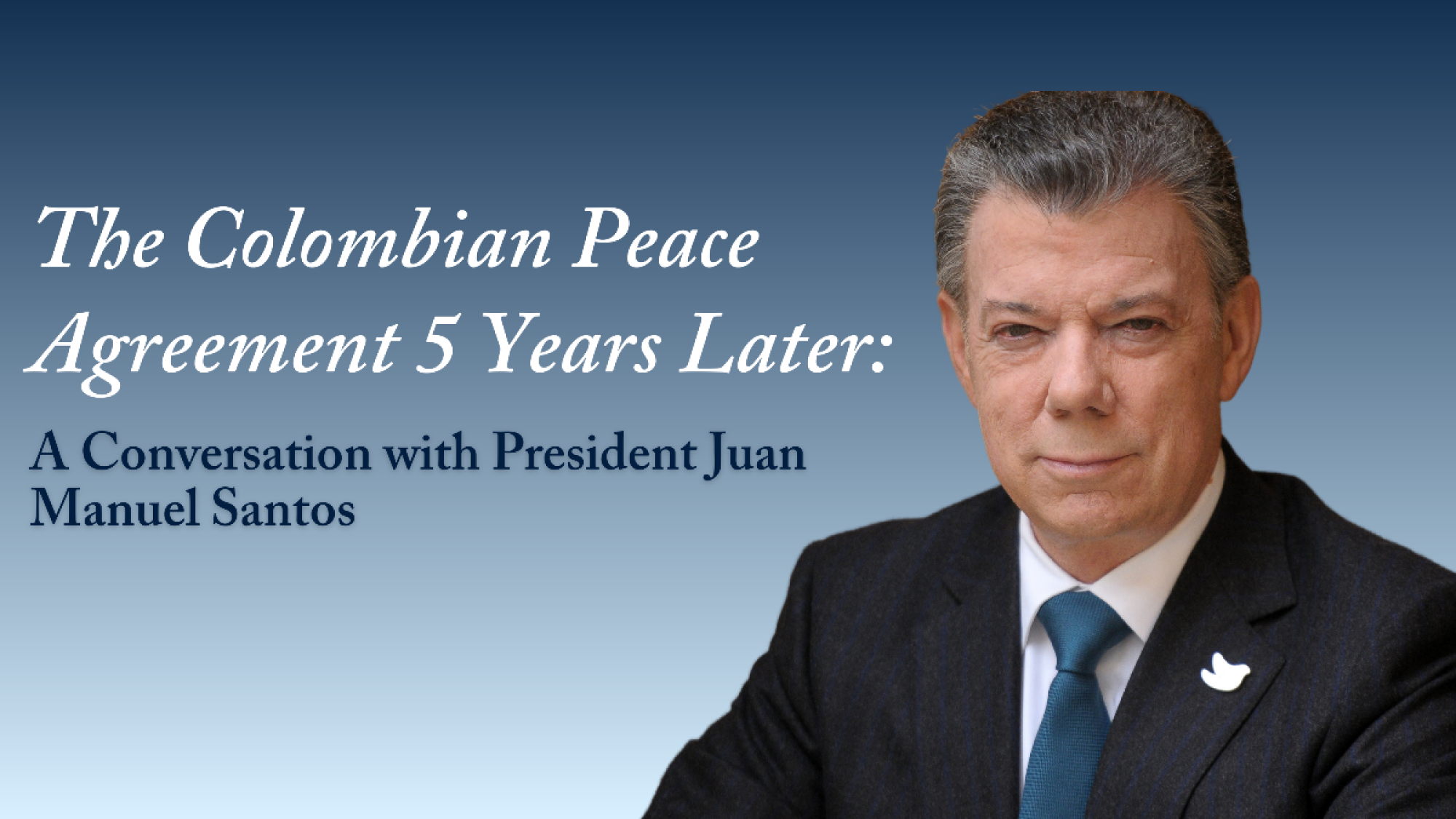 Former Colombian President Juan Manuel Santos will reflect on the five year anniversary of Colombia’s Peace Accords with the country’s oldest guerrilla group, FARC-EP. The discussion will be moderated by incoming Founding Director of the Georgetown Americas Institute Alejandro Werner.

This event will be hosted in-person on campus for GUID holders only. Seats will be filled on a first come, first served basis, with doors opening at 4:00 PM ET. Click here to register your interest and receive a reminder ahead of the conversation. This event is sponsored by the Walsh School of Foreign Service, the Latin American Policy Association, the Center for Latin American Studies and the Georgetown Americas Institute.

Juan Manuel Santos was the president of Colombia from 2010 to 2018. During his presidency, he was one of the initial promoters of the United Nations Sustainable Development Goals and led the process to convene a special session of the General Assembly of the United Nations in 2016 to discuss more effective ways to tackle the global drug problem. He was one of the founders and architects of the Pacific Alliance.

In 2016, he was the sole recipient of the Nobel Peace Prize for what the Nobel Committee described as “his resolute efforts to bring [Colombia’s] more than 50-year-long civil war to an end.” In recognition of his work on Colombia’s Peace Accords, he was also awarded the Lamp of Assisi by the Catholic Church and the Tipperary International Peace Award.

Before his election as president, Santos served as vice president, minister of foreign trade, minister of finance and minister of defense of Colombia. In the latter role, he led efforts to rescue a number of high-profile hostages from FARC captivity.

Alejandro Werner will join the Georgetown Americas Institute as founding director in January 2022. Most recently, he was director of the Western Hemisphere Department of the International Monetary Fund. He served as undersecretary of finance and public credit of Mexico from 2006 until 2010; professor of economics at the Instituto de Empresa in Madrid from 2010 until 2011; and as head of corporate and investment banking at BBVA-Bancomer from 2011until 2012. Previously, he was director of economic studies at the Bank of Mexico and a professor at the Instituto Tecnológico Autónomo de México (ITAM).