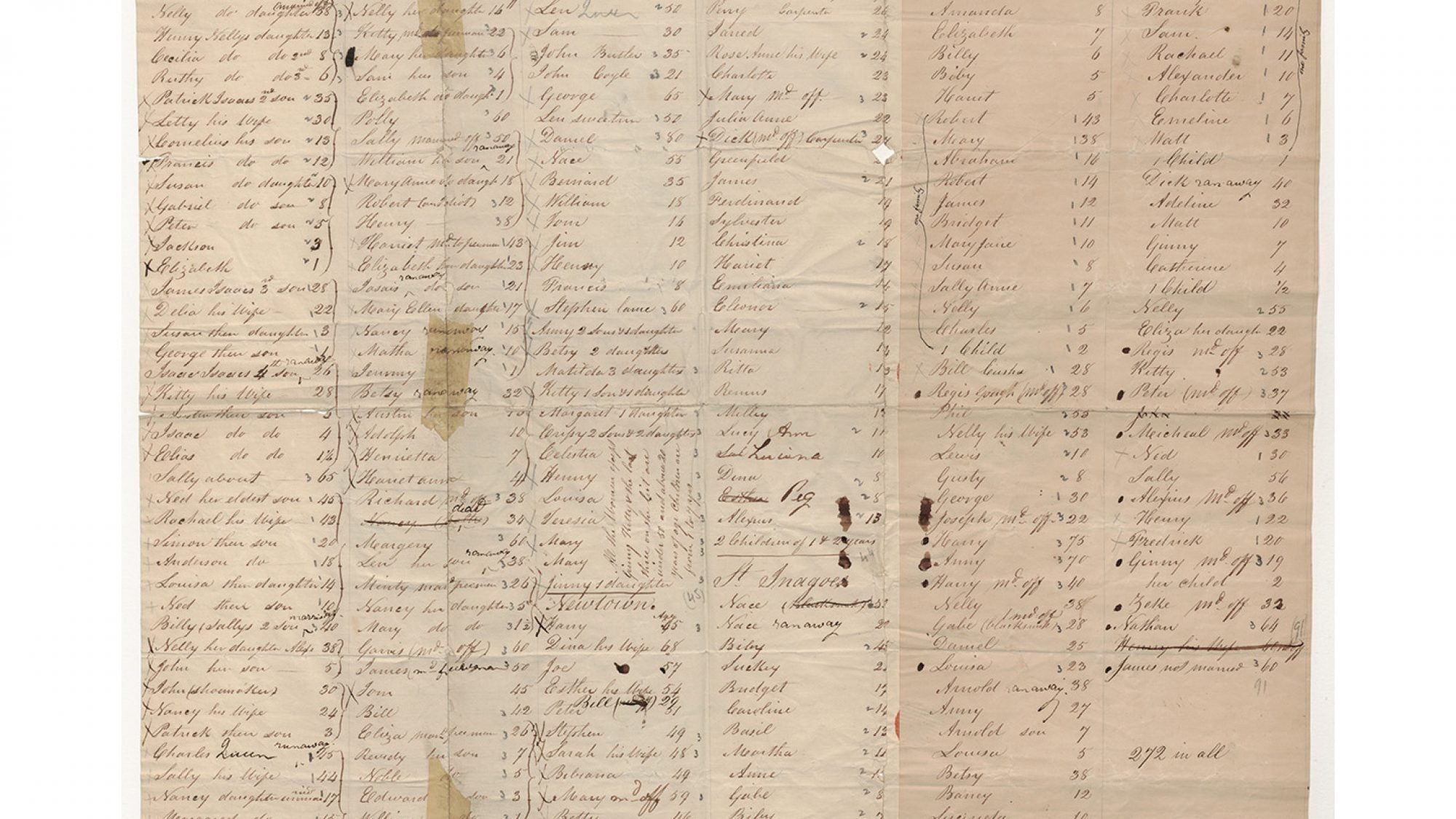 The Jesuits in the United States owned slaves.

In 1838, the Jesuits sold 272 men, women, and children and used some of the proceeds to support Georgetown University.

In 2015, Georgetown President John J. DeGioia established a Working Group on Slavery, Memory, and Reconciliation, which led to dialogue with and apology to Descendants and key efforts to address the legacy of slavery and overcome racism at Georgetown, in Washington, and beyond.

On March 15 of this year, U.S. Jesuits and Descendant leaders announced the Descendants Truth & Reconciliation Foundation, which will support the educational aspirations of Descendants of Jesuit slaveholding and racial healing efforts in the United States.

At a time of national reckoning on racism and dialogue on how to pursue justice, this Initiative Dialogue will explore personal, religious, and institutional responsibilities for the legacy of slavery and the reality of structural racism. The dialogue around institutional responses to enslavement has raised important questions, offered new possibilities for collaboration, and new paths forward for our nation and the U.S. Catholic Church. Key questions include:

John Carr, co-director of the Initiative, will moderate this dialogue.

On April 29, the day of the discussion, all who have RSVP’d will receive an email with a link and step-by-step instructions on how to join the livestream. This dialogue will have closed captions. For all other accommodation requests, please email cathsocialthought@georgetown.edu by April 28. A good faith effort will be made to fulfill requests.

An earlier “save the date” announcement for this dialogue inadvertently suggested that Shannen Dee Williams was a part of developing the new Descendants Truth and Reconciliation Foundation and would be discussing that development in this dialogue. The Initiative regrets this miscommunication.