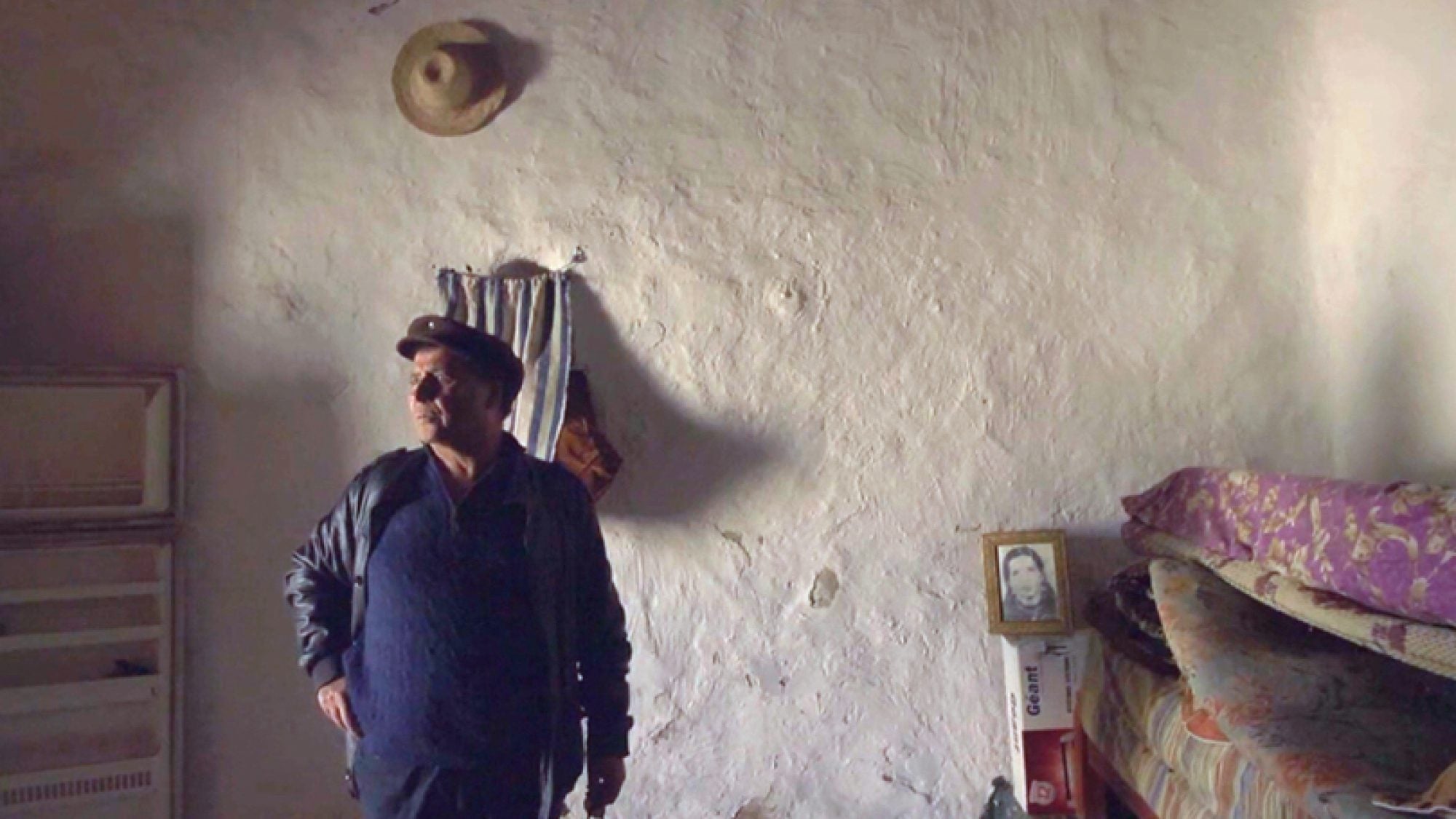 “In Mansourah, You Separated Us” Screening and Director Discussion

Join us for a screening of the film, In Mansourah, You Separated Us, followed by a discussion with the film’s director and MAAS alumna, Dorothée-Myriam Kellou.

An older man walks through piles of rubble—stone heaps and the remnants of walls on the outskirts of a village in rural Algeria. Like a host giving guests a tour of his home, he points out where kitchen, bedrooms, and other rooms once stood. “This is where I was born and grew up,” he says. “I lived here from the day I was born until they deported us.”

In Mansourah, You Separated Us tells the story of some of those deportations. It starts off seeming like a father-daughter story, as French filmmaker Dorothée-Myriam Kellou accompanies her father, Malek, on his return home to the village of Mansourah, Algeria for the first time since his childhood. Malek places a framed photo of his mother on a stack of boxes in his abandoned childhood home, and shares memories—including of the time he was nearly killed by a flare set off by the French military.

During the Algerian war of independence, Mansourah was one of thousands of communities the colonial French rulers turned into resettlement camps for the more than 2.3 million Algerians forcibly displaced by the French military. The story of these deportations remains largely unknown, both in France and among younger generations of Algerians.

In Mansourah, You Separated Us shows the ongoing effects of this cruel policy, as Malek and Dorothée-Myriam visit people in the region with vivid recollections of the events. One man recalls his family being loaded into a truck and driven off while a French soldier insisted he remain behind. Another shows his scars from bullet wounds and talks about being troubled by the men he killed. Malek admits to ongoing nightmares. A group of Algerian freedom fighters took to the nearby hills, where the government bombed them with napalm. One of them, a fragile-looking elderly man recalls hiding in a cave, is one of the few who survived—his clothes burned and his eyes seared shut from the attack.

Malek serves as guide and translator for the viewers and his daughter, who does not speak Arabic and is shocked by the silence surrounding the deportations. In Mansourah, You Separated Us helps to break that silence. This film sheds light on a largely silenced, yet essential part of Algerian-French colonial history.

The film is in French and Arabic with English subtitles.

This event is made possible in part thanks to a Title VI grant from the US Department of Education for CCAS as a National Resource Center on the Middle East and North Africa.