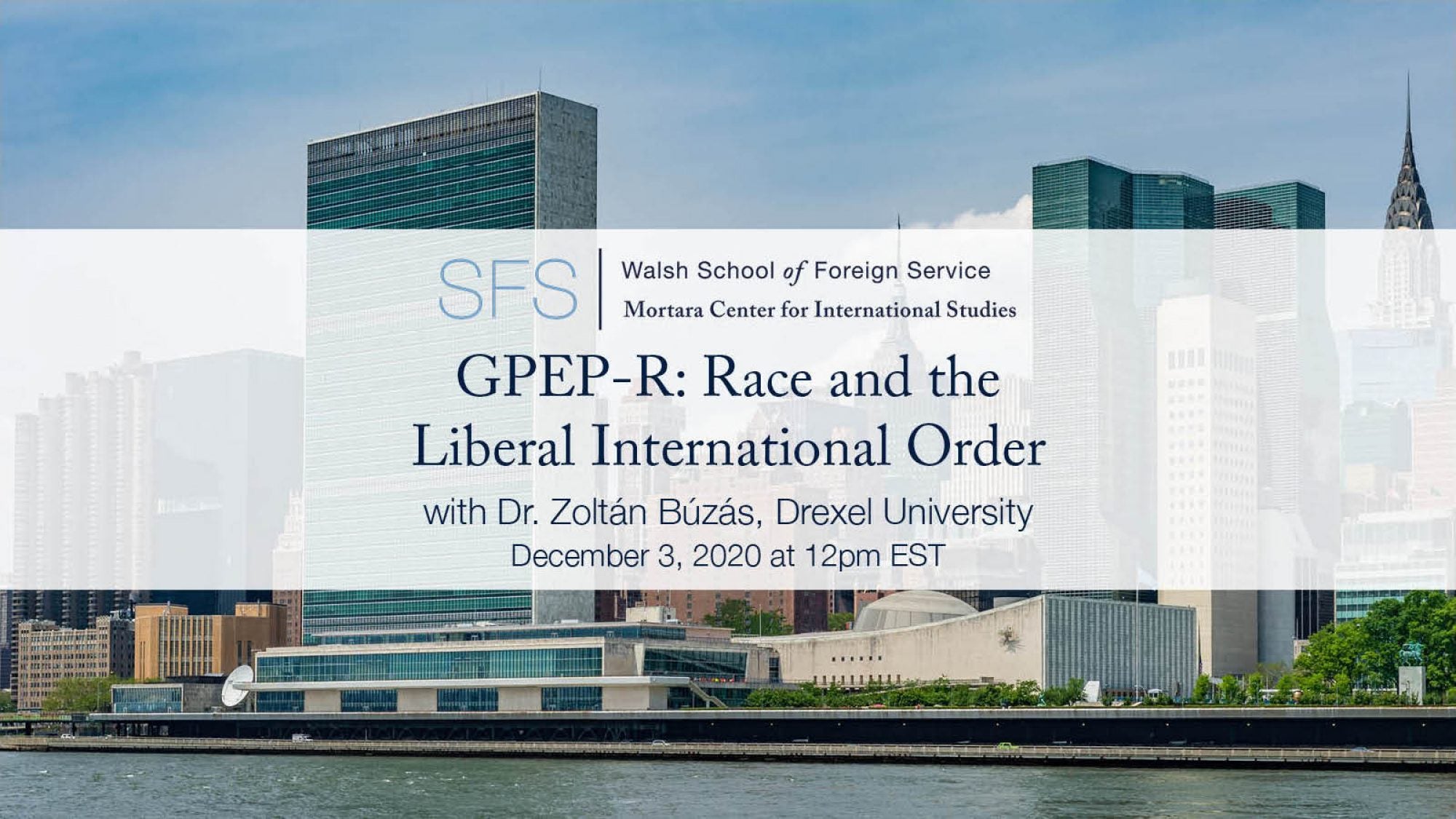 The Global Political Economy Project (GPEP) team presents a series of talks, GPEP-R, which will focus on race in International Political Economy. The talks will be hosted on Zoom and will consist of a 20-minute presentation highlighting the speaker’s research and mapping a future research agenda, followed by Q&A and a broader conversation on the topic. Talks will stream live on Thursdays from 12-1pm ET and recorded versions will be available on the GPEP website.

In this discussion moderated by Professor Kathleen McNamara, Dr. Zoltán Búzás of Drexel University will explore the intersections of race and the liberal international order.

Zoltán I. Búzás is an Assistant Professor of Politics at Drexel University specializing in international law and norms, race, and human rights. His articles are published or forthcoming in International Organization, International Studies Quarterly, the European Journal of International Relations, and Security Studies. His book, Evading International Norms: Race and Rights in the Shadow of Legality, is forthcoming at Pennsylvania Studies in Human Rights.