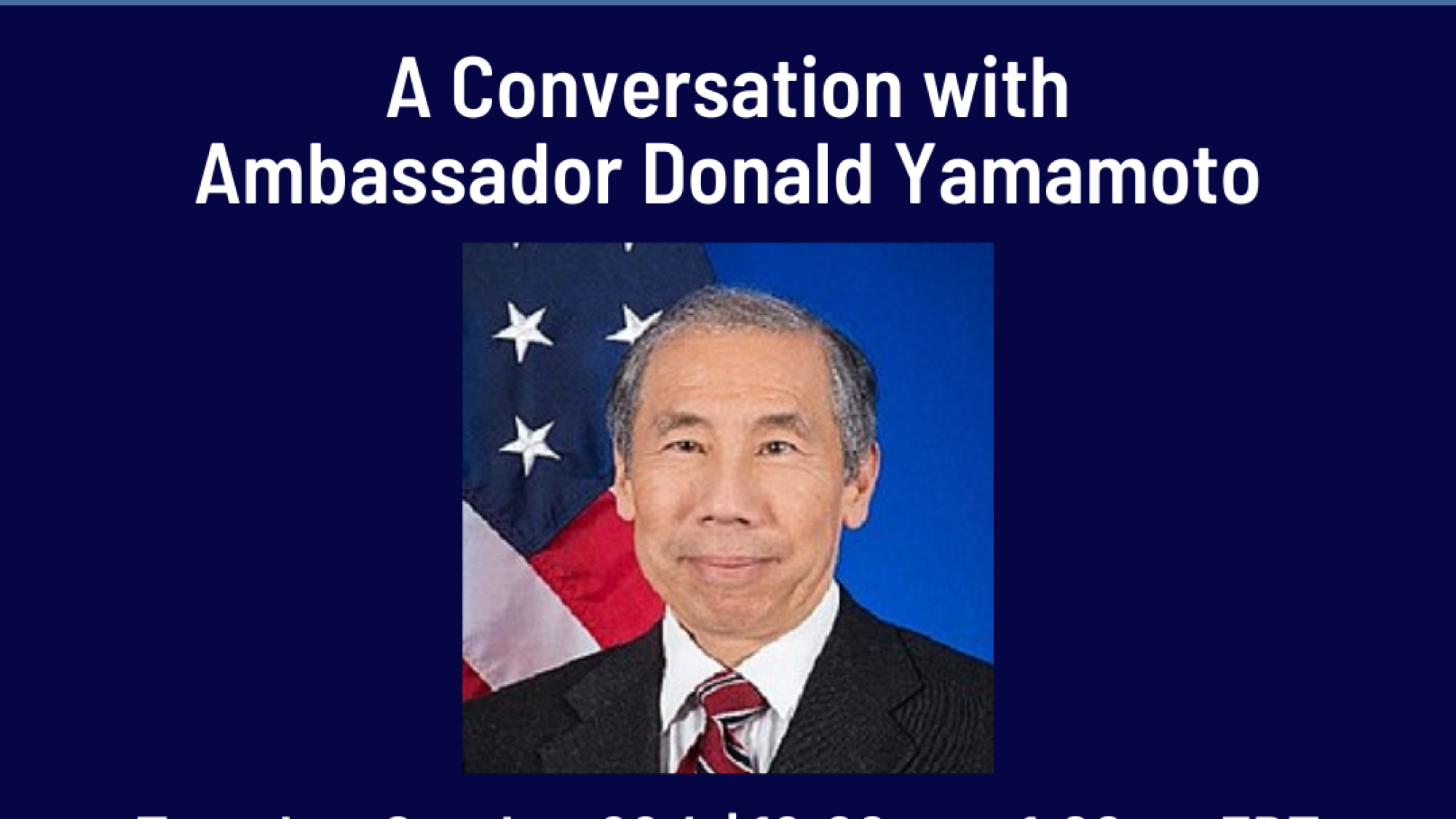 Join us for a virtual conversation with Ambassador Donald Yamamoto.

The Diverse Diplomacy Leaders Speaker Series connects current and former career Civil and Foreign Service Officers with those considering or entering careers in foreign policy. This event is brought to you as part of an Una Chapman Cox Foundation project on American Diplomacy and the Foreign Service.

This event will have live closed captioning.

Ambassador Donald Yamamoto recently retired from the Foreign Service following an extraordinary 41-year career. Most recently, he served as the United States Ambassador to Somalia from 2018 until 2021. Yamamoto was previously the Acting Assistant Secretary of State for African Affairs from 2017 to 2018. He also served as the Senior Vice President for International Programs and Outreach at the National Defense University from 2016–2017; Senior Advisor to the Director General of the Foreign Service on personnel reform from 2015–2016; Chargé d’Affaires at the U.S. Mission Somalia office in Mogadishu in 2016; and in senior positions in Kabul, Mazar e-Sharif, and Bagram, Afghanistan from 2014–2015.

Ambassador Yamamoto is a graduate of Columbia College and did graduate studies at Columbia University, receiving a master’s degree in international affairs. He has studied Chinese, Japanese, Arabic, and French. During his Foreign Service career, he has received four individual Superior Honor awards, two group awards, and the 2006 Robert Frasure Memorial Award for advancing conflict resolution in Africa.

Ambassador Yamamoto will share insights on his Foreign Service career, his work on diversity and inclusion, and offer advice for a successful career in foreign policy.