A Georgetown physics professor collaborates with NIST scientists to demystify a children’s science fair favorite named for a Dr. Seuss classic. The research could enhance protection of police and soldiers and create softer robots.

March 12, 2016 – The demystification of a children’s science fair favorite by a Georgetown physics professor in collaboration with scientists at the National Institute of Standards and Technology (NIST) could enhance protection of police and soldiers.

The cornstarch and water mixture is known as “oobleck,” a shear thickening liquid that is a mainstay of internet videos and science demos, can rapidly switch between a liquid-like and a solid-like state in response to an externally applied stress.

The findings, recently published by Georgetown professor Daniel Blair and his NIST collaborators in the American Physical Society’s Physical Review Letters, deciphers the mechanisms behind the switch.

The name oobleck is from the 1949 Dr. Seuss classic Bartholomew and the Oobleck.

How Much Will Flow? 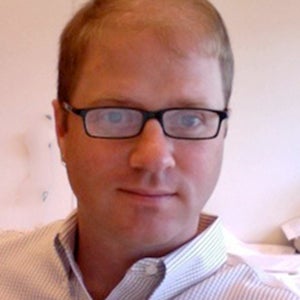 “Our findings will help companies control shear thickening fluids,” says Blair, a founding member of Georgetown’s Institute for Soft Matter Synthesis and Metrology “These odd materials can become much more viscous in response to flow.”

“As you might imagine, industrial applications will want to minimize thickening when a steady flow is needed or have it occur on demand in the case of flexible body armor,” he adds.

Protective clothing applications under development aim to use shear thickening to, for example, strengthen bulletproof vests against knife wounds and enhance protection against projectiles and blast debris.

Even the processing of concrete, another shear thickening substance, could be improved with the new research results, he says.

“They dictate how much stuff you can move and at what speed, which is critical to many fluid processing industries,” Blair says.

NIST materials scientists John Royer and Steven Hudson worked with Blair to develop a new picture that describes the thickening properties of non-Newtonian fluids comprising microscopic particles known as colloids that are suspended in liquids.

“It turns out that oobleck is far too complex to understand because there is a lot of extra stuff going on,” Blair explains. “So we study tiny but uniform silica beads suspended in water because they are easier to control and basically act the same way as oobleck does.”

One picture is based solely on the way fluid moves around the tiny particles as they are forced to flow, known as hydrodynamics. The other is based on the existence of frictional interactions between the particles.

“In short, the first implies that the particles should never contact each other, where the second indicates they must always touch,” the professor explains. “Our experimental results unify the models by showing that both interactions are necessary to observe thickening.”

“But what struck us is that friction tends to play the dominant role – something that was considered unimaginable until very recently,” he adds.

“This means that in the near future there will be a lot of new emerging technology – like soft robotics– that will utilize our results by making friction an integral design component for thickening fluids.”