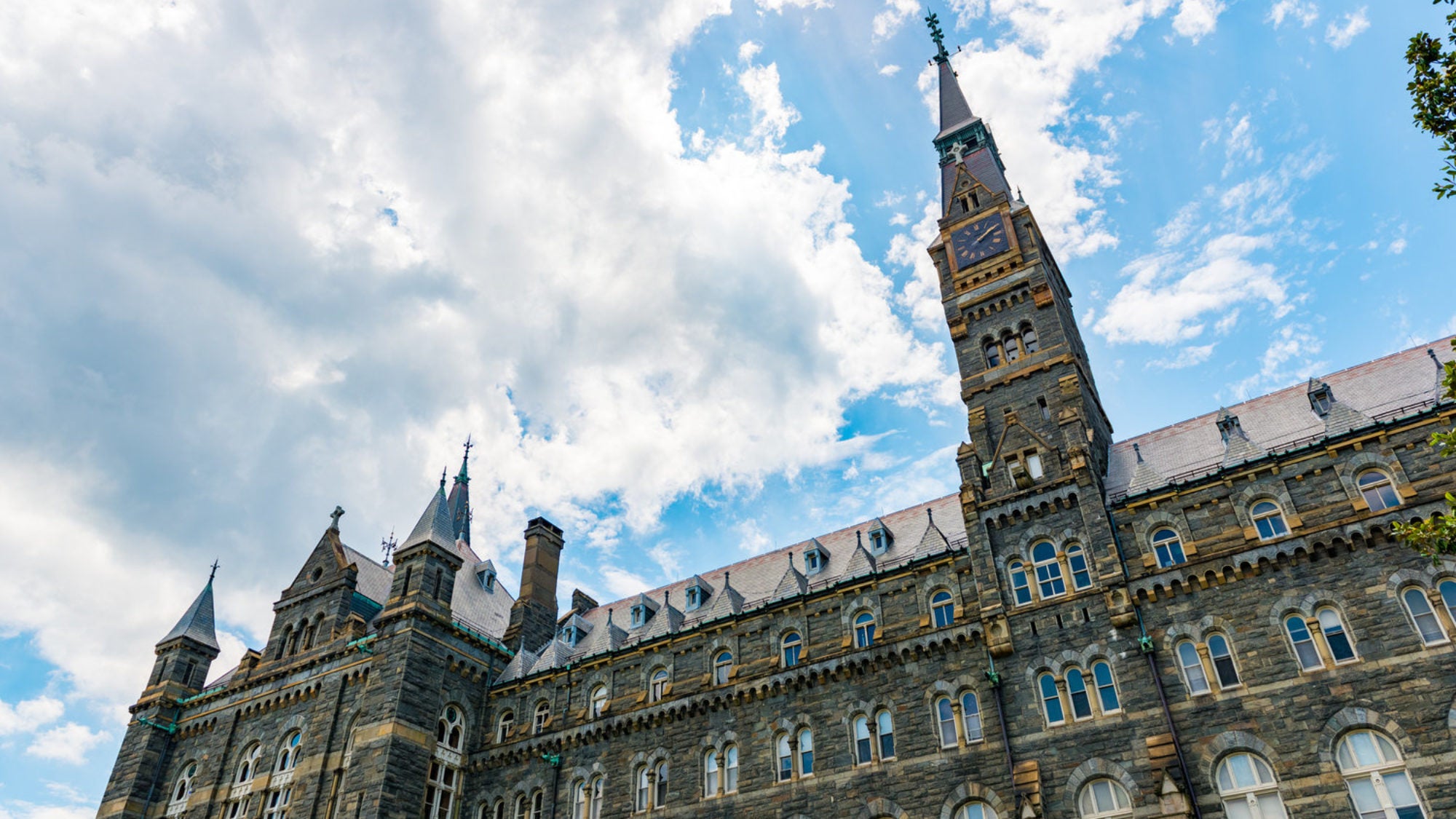 Anthony Kinslow, who oversees human resources at the University of Rochester, will take on a similar role at Georgetown Oct. 1 as its new vice president and chief human resources officer (CHRO).

Kinslow says he is always thinking in terms of service and what he calls a “servant-leader,” which is part of what attracted him to the university.

“In essence, the mission and values of Georgetown are those which I relish the opportunity to support,” Kinslow says. “It is a mission-based organization that takes care of its people.”

Kinslow, a retired lieutenant colonel in the United States Air Force Reserve, has spent his career working in higher education and the health care industries, developing innovative and sustainable human resources practices and promoting workplace cultures of engagement.
“Every academic institution has its strengths and weaknesses,” Kinslow notes. “My goal is to create a collaborative and trusting culture in which we can develop, attract, retain and engage the very best faculty and staff for Georgetown’s mission.”

As Georgetown’s CHRO, Kinslow will be responsible for directing the university’s overall strategic and operational human resources functions, and for providing direction and leadership in the planning, development and implementation of the department’s programs and services.

He will oversee the teams that include talent acquisition and development, employee relations, policy, classification, compensation, benefits and payroll. The position also manages Hoya Kids and the Faculty and Staff Assistance Program.

At the University of Rochester, Kinslow served as Associate Vice President/Chief Human Resources Officer and oversaw both the university and its medical center’s human resources functions.

He also spent several years working at Sisters of Mercy Health System in St. Louis, Missouri, and the Cleveland Clinic in Ohio. And Kinslow served as a human resources leader for the clinic’s domestic and international facilities and affiliates outside Ohio, including in the Middle East.

“During my time at Sisters of Mercy Health Systems,” Kinslow says, “a board member introduced me as the person asked to shepherd their human resources ministry. I had never been introduced that way, but it had an immediate influence on the way I thought about the responsibility I had for the people of the organization.”

“I am very excited about Tony Kinslow’s appointment as Georgetown’s vice president and chief human resources officer, given his breadth and depth of experience in higher education and working at complex organizations in the United States and the Middle East,” says Rosemary Kilkenny, vice president, diversity, equity & inclusion and chief diversity officer and a member of the university’s search committee for the position. “He has a proven and innovative track record as an HR professional and leader, as well as hands-on experience integrating diversity, equity and inclusion into the HR organization in his present and past positions.”

“I very much look forward to collaborating with him on a variety of projects of mutual benefit of our offices and the university,” she adds.

In February 2019, Georgetown COO Geoff Chatas convened a Human Resources Task Force comprising representatives from across the university to explore what an optimal model for human resources could look like. The group presented recommendations, which helped inform the work of the university’s search committee.

Charles DeSantis, who has served as interim department vice president since March, will resume his role as chief benefits officer after Oct. 1.