Janet Reno’s legacy as America’s first female Attorney General and her advocacy for justice and equality is being honored through a new Georgetown endowment focusing on disadvantaged children, and youth and families involved in the juvenile justice, child welfare and related care systems.

Janet Reno’s legacy as America’s first female Attorney General and her advocacy for justice and equality is being honored through a new Georgetown endowment focusingon disadvantaged children, and youthand families involved in the juvenile justice, child welfare and related care systems.

The Center for Juvenile Justice Reform (CJJR) at the university’s McCourt School of Public Policy has launched The Janet Reno Endowment to recognize her strong commitment to improving the administration of the American justice system in these areas.

The advisory committee for the Janet Reno Endowment at Georgetown includes another former Attorney General, Eric Holder, and other luminaries.

“Janet Reno is a passionate, lifelong advocate for children and families,” Montgomery said. “Georgetown and the McCourt School are honored to support and sustain her legacy through the establishment of this endowment.”

“My sister, Janet Reno, believes in liberty and justice for all, particularly our children, who are least able to defend themselves,” says Maggy Reno Hurchalla, an environmental advocate who helped develop the endowment.

“She is very proud that this cause – justice for all of our children – will be advanced in her name, through this endowment,” Hurchalla adds. “All of us who know and love her are very proud of all she has accomplished and of what this endowment will do to continue her work.” 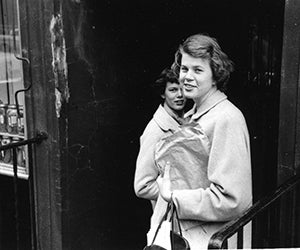 Born in 1938 in Miami, Florida, Reno received her A.B. degree from Cornell University and her L.L.B. from Harvard Law School, where she was just one of 16 women in a class of more than 500 students.

She later worked at two Miami law firms before being named staff director of the Judiciary Committee of the Florida House of Representatives in 1971, helping to revise the Florida court system.

In 1978, she was the first woman ever appointed to serve as State Attorney of Miami, where she prioritized issues around child abuse, neglect and delinquency, set up a special children’s unitstaffed with experts specializing in child abuse and successfully prosecuted many cases. She also helped create the Miami Drug Court. 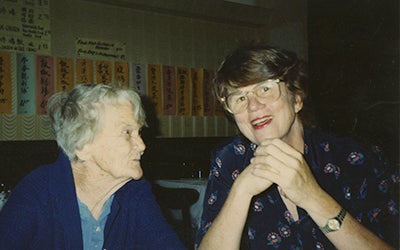 President Bill Clinton appointed Reno to be the first female Attorney General of the United States in 1993, a position she held until 2001.

Under her leadership, additional focus and support were offered to the Office of Juvenile Justice and Delinquency Prevention, which increased its capacity, offering a range of program initiatives relating to comprehensive community-based strategies to address serious, violent and chronic juvenile offenders, mentoring, truancy reduction, child abuse prevention, and youth mental health and substance use issues.

She urged the Department of Justice to look beyond the traditional role of the prosecutor and understand the complex issues and childhood experiences that can cause and lead to delinquency.

“As Attorney General, Janet Reno was a true champion for our most disadvantaged children and families,” said Shay Bilchik, CJJR director. “During her tenure, she inspired those at the Department of Justice and across the country in their fight to ensure that every child was treated fairly, with dignity and given hope for the future.”

Along with Bilchik, who headed the Office of Juvenile Justice and Delinquency Prevention under Reno, the endowment was developed with the support of the former Attorney General’s family, including her sister, and close friends and colleagues such as her former chief of staff, John Hogan, and child advocates Berta Blecke and Trudy Novicki.

Carrying on Her Work 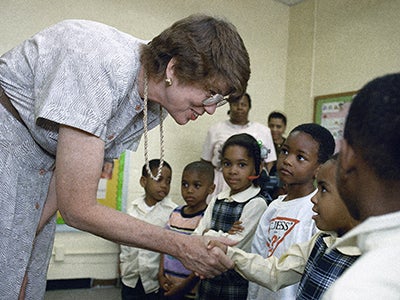 The endowment is designed to help ensure that attention to the issues to which Janet Reno devoted her career are sustained, and to create increased awareness about her contributions to the nation’s children.

Resources to enhance the ability of individuals and communities to lead child and youth-serving system reforms, foster cross-system collaboration and honor exceptional women leaders are also part of the endowment’s focus.

Janet Reno Leadership Awards: The endowment will support the creation of an annual Women’s Leadership Award to honor exceptional female leaders who champion the causes to which Reno dedicated her career.

Janet Reno Forums: To honor Reno’s commitment to juvenile justice reform and prevention, CJJR will hold a series of forums bearing her name to foster dialogue, collaboration and action.

Janet Reno Leadership Funds: The CJJR will coordinate and manage a leadership fund in Reno’s name that supports communities seeking to reform the way they serve at-risk children and youth. The fund will finance training and technical assistance for cities, counties and states seeking to reduce negative outcomes for abused, neglected and/or delinquent children and youth.

Future Policy Leaders: To honor the former Attorney General’s commitment to supporting and cultivating future public servants and leaders, the endowment will annually sponsor one or more McCourt School of Public Policy students to serve as research assistants at CJJR. 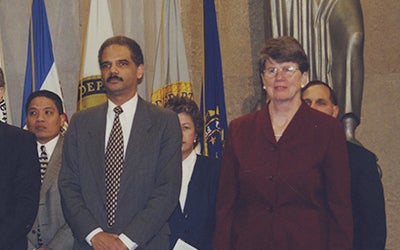 The work will be guided by a Distinguished Advisory Committee, comprising Reno’s former colleagues, policy advocates and juvenile justice and child-serving system experts.