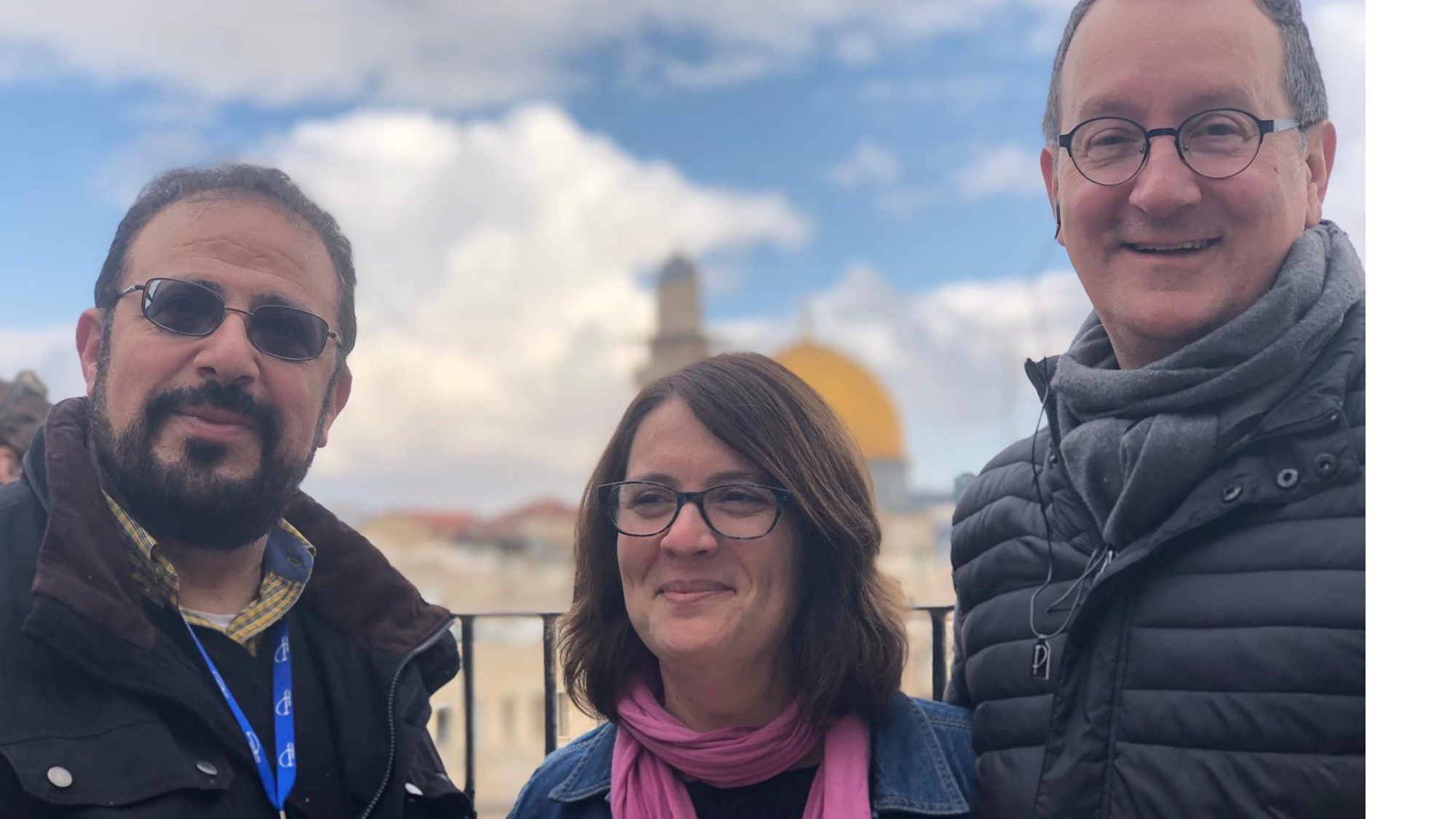 A recent trip to the Holy Land brought new interreligious understanding and inspired feelings of unity for Georgetown’s campus ministry leaders of the three Abrahamic faiths.

Georgetown’s Rev. Mark Bosco, S.J., vice president for mission and ministry, Rabbi Rachel Gartner, director for Jewish Life, and Imam Yahya Hendi, director for Muslim Life traveled to the Holy Land December 29 to January 7 with a small group of faculty and staff, visiting sites that have significance to Catholics, Jews, Muslims and Protestants.

The trip, Bosco said, was inspired by Pope Francis, who invited Rabbi Abraham Skorka and Sheik Omar Abboud to join him on his first trip to the Holy Land. 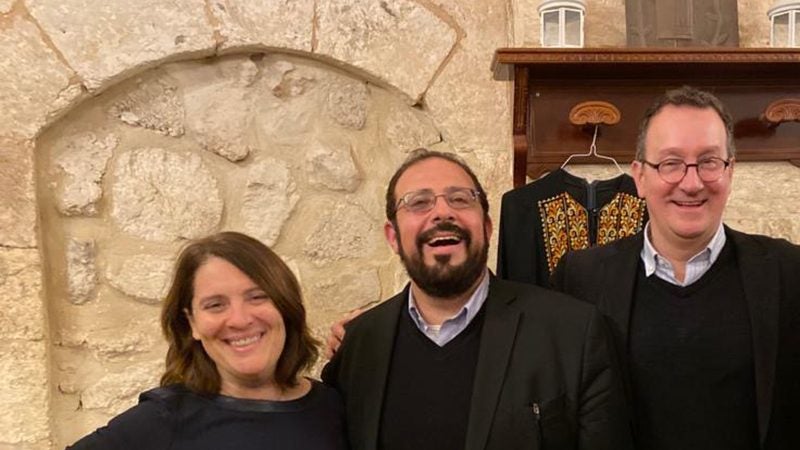 “We wanted to see if we could do a similar ‘pilgrimage of accompaniment’ with our own rabbi, imam and priest,” Bosco said. “This trip sprouted from the deep roots of Georgetown’s Jesuit heritage – a journey of accompaniment with one another to help complicate our understanding of the conflicts in the Holy Land and bear witness to the human joy and suffering people experience there.”

The group prayed together in synagogues, mosques and churches, shared meals with Muslim, Jewish and Christian communities as well as talked with local religious leaders, scholars and peacemakers about the future prospects of justice, security and peace in the region.

“The clash of ideas is the sound of freedom,” Hendi said in a video about the trip, which involved visiting contested places. “As we clash in our ideas and ideals trying to describe a specific house of worship, we come to discover the best of who we are and what we need to do together.”

One highlight of the trip was visiting Hendi’s ancestral home in the village of Kefl Hares, the town believed to be the burial site of Ezekiel and Job.

“Seeing Yahya’s home where he grew up, the lemon tree in his backyard, the spot where he was born, a spot where some really difficult things happened in his life because of the situation … that was profound for me,” Gartner said.

“After knowing you all these years,” she said to Hendi, “to really see your life, it was transformative and just so moving.”

Among the other places the group visited were a bilingual kindergarten in Jaffa started by a Muslim cleric and his Jewish wife; Jacob’s Well; Bethlehem University; the Shrine of the Patriarchs and Matriarchs; and the Stations of the Cross.

The last event was a Mass led by Bosco at the Sea of Galilee.

The three religious leaders said they hope to bring students on their next trip to the Holy Land.

“One of the great things,” Hendi told Bosco in the video, “… is that I’m the Muslim chaplain, but the students will come to my office and not all Muslims – [they are] Catholic, Protestant, Hindu Jewish, Muslim. … They go to the rabbi, they come to you. So you are the priest of the Muslim students. I’m the imam of the Catholics and the Jews.” 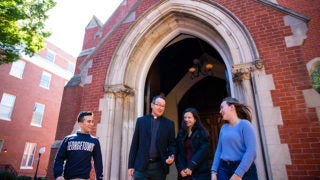 The Jesuit Mission: Seeking God in All Things