Georgetown student Wardah Athar (C’13) has been named a recipient of the George J. Mitchell Scholarship. 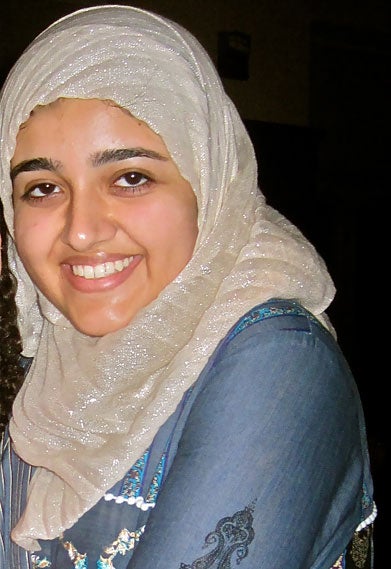 Wardah Athar (C’13) will study neuroscience at Trinity College Dublin after being the latest Georgetown student to win the George J. Mitchell Scholarship.

Georgetown student Wardah Athar (C’13) has been named a recipient of the George J. Mitchell Scholarship.

The neurobiology major, who was born in Pakistan and lived in Houston and Saudi Arabia, will continue her scientific growth and study neuroscience at Trinity College Dublin.

“We are extremely proud of Wardah,” said John J. DeGioia, Georgetown president. “Her commitment to academic excellence, to serving her community and our world, and her continual striving for deeper understanding in her discipline represent the very best of our tradition here at Georgetown.”

The scholarships are named for former Sen. George J. Mitchell (D-Maine), who helped broker peace in Northern Ireland, and provide for a year of graduate study at a university in Ireland.

Athar says her interest in neuroscience stems from an interest in exploring why neuropsychiatric disorders occur as the global prevalence of those diseases exponentially grows.

“In doing so, I will of course increase my knowledge of the brain” she says. “But more importantly, I will have the opportunity to train under and collaborate with leading scientists in my field.”

Georgetown has produced 14 Mitchell Scholars since the program’s inception.

“[Wardah] is a serious scientist, a rigorously objective intellectual,” said John Glavin, director of the Office of Fellowships, Awards and Research. “… She’s a brilliant organizer, and though an idealist, she is also a pragmatist who knows where the fold comes between the desirable and possible.”